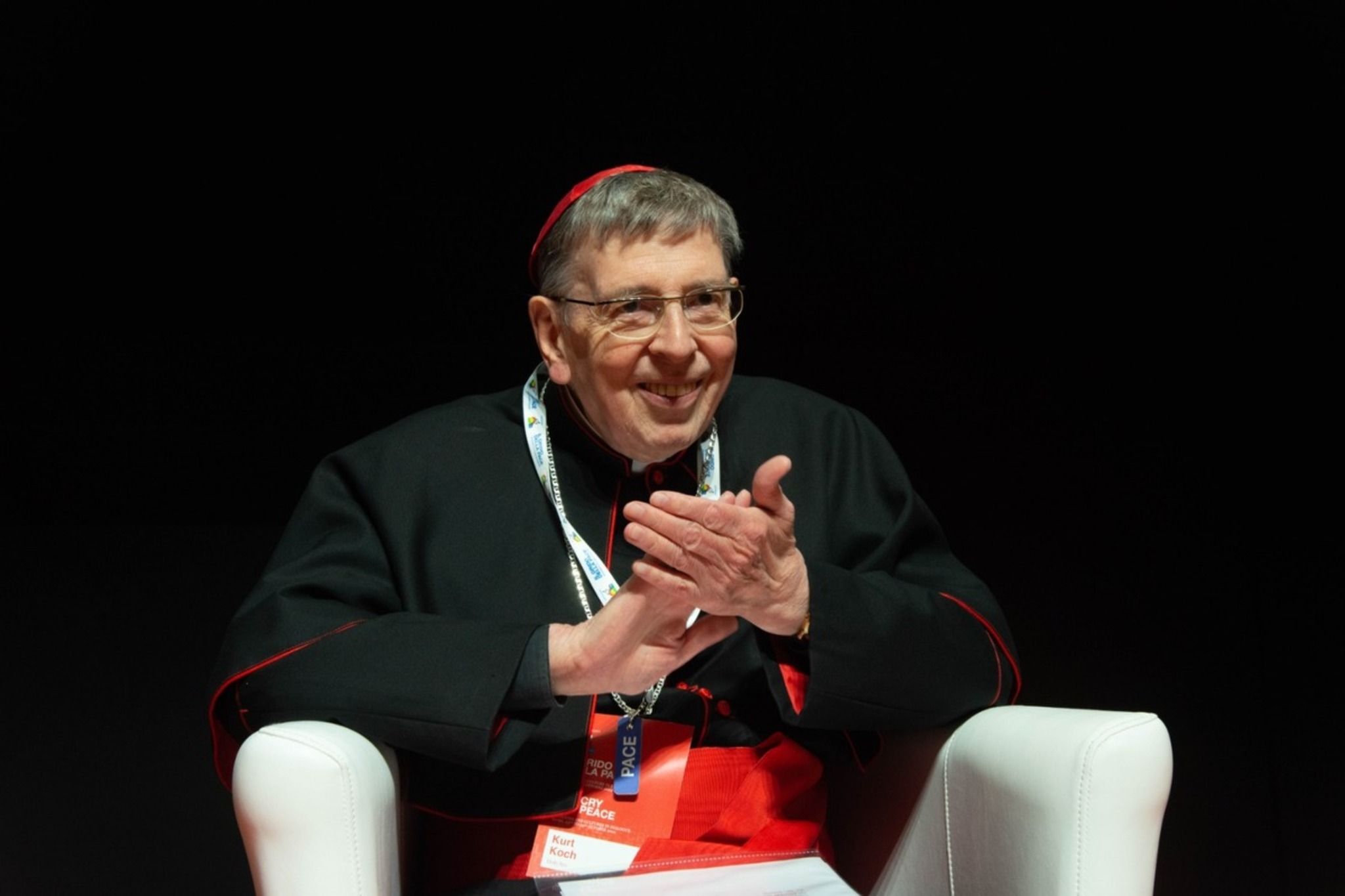 1. “If there is no resurrection from the dead, neither is Christ risen. And if Christ is not risen, our proclamation is without content, your faith also is without content” (1 Cor 15, 13s). With these words, the apostle Paul makes it clear that the Christian faith is at the heart of the paschal mystery. The early Church summed up this fundamental conviction in the following formula: “Abolish the resurrection and you will immediately destroy Christianity”. Given the central importance of the paschal mystery in the Christian faith, it is understandable that Christians wish to celebrate it on a common date.

2. It is enough to take a brief look at history to see that the search for a common date had already begun from the very beginning. Even in the early Church, in fact, the date of Easter was disputed. We could therefore find different dates: some Christians, especially in Asia Minor, always celebrated Easter at the same time as the Jewish Passover, on the 14th of the month of Nisan, whatever the day of the week; this is the reason why they were called quartodecimans. Other Christians, especially in Syria and Mesopotamia, instead celebrated Easter on the Sunday following the Jewish Passover; they were therefore given the name of Protopaschites.

In this difficult context, the merit of the first Ecumenical Council of Nicaea, held in 325, is to have found a uniform rule according to which: “All the brothers and sisters of the East who have until now celebrated Easter with the Jews, will henceforth celebrate Easter in agreement with the Romans, with you and with all of us who have celebrated it with you from the earliest times”. Although the original acts of this council no longer exist, later reports attest that it gave a decisive impetus to the search for a common date for the feast of Easter among all the Christian communities of the empire of time, establishing the Sunday following the first full moon of spring as the date for the celebration of Easter. As it was decided at the same time that Easter should be celebrated after the Jewish holiday of Passover, the common date of Easter between Christians and Jews was abandoned.

3. A new situation arose in the history of Christianity in the XVIe century with the fundamental reform of the calendar by Pope Gregory XIII, who introduced the Gregorian calendar, according to which Easter is always celebrated on the Sunday following the first full moon of spring. The implication of this decision is that, since then, the Western Churches calculate the date of Easter according to this calendar, while the Eastern Churches continue to celebrate Easter according to the Julian calendar, which was used throughout the Church before the reform of the Gregorian calendar and on which the Council of Nicaea in 325 was also based.

4. In the meantime, various dates for a common Easter celebration have been proposed and discussed. The simplest solution would probably be to take April 7, 30 as the day of Jesus’ death, so that Easter is always celebrated on the second Sunday of April. The World Council of Churches has proposed celebrating Easter on the Sunday following the first full moon of spring; in this case, the city of Jerusalem should be the reference point for the calculation of the full moon. Another noteworthy suggestion is that of the Ecumenical Patriarch Meletios IV (1921-1923), who recognizes and accepts the accuracy of the Gregorian calendar while respecting the date of Easter established by the early Church. The Meletian calendar is therefore, at least at first sight, identical to the Gregorian calendar, but the date of Easter must be calculated as if the Julian calendar were still in force.

5. The Catholic Church commented on the question of the date of Easter at the Second Vatican Council in an appendix to the Constitution on the Holy Liturgy The Holy Council(1) adopted and promulgated in 1963 “considering of great importance the desires of many in favor of fixing the feast of Easter on a specific Sunday and of stabilizing the calendar”. Two criteria are mentioned in order to define a new calendar. In the first place, the Council shows itself disposed “that the feast of Easter be fixed on a Sunday determined in the Gregorian calendar” on condition that “there is the consent of those to whom this question matters, especially the brothers separated from communion with the Apostolic See”. Secondly, the Council also declares itself ready to “introduce into civil society a perpetual calendar”, provided, of course, that the seven-day week with Sunday is observed and safeguarded. The desire to find a common date for the celebration of Easter, provided that all the Christian Churches agree, also exists today. Pope Francis has expressed himself in this sense in various statements. The same desire has been affirmed by the leaders of other Christian Churches, including the Coptic Orthodox Patriarch, Pope Tawadros II.

6. The 1700e anniversary of the Council of Nicaea, which will take place in 2025, offers a special opportunity to take up this theme, especially since in 2025 the Churches of East and West will once again be able to celebrate Easter together on the same day, the 20 april. It is therefore understandable that the desire has been aroused to take advantage of this great anniversary to intensify the efforts for a common Christian Easter. The anniversary of the Council of Nicaea, which formulated the Christological confession common to all Christians, prompts us to reflect again also on its decision concerning the date of Easter, and to reconsider it in the present conditions.

In this regard, however, I would like to underline an important difference between the current situation and the time of the Council. At IVe century, the estrangement from Judaism is accentuated; in light of this development, it is therefore understandable that the temporal link and, later, the content link between the Christian Passover and the Jewish Passover could have been dissolved without major theological problems. Today, however, when looking for a common date for Easter, it is imperative to take into account the connection with the Jewish Passover. Not only in the light of the delicate history between Jews and Christians, but also in realizing the essential importance of the Old Testament in the rich liturgy of the Word during the celebration of the Easter Vigil, it would be bad augurs that the Jewish roots of Easter will be forgotten when the question of the calendar is approached today.

7. The effort to find a common date for Easter is an important pastoral objective, especially for couples and families of different confessions and given the great mobility of people, especially during the holidays. With a common Easter date, the deep conviction of the Christian faith that Easter is not only the oldest, but also the most important holiday in Christianity could be expressed even more credibly. The fundamental importance of Easter would be highlighted by a common date, which would also give new impetus to the ecumenical journey towards the restoration of the unity of the Church in East and West in faith and love.