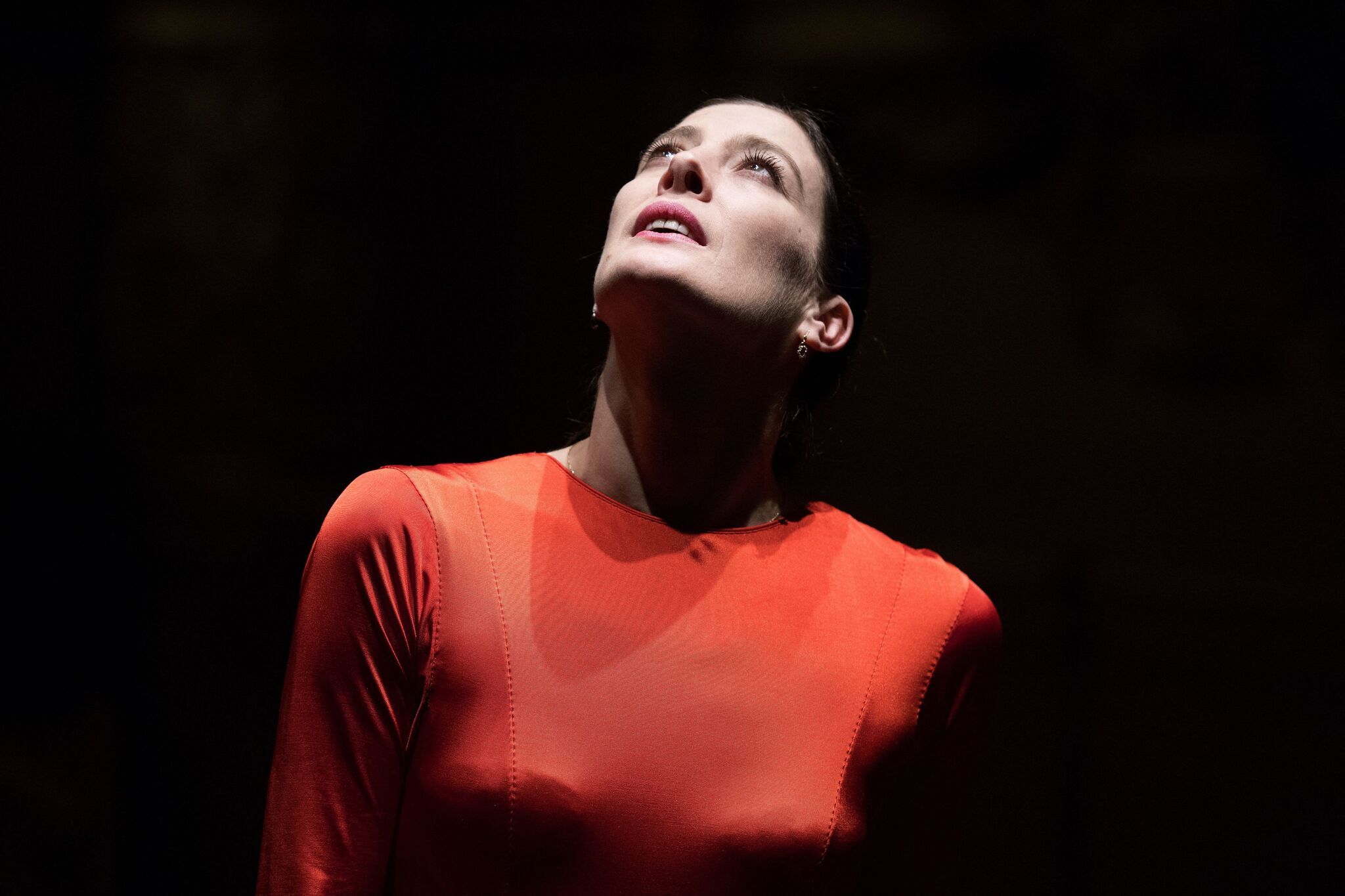 On March 31, 2018, Marie-Agnès Gillot said goodbye to the Paris Opera, adorned with the long bright red dress of Eurydice by Pina Bausch. Four and a half years later, we find her in the blind dressing room of a television studio in the north of Paris, a thousand leagues from the hushed luster of the Palais Garnier, a few hours before the weekly recording of Dance with the stars. «It’s another worldshe acknowledges. Seven years ago, TF1 had asked me to participate in the jury but at the time, with my star schedule, I was not available. My mother loved this show and talked me into accepting it. Sadly she died in 2020, but I know she would have been happy to see me there. »

Her mother, Solange, had enrolled her in her first dance class at the dawn of the 1980s and then, after Marie-Agnès had left Caen for the dance school of the Paris Opera, sent her a postcard to distract her loneliness as a little rat… At 47, Marie-Agnès Gillot distils her memories over get out of the box, an intimate and poignant book, whose title could be the adage of this extraordinary life (1). Entering the corps de ballet of the Paris Opera in 1990, at the age of 15, Marie-Agnès Gillot, nicknamed “MAG”, belongs to the restricted circle of performers who have left their mark on an era. She will have danced everything, or almost. Raymond, Don Quixote, Giselle, The Bayadere, Swan Lake…

Straddling two millennia, her virtuoso peaks dominate the classical repertoire and dazzle spectators with incredible pieces of bravery, with a style and a temperament that belong only to her. This sublime combination of power and grace, ardor and sensitivity, also appeals to contemporary choreographers invited to the Paris Opera: Mats Ek, William Forsythe, Nacho Duato, and more recently Crystal Pite.

Dancing despite the disability

On March 18, 2004 at the Opéra Bastille, Marie-Agnès Gillot was the first dancer from the institution to be named star in a contemporary work: Signs, of Carolyn Carlson, who will say of her: “Marie-Agnès looks like a bird, not a fragile bird, but an eagle. »

Almost twenty years later, the star is still this long vine nearly 1.75 meters tall: imperial head carriage, square shoulders, arms “monkey” which give it a wingspan of two meters. And in the middle of the back, this « bosse » pain that continues to grow, manifestation of an evolving double scoliosis. «I am disabledshe sums it up bluntly. This is also what I wanted to testify to in my book, to give courage to people who are suffering, to tell them not to let go of their dreams. »

When the diagnosis falls, Marie-Agnès has just entered the dance school. Day and night, for ten years, she will wear a corset without telling anyone, hiding it under loose clothes. She knows no respite except during dance sessions, the only hours when she is authorized to remove it. “It was always wonderful momentsshe recalls. I took advantage of every minute I was given to dance before being locked up again… I have always kept this way of dancing, without ever losing a crumb of it.»

The taste of meeting

The dance also erects a visceral rampart against the sorrows of childhood: the absence of her father, who left when she was four years old, the illness of this little brother, barely born and already hospitalized for almost a year. Movement, its mysterious beauties, helps it to breathe, to stand up.

Her thirst for freedom led her down crossroads: in 2009, she danced in the music video for The superbby Benjamin Biolay, tries her hand at theater with Pippo Delbono, contemporary art with Charbel-Joseph H. Boutros in 2014 at the Palais de Tokyo, takes part seven times in Les Enfoirés… In 2023, she should leave for a tour in North America South with The Girl and Deathchoreographed for her by Mathieu Guilhaumon, director of the National Ballet of Chile.

«My background is a little whimsicalshe acknowledges. But I don’t do it on purpose, nothing is calculated. What interests me are other people… Perhaps because it took me a long time to love myself, I have always attached great importance to encounters. »

Today, Marie-Agnès Gillot, also mother of a little boy, Paul, born in 2013, directs the Académie des Sacres, in the suburbs of Reims, where she trains young dancers who aspire to a professional career. «I love this painstaking work on the body, I’ve never found more beautiful materialshe says. I also like to teach amateurs. To give back what was given to me, to share the pleasure of dancing, there is no greater happiness for me. »

His inspiration. “I admire nature’s ability to transform itself”

“Nature is my greatest source of inspiration. She is improbable and so poetic… I admire her ability to transform everything. If we try to prevent a plant from going where it wants, it will do it anyway, even twisted. Somehow, I always told myself that I was like a plant with my scoliosis. To cope with my handicap, I follow nature as a model and it is also with her that I recharge my batteries. I live in Houlgate (Calvados, editor’s note), in the house of my maternal grandparents which I have completely redone. I have the sea fifty paces from my house and on the other side, the forest… It’s wonderful. »

At 88.90 euros at Amazon, this stick vacuum cleaner will make you forget the Dyson models