Why are there shortages at some gas stations (and how long will it last)? 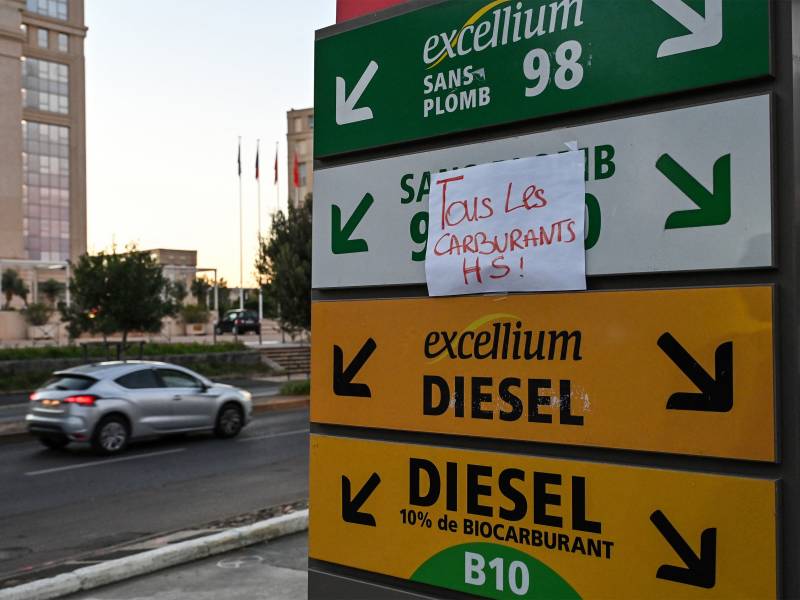 Queues are getting longer at gas stations. Faced with this situation, should we fear a fuel shortage? Asked during the weekly press briefing after the Council of Ministers on Wednesday, government spokesman Olivier Véran dismissed this hypothesis. “There is no shortagehe said, there are tensions, they are temporary, we can explain them and we believe that everything is on the table to ensure that they are resolved. »

“Tensions” that do not weaken. About 12% of service stations in the country are having difficulty with at least one type of fuel at the pump.

The whole of the French territory is impacted by the lack of fuel, but certain regions are more concerned than others, the North and the East in particular.

In the Hauts-de-France region, around 30% of the stations are affected by this lack of gasoline, Olivier Véran said on Wednesday. A particular tension in the North which could be explained by the fact that the majority of the TotalEnergie refineries, on strike, are precisely there.

Government spokesman Olivier Véran explains the tensions over gasoline in recent days for two reasons. The first: since Tuesday, a strike movement in the refineries of TotalEnergies exerts pressure on the stocks of gasoline distributed in service stations. Eric Sellini, CGT coordinator for the TotalEnergie group, indicated on France info this Thursday, October 6, that four of the five refineries operated by Total are shut down.

“It’s time to calculate”: words of those who need gasoline to work

The second reason is due to the discounts set up by the government and by the company TotalEnergie on the price of fuel at the pump. ” VSome stations are victims of their success since the drop in prices is such, at the pump, that there can be tensions on the availability of one or more fuels in the stations”, explained Olivier Véran. Indeed, Total has set up at the start of the school year a discount of 20 additional cents on the price of gasoline, making its price much more attractive.

Prices that obviously do not only interest the French, since this Thursday, October 6, the LR president of the Hauts-de-France regional council, Xavier Bertrand, said on France info that the supply problems were explained in particular “because many foreigners come to fill up with us”.

In addition to the expectations of individuals, some professionals are worried. Especially among health professionals who fear running out of fuel to get to work and to transport the sick. “I had a meeting at the Arras hospital center this Wednesday and the director told me how worried the doctors were about not being able to travel and therefore to take up their post in the coming days”, explained Wednesday, October 5, the mayor of Arras, Frédéric Leturque, on France info.

The SNCF also fears running out of fuel to move the trains that run on diesel. ” We have a week of stock on our tanks in Amiens and Calais and in Laon “, assures Florent Martel, deputy director of operations of the TER Hauts-de-France, to ” the Voice of the North this Thursday, October 6. The railway company is currently considering a plan to deal with the risk of shortages. It could freeze all regional connections in the North and only maintain the Calais-Paris and Laon-Paris lines.

Very quickly, the government wanted to reassure the French: “ We are obviously following very closely, with the operators, the evolution of the situation and we have been led, here and there, when it was necessary, to dip into strategic stocks to allow supplying stations. said Olivier Véran on Wednesday.

A position criticized by Xavier Bertrand this Thursday, October 6. Although strategic stocks were released on Wednesday in Hauts-de-France, the president of the regional council deplored that this action was not carried out ” on a national level “. “It is at the national level that we should have anticipated” et “release strategic stocks”he said.

Should telework be favored to reduce gas and electricity bills?

The spokesperson for the oil industry in France, Olivier Gantois, wanted to be optimistic this Thursday, October 6 at the microphone of Franceinfoensuring that “the situation will improve from today in certain regions”. Indeed, the latter explained that he had used imports to remedy the lack of production of French refineries in recent days. However, it is necessary “time for the product to arrive”even if it is already “coming to some depots”he specified

In Hauts-de-France, where the situation is particularly tense, Frédéric Leturque called on consumers, Wednesday October 5, on Franceinfo, to be ” within reason “. He recommends putting gasoline, “without necessarily filling up the total because you have to leave some to others”. Olivier Gantois advised this Thursday morning “to wait a few hours for the station to be replenished again”.