Strong emotion after the closure of the 514 Camaïeu stores 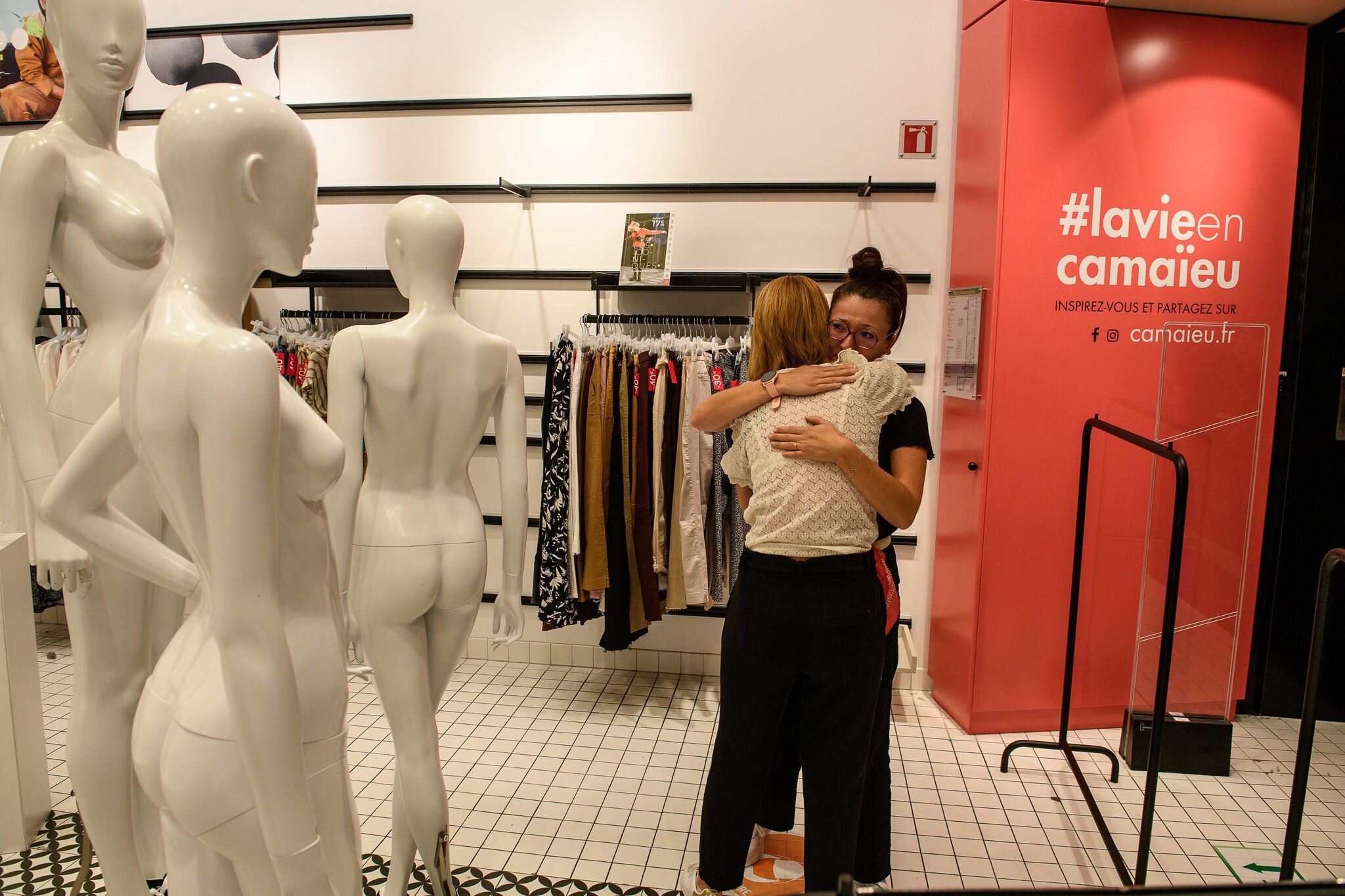 It has long been one of the favorite clothing brands of the French. The Camaïeu brand has definitely lowered the curtain on Saturday 1is October after thirty-eight years of existence. Tears, hugs with the saleswomen, and even goodbye gifts distributed to employees… A bit everywhere in France, scenes have been reported by the press, testifying to the rushes on the latest discounts offered by the brand, but also to the emotion and misunderstanding caused by the permanent closure of the 514 Camaïeu stores in France.

” It’s sad. Until the last minute, I thought they were going to have a buyer, as some stores usually do,” notably reacted to AFP Nini, a faithful of the sign, in the shopping mall of the Saint-Lazare station in Paris. A page that is therefore turning for the millions of customers of this former French flagship of clothing, but also for the 2,600 employees of the brand who find themselves on the floor today.

It was in 1984 that Camaïeu was born in Roubaix, in the north of France, on the initiative of four former executives of the Mulliez group: Jean-Pierre Torck, Éric Vandendriessche, Jean Duforest and Dominique Debruyne. The success is immediate. In the 1990s, the company opened stores with a vengeance, exported internationally, and diversified into children’s fashion and men’s fashion, which it then resold.

Surfing on this wave, its shareholders decided to list it on the stock market in 2000, opening a decade of growth – at the end of the 2000s, the brand had 1,015 stores around the world, including 600 in France – and disappointments. After two takeover bids (OPA) in 2005 and 2007, Camaïeu left the stock market in 2011, washed out, and above all in debt as never before.

It was then that the difficulties really began: in addition to its debt problems, the group, which had become part of the investment fund Cinven, had to face the fall in the clothing market, the development of e -commerce and ever fiercer competition from the giants Zara and H&M.

After multiple attempts to restructure its debt which ended in 2018 with its renegotiation in the form of share buybacks for the benefit of its creditors, the company ended up being placed in receivership in June 2020. It was then taken over for 2 symbolic € by the Financière immobilière bordelaise (FIB) of the businessman Michel Ohayon.

For the 2,600 employees taken over (out of the 3,150 that the company had), all hopes are once again allowed. Michel Ohayon – 107e fortune of France according to Challenges – isn’t he the man who managed to turn around La Grande Récré, before building up a small empire with Gap France (as a master franchise), the Cafés Légal or even the 24 Galeries Lafayette franchises in the provinces? At the helm of the commercial court, he promises to get the company back on its feet in two years.

Lack of renewal and investment

The ace. The brand is struggling to renew itself in a market undergoing total transformation, split between “ultra fast fashion”, the development of more upscale responsible clothing brands, and the success of the second-hand market. In 2022, it represents only 2% of the French clothing market, compared to 11% in its best years.

Added to this, a cyberattack in June 2021 which paralyzed the website, resulting in a deadweight loss of nearly 40 million euros. Plus the recent decision of the Court of Cassation to charge the rents of stores that remained closed during the pandemic.

On Wednesday, September 28, the judges of the Lille Commercial Court refused Michel Ohayon’s continuation plan, which requested support of nearly 80 million euros from the State. The company was liquidated. A decision strongly criticized by the unions, accusing the shareholder of his lack of investment and the State of not having come to the aid of the brand.

Supported by the CGT, around twenty employees would even consider legal proceedings “civil liability” against shareholders. The Camaïeu saga may not be over.

On the transmission side

On the transmission side