Brazil: Lula plays the rally to beat Jair Bolsonaro in the first round 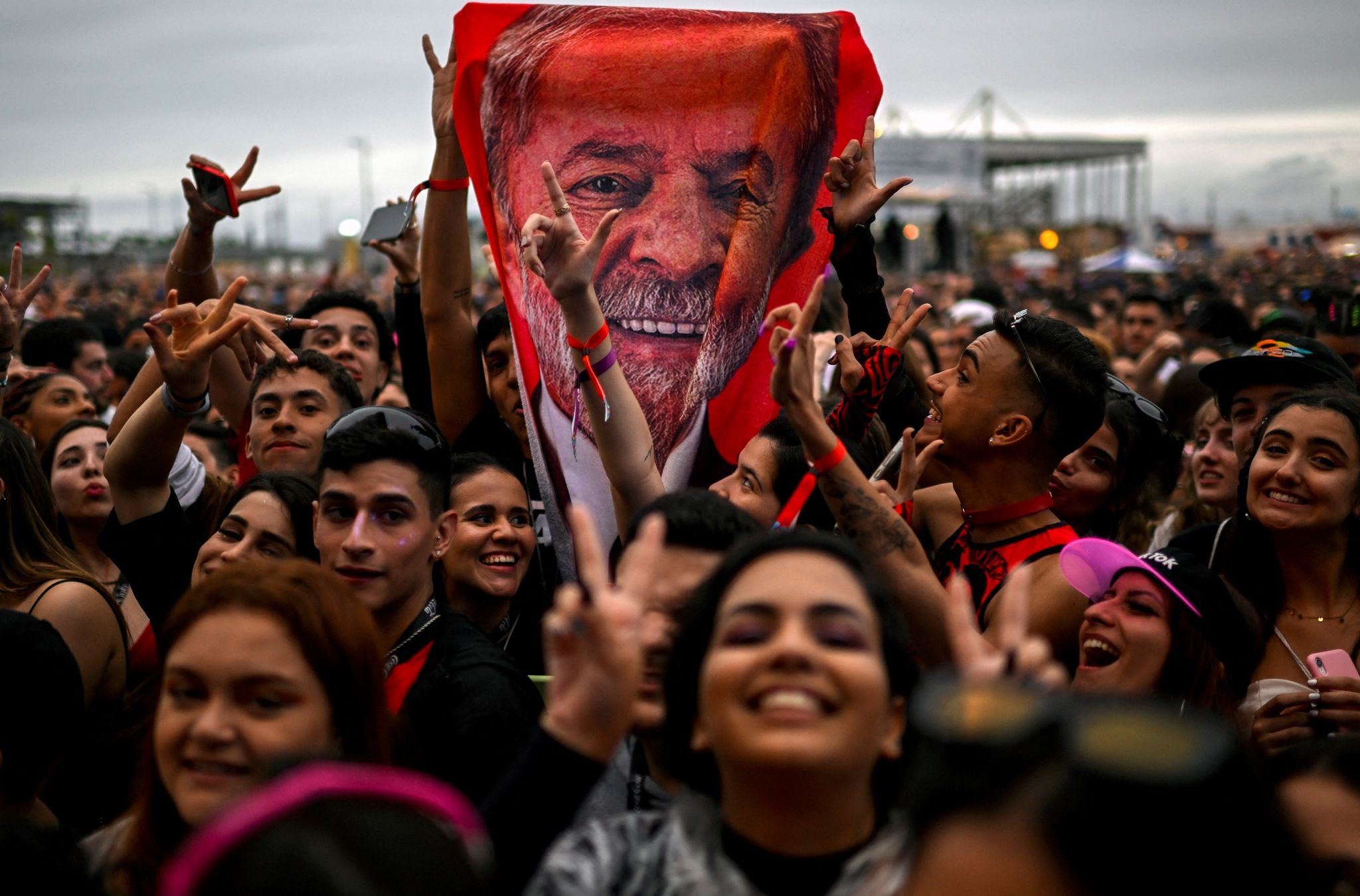 Ils “vote” Lula. About fifty Latino personalities, including former Ecuadorian President Rafael Correa and Argentine Nobel Peace Prize winner Adolfo Pérez Esquivel, are calling on Labor presidential candidate Ciro Gomes to withdraw his candidacy in favor of the leader of the Brazilian left. Objective: to ensure Lula’s victory in the first round, Sunday, October 2. In the final stretch of the campaign, the ex-president, well ahead in the polls, is trying to throw away his last strength to immediately win an absolute majority. And calls on voters to play the useful vote card.

“The important thing is to give him a good scolding! »

Ciro Gomes would collect only about 7% of voting intentions according to the polls, while the centrist candidate Simone Tebet is credited with about 5%. The polarization between the far-right president and the historic leader of the Brazilian left is so intense that the “third way” candidates are crushed. Since they have no chance of qualifying for the second round, Lula therefore suggests that they join him in the first. Celebrities follow suit. “Even if we love Ciro, and we respect his ideas and his program, now we have to vote Lula! », says singer Caetano Veloso in a video, making an “L” (of Lula) with two fingers of his hand.

Several personalities believe that it is better to fight it out and dismiss Jair Bolsonaro in the first round. “The important thing is to give him a good scolding! », says bluntly Sergio Fausto, director of the Fernando Henrique Cardoso Foundation (former president and predecessor of Lula between 1995 and 2002). A victory in the first round would avoid possible tumults between the two rounds, according to the political scientist. However, Jair Bolsonaro himself threatened to contest the election result if he did not obtain at least 60% of the vote on October 2. “He can say whatever he wants. He’s going to end up talking to himself or to a small group of fanatics.” believes Sergio Fausto. Because unlike Donald Trump, the outgoing president, a member of the small Liberal Party (PL), cannot rely on a large political structure.

At 76, Lula has lost none of his negotiating skills, inherited from his trade union career. For his sixth presidential contest, he built a coalition of ten political parties. He also attracted to his side Geraldo Alckmin, who was his social-democratic adversary during the 2006 presidential election. President. But that’s not all.

The former head of state (2003-2010) also received support from eight former presidential candidates last week. The spectrum ranges from the far left to business and environmentalism. Former environment minister Marina Silva had already announced her support for Lula’s candidacy to “green” the image of the presidential candidate, who promised to make the climate his “priority number one”. But the novelty is the return of Henrique Meirelles, a former banker with a winding career, alongside the left-wing candidate. Former president of the Central Bank under the Lula government, he was then appointed finance minister to right-wing president Michel Temer. His comeback in the lulist bosom demonstrates, according to an investor from the “City” of Sao Paulo, that “Lula does everything right” so as not to be rejected in business circles.

His years in prison used against him

His Achilles heel? Corruption… Jair Bolsonaro keeps giving him the title of“former convict”due to the 18 months in prison he served until 2019, due to a major corruption scandal linked to the oil company Petrobras. ” A setup “, he defends himself. His conviction was later overturned by the Supreme Court, and Judge Sergio Moro, who convicted him, was found to be biased.

One week before the first round, Lula poses as the antithesis of Jair Bolsonaro. “He has a unifying profile. He is more flexible, he knows how to achieve his goals without going into conflict. He’s someone with empathy.”, explains Eduardo Bernini, vice-president of the Fernand Braudel Institute, a group of experts from Sao Paulo. Quite the opposite of his opponent, who favors confrontation…

A program focused on social issues and minorities

Lula agrees to launch a new Bolsa familia, the flagship social program of his years in power (2003-2010), paying families 150 reais (€30) for each child under 6 years old. It is also counting on an increase in the minimum monthly wage in order to increase purchasing power.

The ex-president pledges to implement a zero-tolerance policy against gold panning illegal, deforestation and fires in the Amazon.

In order to defend “the rights and territories of indigenous peoples”he pledged to create a “Ministry of Indigenous Peoples” and to appoint an indigenous figure as its head.

Its program also includes social and security measures to defend the LGBT + community in a country heavily affected by homophobic violence, as well as an increase in racial and social quotas in universities.

Energy savings: turning off the Eiffel Tower earlier, quite a symbol

“I am Giorgia, female, Italian, and Christian”

“I am Giorgia, female, Italian, and Christian”