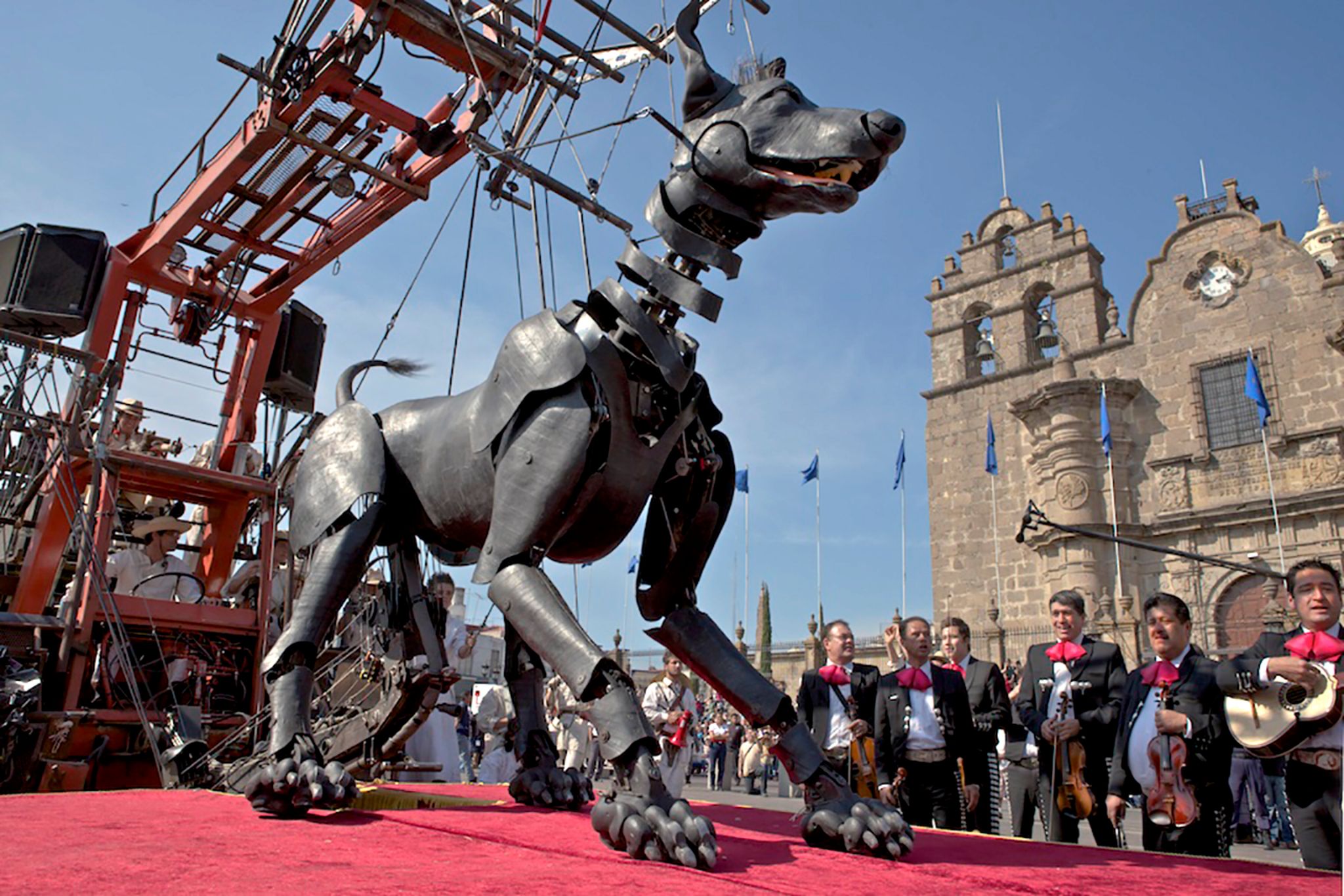 This weekend, it’s the dogs who walk you! On the occasion of Villeurbanne 2022, French capital of culture, the whimsical Royal luxury company invests the city around the Émile-Zola course. Friday, Saturday and Sunday, these specialists in giant creatures will walk two huge dogs through the streets of the Lyon suburbs under the astonished eyes of walkers. A free street show, which promises to be spot on.

Look behind the World Cup

Eric Cantona, Vincent Lindon, The Reunion Daily… They announced recently that they would boycott the FIFA World Cup in Qatar, dubbed a “World Cup of Shame” by many human rights NGOs. And for good reason: since FIFA officially attributed the event to Doha in December 2010, more than 6,500 migrant workers from Southeast Asia have reportedly lost their lives on stadium construction sites. In the documentary The Exploited of Qatar, Amnesty International exposes the harsh working conditions and human rights abuses suffered by millions of workers. The organization is campaigning to “bring the Cup to reason”. Come on Blues, come on?

Take a look in Italy

Meet the one who could become the first woman to lead a government in Italy: Giorgia Meloni. With the September 25 elections approaching, the website of the robust magazine The Great Continent devotes a series of articles to the positions and strategy of this candidate with nationalist and conservative overtones, whose ideas are based on the triptych “God, family, fatherland”. Its emergence in the context of the Italian debt crisis and the renewal of the political class, its concern to stand out from fascism, its application to show itself to be sovereignist without going as far as euroscepticism… A very clear deciphering of the political issues with our neighbours, with points in common with us!

“What is Meloni the name of? ” on legrandcontinent.eu

Pico Bogue and Ana Ana are brother and sister, and their disconcerting replies have already made many readers smile. In this month of September, these disheveled little philosophers are making their comeback with a fourteenth album for the eldest, who opens its pages to his family, and a twentieth for Ana Ana, who prefers the company of her talkative cuddly toys. An opus for big children, another for little ones, for an autumn in good company!

The economy governs our lives. Current inflation demonstrates this more than ever. However, the famous “invisible hand” of the economist Adam Smith or the notions of key rates and stock market bonds seem obscure to many of us. If this is your case, you can count on Gilles Mitteau, a former trader turned popularizer and videographer, who is working to open the doors of the economy. With pedagogy, humor and precision, he makes the most opaque economic and financial mechanisms accessible.

Here is a book to put in the little hands of children who tend to squint too much on the screens. Accessible, illustrated and clever, it points out the pitfalls of excessive use (on human relations, health, the environment, personal data, etc.) without ruling out the advantages of digital technology (for fun, to create)… This book documentary for primary school children is published by Bayard, as The Cross The Weekly.

Vladimir Putin may claim that Russians and Ukrainians are one people, the reality is quite different. This is the clear observation of the academic Anna Colin Lebedev, who scrutinizes the relationship of the two societies to the USSR, to the memory of the Second World War, to the violence of the post-Soviet years, to political power, the Maidan revolution, the annexation of Crimea, the war in Donbass. Throughout the pages, we observe two peoples with distinct trajectories, then radically opposed.

Look for America in Vincennes

Joyce Maynard, Armistead Maupin, Jonathan Franzen, Richard Ford… These are some of the big names in North American literature who are appearing this weekend in Vincennes (Val-de-Marne) for the tenth edition of the Festival America . Meetings, writing workshops and master classes will notably address the place of indigenous peoples, the wounds of slavery, family stories, and of course writing, which readers will also be able to savor in the aisles of the book fair at the festival. Cheers !