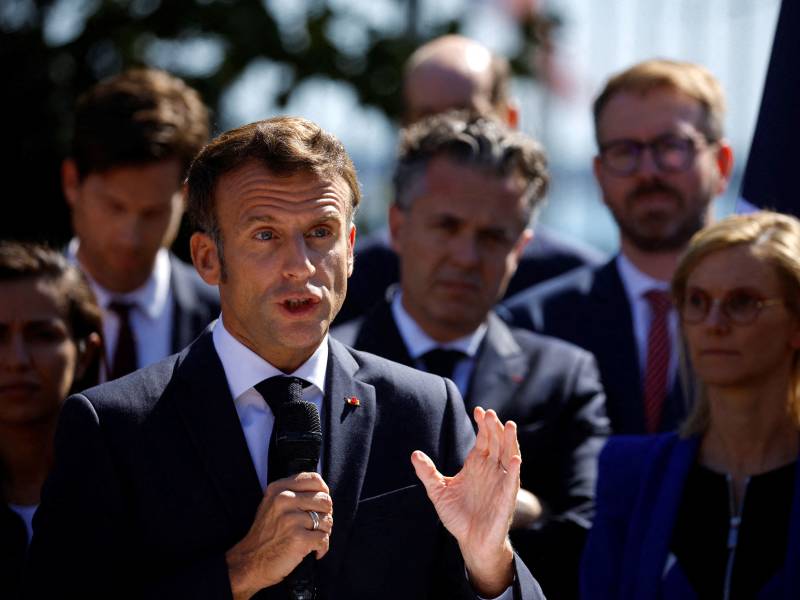 As an energy crisis threatens the French this winter, Emmanuel Macron has made announcements regarding the future of nuclear and renewables. The Head of State, visiting this Thursday, September 22 in Saint-Nazaire (Loire-Atlantique), also estimated that the electricity needs of the French would increase by “ 40% by 2050”.

“All ENR [énergies renouvelables, NDLR] does not work, all nuclear does not work”justified Emmanuel Macron. “And what we are experiencing today with the war, what some neighbors like the Germans are experiencing even more, is that the key in terms of energy is the diversification of the model. »

According to Emmanuel Macron, France must go “twice as fast” on the commissioning of renewable energy projects, wind and solar in particular, to meet the country’s electricity needs which will increase.

He confirmed the objective of installing a “fifty offshore wind farms”as well as pursuing onshore wind power “particularly thanks to a reduction in the time required to examine files which must remain [compatibles] with the preservation of biodiversity and the consideration of contentious appeal procedures”.

Energy crisis: the great fear of the blackout

He also promised a better “value sharing” for renewable projects with communities and local residents, which will primarily concern offshore wind turbines, which are often disputed. “In nuclear, there is a real return for the municipalities, which has helped with acceptability, we must do the same for renewable energy projects”said Emmanuel Macron.

Among the avenues for the development of solar energy, the Head of State mentioned “land release” to install more panels on the wastelands, citing the edges of highways and railways, but also some agricultural land with agrovoltaism.

Accelerate the construction of nuclear reactors

Furthermore, the Head of State said he wanted to go ” much faster “ in the construction of six new generation nuclear reactors, which he had set for 2035 in his speech in Belfort in February.

“I announced the first tranche in 2035 for nuclear. What I want is for us to go much faster”he insisted.

This summer's drought will cost between 1.6 and 2.4 billion euros… only for damage to buildings