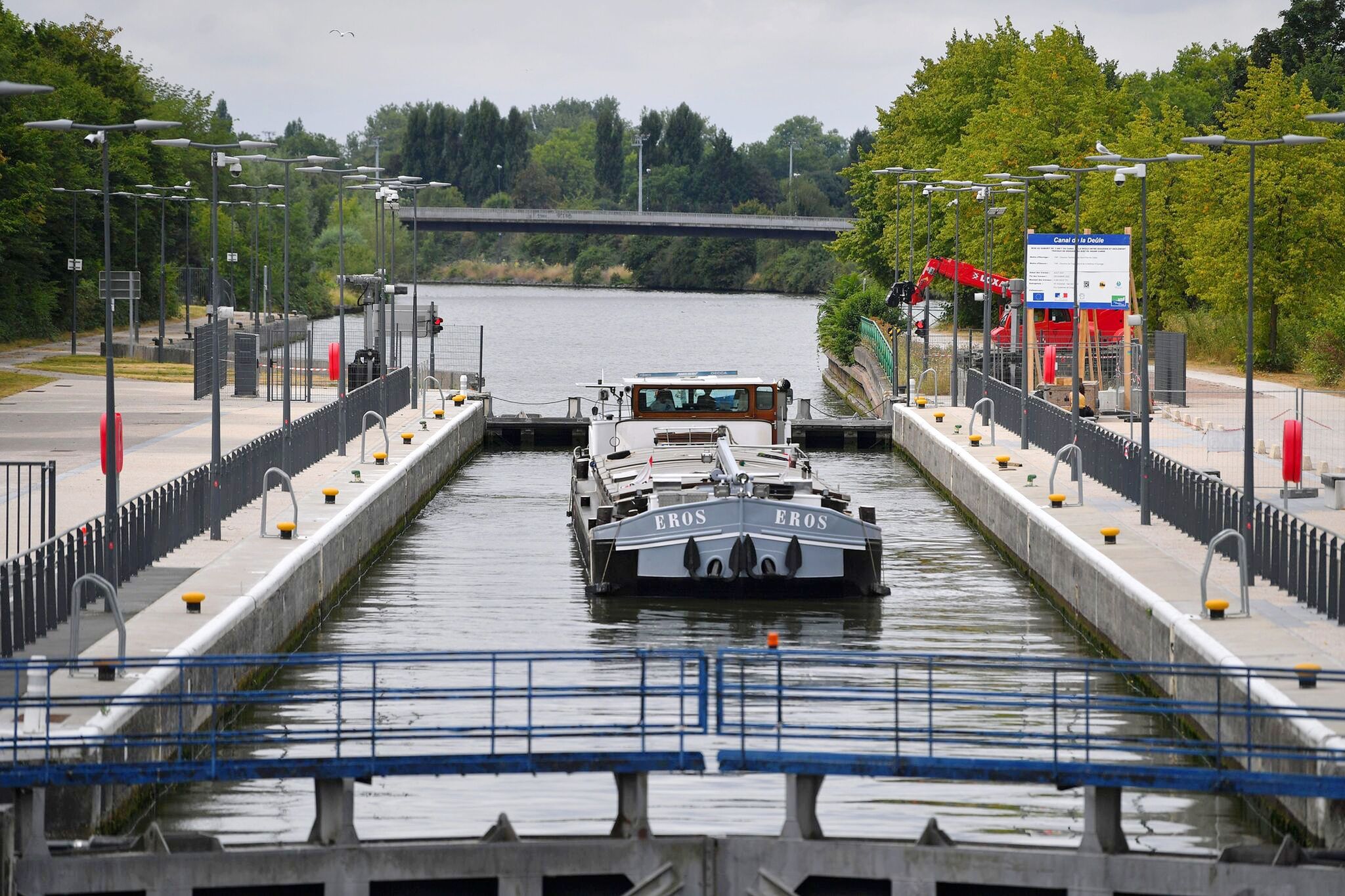 The drought is considerably hampering the river transport of goods this summer. While France is experiencing a new episode of heat wave, the water level of the waterways is at its lowest. Voies navigables de France (VNF), the main operator of French waterways, points out that« au 1is July the overall filling rate of our water reserves on a national scale is 60%, compared to 72% on 1is June 2022”.

The consequences are serious: “In these periods of drought, it is increasingly difficult to reconcile all uses, navigation, irrigation, drinking water supply and leisure”, notes Stéphanie Peigney-Couderc, deputy director for the Seine et Loire downstream basin at Voies navigables de France.

Whether in the South-West or in the Nord-Pas-de-Calais, many shipping lanes are in a low water situation, the time of year when the level of a river reaches its highest point. down. The episode astonishes by its duration and its intensity. And river charterers are forced to adapt.

In some navigable areas, it has been decided to group boats together when passing through locks. It limits the quantities of water released. When necessary, the boats are also less loaded to prevent them from touching the bottom of the rivers. This is the case, for example, at the port of Frouard, the second largest grain port in France.

“In the east of France, in Alsace and in Moselle, the boats can only take a third of their usual load of goods to avoid touching the bottom in the Rhine part”, emphasizes Jean-Marc Thomas, managing director of the river transport company and operator of CFNR Transport. These measures result in “the explosion of river freight prices”, he explains. The rise in prices also owes the Germans: “With their diversification strategy to do without Russian energies, they operate their coal-fired power plants via river freight. They buy boats at any price,” adds Jean-Marc Thomas. The number of boats in circulation is multiplied. Delivery times for goods are longer.

However, it is difficult to envisage a transfer to other modes of transport for these goods: “There is a lot of work this summer on the rail network and the sector is experiencing a labor shortage. Similarly, road transport capacities are saturated. » To assess the extent of the disturbances, Jean-Marc Thomas adds that “20% of the volumes of goods arriving and departing from the north-east of France do so by waterway”.

Stéphanie Peigney-Couderc nevertheless stresses that the Seine is little affected. “Four large lakes guarantee a sufficient water supply for the Seine”, she explains. The river sees nearly 40% of the transport of French goods. To remedy the delays, “some charterers are postponing their routes initially planned by the east of France to the Seine basin”, she adds.

On the side of river tourism, the consequences are also important. The sector generates 1.4 billion euros in economic benefits each year. The regrouping of transport boats when passing through the locks lengthens the waiting time for tourist boats. Even worse, “The closure of 579 kilometers of canals forces tourists to review their itinerary. Hotel barges are blocked in certain areas,” emphasizes Stéphanie Peigney-Couderc.

Drought also causes “the proliferation of invasive alien plants”, she specifies. The phenomenon is accentuated by the restrictions of passage on certain axes. These plants strongly disturb the navigation of tourist boats in the canals. For now, the solutions used to fight against this proliferation are expensive and their effect is limited in time. Water uses are currently being discussed in the interministerial crisis unit (CIC) activated on Friday August 5 by Élisabeth Borne.