Presidential in Kenya: the candidates for fishing with the voices of the young people 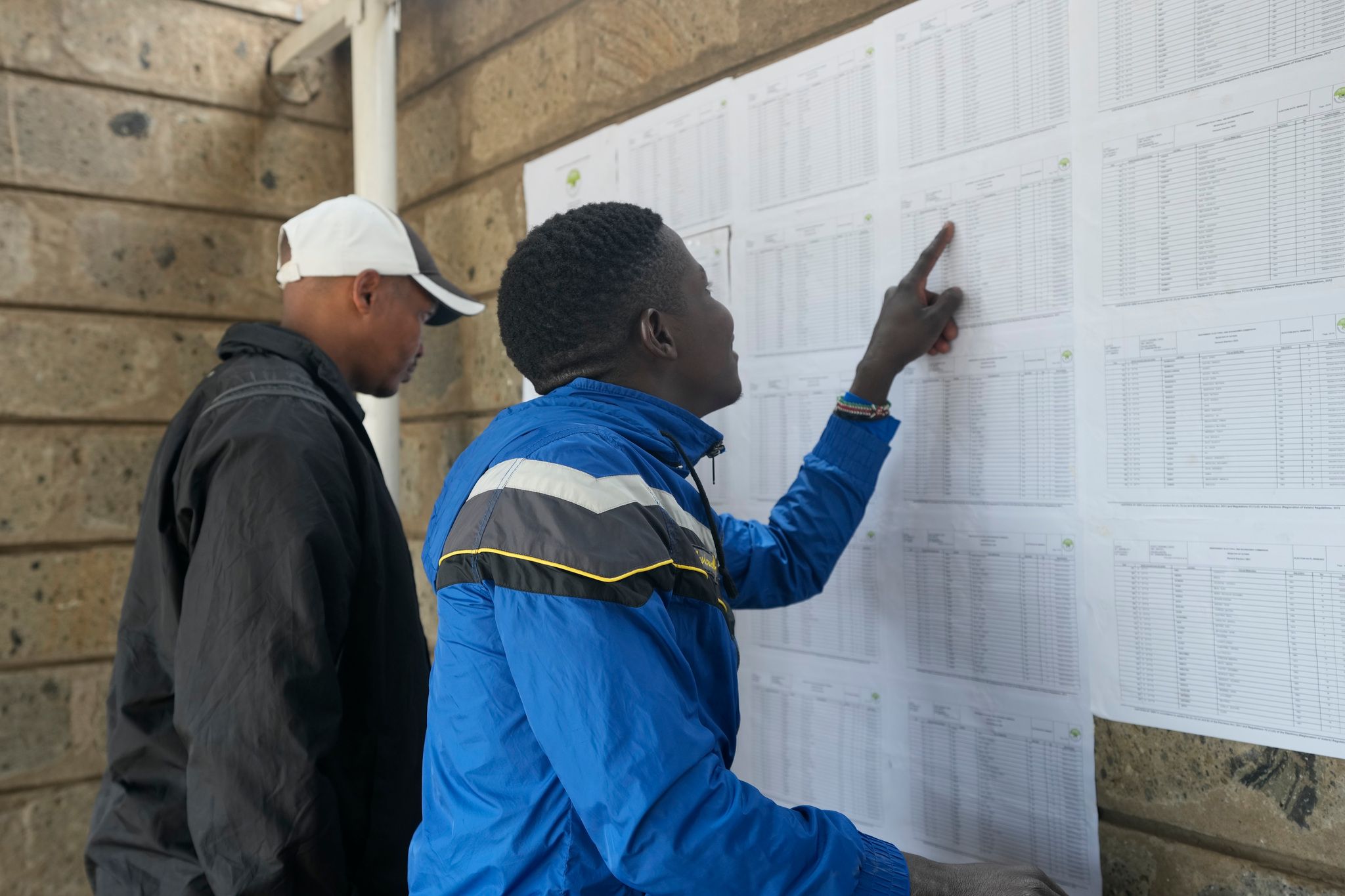 In the clip of one of his campaign songs, Raila Odinga, 77, dances, jeans and sneakers on his feet, surrounded by 20-year-olds. William Ruto, the current vice-president, has taken up a title from a young rapper, Exray Taniua, to animate his political meetings.

If these two main presidential candidates deploy their creativity to attract the attention of young people, it is because the under 34s represent three quarters of the Kenyan population, according to government figures. However, mobilizing them is a challenge. Because barely 40% of 18-35 year olds are registered on the electoral lists.

In Mukuru, an informal neighborhood in the east of Nairobi, the Kenyan capital, the youth association organizes a café-debate every Tuesday. That day, the conversation is about abstention. Sensitive subject while out of 17 participants, only eight think of going to vote. The others have lost hope of seeing a government improve their living conditions.

Sitting on sofas made of wooden pallets, the young people explain that they are unemployed or do odd jobs as they face a difficult economy. Cumulative consequences of Covid-19, the drought that is raging in the country or even the war in Ukraine, the prices of food and fuel have exploded.

“My hopes, I place them in my work, not in the government”

Faced with this crisis, William Ruto and Raila Odinga try to reassure. The first is positioned as the champion of “resourceful”defending an economy “ascending” starting from the base and going up to the top. The second poses as a father figure and promises monthly aid of around €48 to the most vulnerable households.

But in the colorful premises of this Mukuru association, young people are skeptical. «Where will the funding come from? asks Hopeson Juma. The government will still borrow and then tax industries or the population to repay”. This 20-year-old has made his choice: he will not vote. «I don’t see how it’s going to change my life.” he specifies.

Sitting nearby, gray hoodie on his back, Evans Iteno nods. “My hopes, I place them in my work, not in the government», explains this dancer, who has started raising rabbits. He won’t vote either. “Politicians come to us with lots of promises but never keep them”, he justifies.

To convince them to vote, the politicians do not fail to exploit the economic situation and go so far as to distribute food, small gifts, and even money. Interior Minister Fred Matiang’i warned on July 27 that banks were in short supply of small denominations, siphoned off for bribes.

This trend worries Nerima Wako-Ojiwa, head of Siasa Place, an association for the inclusion of youth in politics. “In the Kibera slum in Nairobi, I see young people who are no longer even looking for work but go to campaign ralliesexplains the young activist. What will become of them once the election is over?»

In Kenya, politics often rhymes with money. Difficult for the small candidates to make a place for themselves when the larger ones multiply the billboards with their effigy and arrive by helicopter at their gatherings. In the local Mukuru, young people deplore the lack of new faces in politics. “The election is played between two candidates, mine is not one of them, so what is the point of going to vote? »asks one of them.

Corruption issues are also discussed. William Ruto’s running mate, Rigathi Gachagua, was notably ordered on July 28 by a Kenyan court to reimburse nearly 1.7 million euros to the state, after failing to explain why he had received this sum of money. from various government agencies. He appealed. For the young people present in the Mukuru room, this political class seems very far from their daily concerns.

The mitigated assessment of Uhuru Kenyatta

Outgoing President Uhuru Kenyatta is not running again. having already served two terms, the maximum allowed by the Kenyan constitution.

According to a survey by the Tifa Institute published on July 28, 73% of respondents said they were satisfied with his infrastructure projects, 70% with the improvement in the security situation under his presidency, but 42% pointed in first place to their economic difficulties as a negative aspect of his mandate.

Inflation reached 8.3% in July, its highest level in five years. Kenya is also highly indebted: 60% of state revenues go to repaying its debt.

What if supporting purchasing power was… a bad idea?