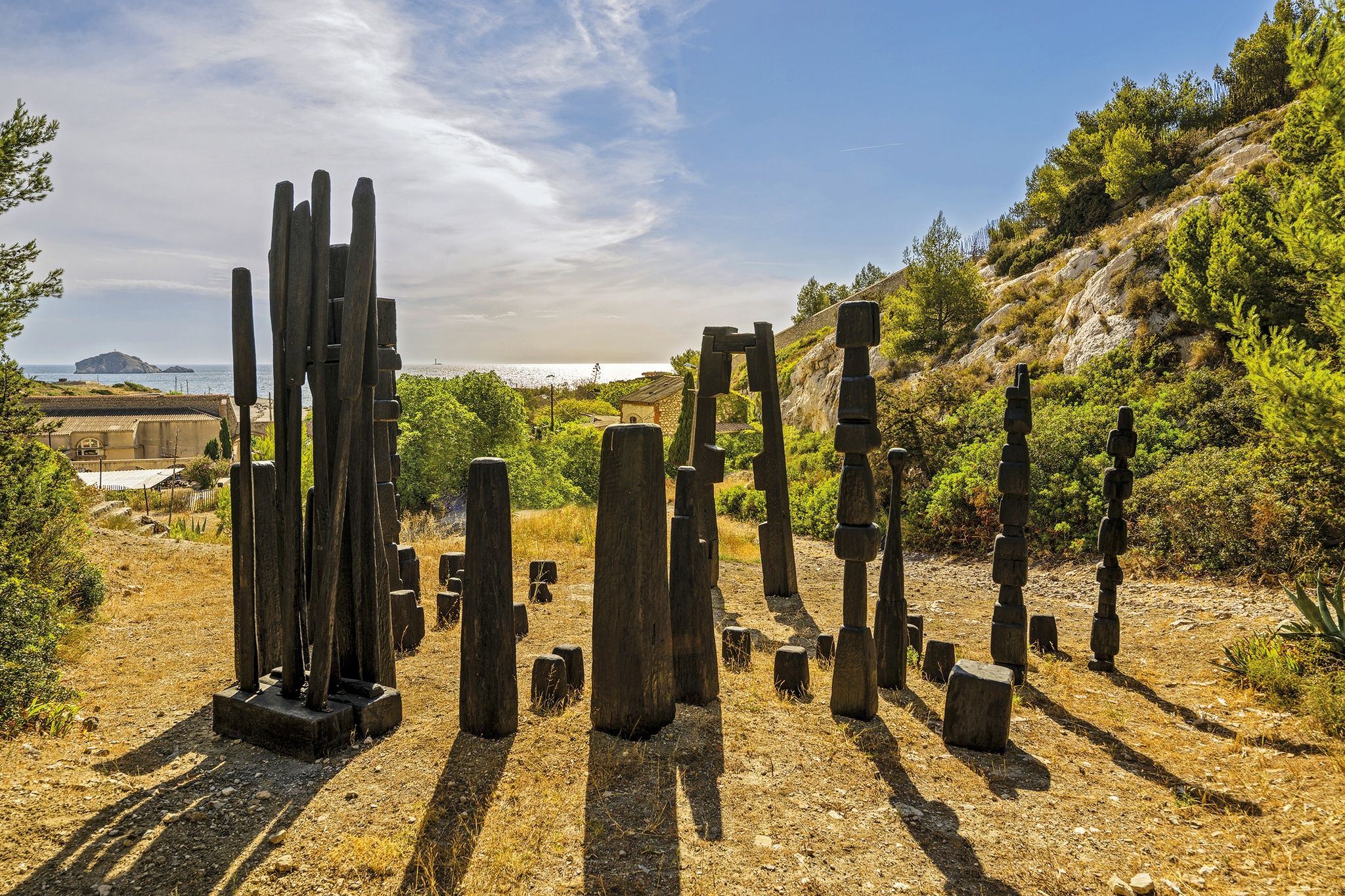 Indifferent to the blazing sun, the blackened oak totems stand between the pines. They traveled a lot before stopping at the edge of the Mediterranean. Created between 1964 and 1966, Forest Summer grew in the gardens of Meudon by the sculptor François Stahly, before staying in the Rockefeller Park, near New York. Here it is now nestled in the heart of an industrial wasteland. Between 1851 and 1925, hundreds of workers worked here to transform tons of rock rich in lead ores, used for armaments and pipes. Then the factory closed and the facilities fell into disrepair, before a car junkyard moved in, then rag pickers, etc.

The current owner, Éric Touchaleaume, Parisian antique dealer and gallery owner, specialist in the architect and designer Jean Prouvé, fell in love with Marseille at the age of 16, while spending holidays with his uncle. He acquired the Friche de l’Escalette in 2011, but it took eight years of legal proceedings to evict a squatter and begin rehabilitation work on the site. Sensitive to “shed philosophy” dear to Jean Prouvé, Éric Touchaleaume and his son Elliot have built a project that respects industrial heritage and the environment. On the heights, the ruins will be preserved and consolidated with resin concrete. Below, the old workshops will regain their roofs to accommodate design studios, restoration and exhibition spaces. To finance this project, Éric Touchaleaume relies on his Galerie 54, located in Paris, and does not intend to seek public subsidies, except for the depollution of the site.

For now, the works on display are limited in number, but selected with taste. The visitor cannot deviate from the marked path which leads from the pavilions of Jean Prouvé to The dancing man by Pierre Tual, steel sculpture nestled in an old oven. Every summer, new artists add their touch, such as the surprising sleeping beast with the cardboard coat of Lilian Daubisse and the poetic installation of Perched huts by Marjolaine Degremont. A joyful celebration of the marriage of art and nature.

The other measures of the Biden plan