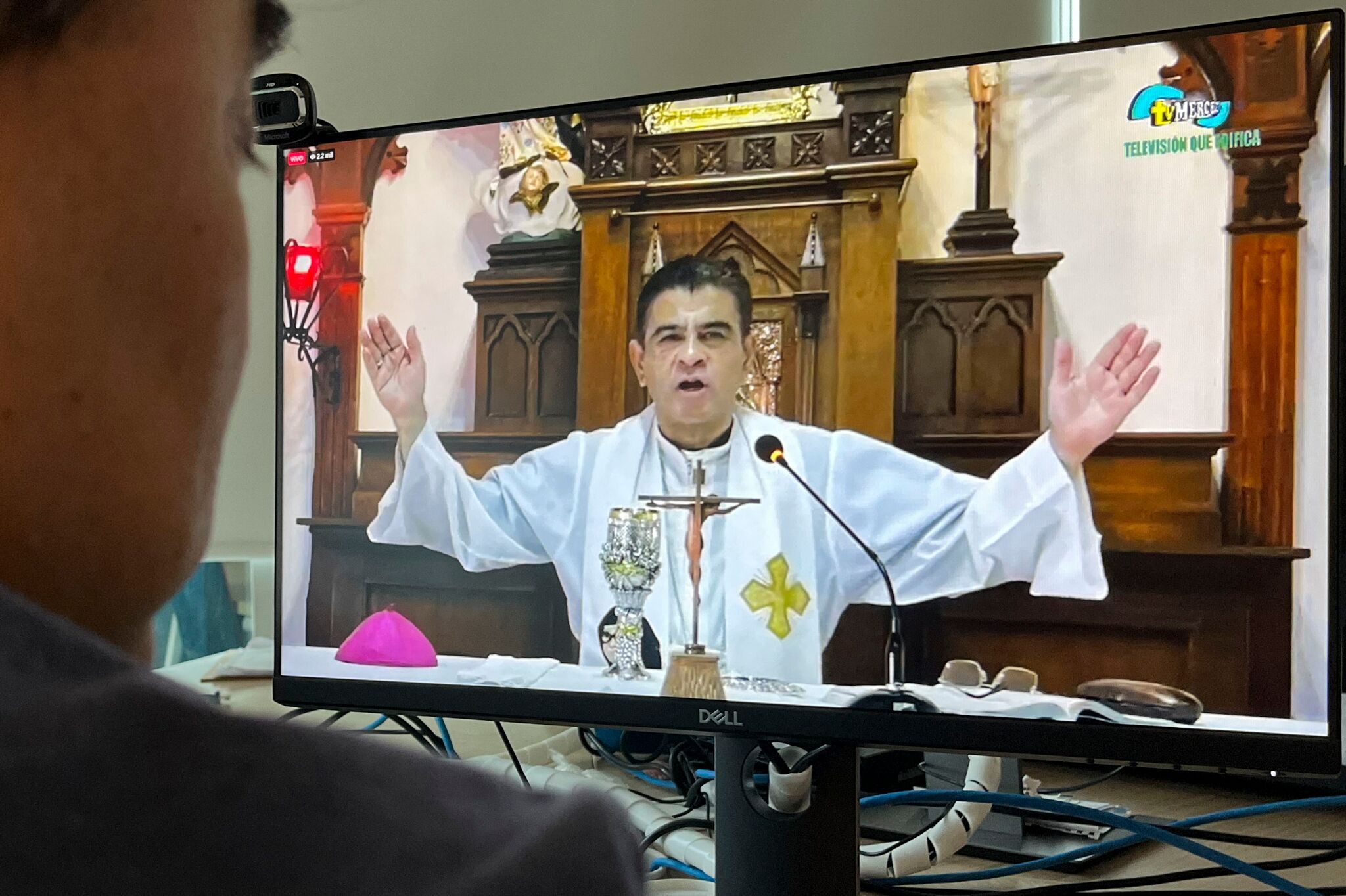 Nicaraguan police announced on Friday August 5 that they had opened an investigation for “criminal acts” due to incentives “to hate”while denouncing “the situation created (…) under the auspices of the Bishop of Matagalpa”besieged since Thursday in his bishopric by the police.

The bishopric blocked by the police

In an official communiqué, the Nicaraguan police accuse the “high authorities of the Catholic Church of the Diocese of Matagalpa, led by Bishop Rolando José Alvarez Lagos, of attempt to organize violent groups, inciting them to commit acts of hatred against the population”. Ces “actions”ont“intended to destabilize the State of Nicaragua and to attack the constitutional authorities”, assures the statement of the police.
In Nicaragua, the power targets the Catholic Church

Police say they have “opened an investigation to determine the criminal responsibility of those involved in these criminal acts”. “Those under investigation will stay at home”, further specifies the press release, which since Thursday has prevented the bishop and the priests who accompany him from leaving the episcopal seat.

Bishop Alvarez, critic of the government of President Daniel Ortega, had demanded Thursday the respect of the” freedom “religious after the closure by the authorities of Catholic radio stations and denounced a ” harassment “ policeman.

Prevented from joining his cathedral, he celebrated a mass on Friday broadcast on social networks live from his bishopric of Matagalpa, 130 km northeast of the capital Managua. Riot police “continue to close the street” of the bishopric, he denounced during this service.“The main door and the garage are also blocked”by the police, the 55-year-old prelate said.

The Church to be complicit in a coup attempt

Deputy Wilfredo Navarro, of the Sandinista party of Daniel Ortega, denounced on Friday “a provocative attitude” of the bishop of Matagalpa. Rolando Alvarez “incites violence (…) He has already done so in 2018. Let us remember that he led, with other priests, the coup attempt (against Daniel Ortega) which caused so much suffering and Tears in Nicaragua », said the deputy in an article published on the website of the public television channel Canal 4.

Nicaragua: renewed tension between the regime and the bishops

President Ortega has accused the Catholic Church of being complicit in a coup attempt hatched by Washington. The crisis even led to the expulsion in March of the Apostolic Nuncio, Bishop Waldemar Sommertag. On July 6, the nuns of the congregation founded by Mother Teresa of Calcutta were expelled by the Nicaraguan authorities, a week after their activities were declared illegal.

Relations between the Catholic Church and Mr. Ortega’s government have been strained since 2018 when protesters demanding the resignation of the Nicaraguan president took refuge in churches.