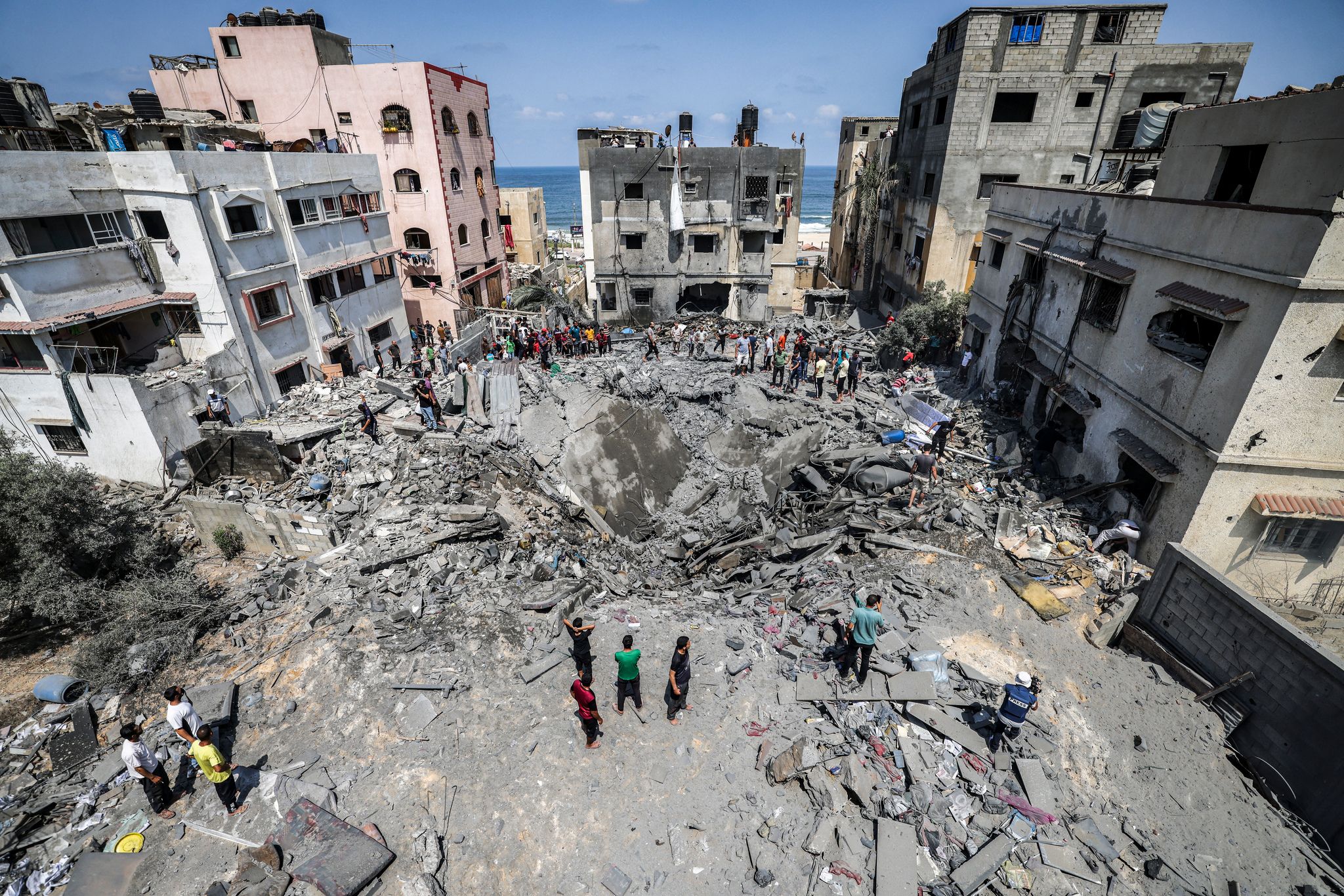 Tension is still high in the Gaza Strip where, on Saturday August 6, exchanges of fire continued between Israel and the Palestinian Islamic Jihad. The Israeli strikes, which started on Friday afternoon, have already caused the death of 13 people, including a 5-year-old girl, according to Gaza authorities. For its part, the Jewish state army claimed to have killed 15 Islamic Jihad fighters. And in the immediate future, the time does not seem to be calm. A military spokesman said the Israeli army “was preparing for a week-long operation” while Islamic Jihad on Saturday ruled out the option of a ceasefire, saying “focus on the field”.

More than 100 rockets towards Israeli soil,

This new rise in violence in Gaza follows the arrest on Monday in the West Bank by Israel of Bassam Saadi, an Islamic Jihad official. Fearing retaliatory actions, the Jewish state decided to launch a “preemptive attack” in Gaza against this organization which he considers to be terrorist like the United States or the European Union. Friday’s strikes killed 15 fighters from the armed group according to Israel. Islamic Jihad has announced the death of one of its leaders, Tayssir Al-Jabari. In response, the armed group claims to have launched more than 100 rockets towards Israeli soil, specifying that it was only a “first response” to the assassination of this official. Most of those rockets fired from Gaza were intercepted by Israel’s anti-missile shield and caused no casualties, army says

Yann Boissière, a rabbi listening to the voices of peace

Always for fear of acts of revenge, Israel closed at the beginning of the week, many border crossing points with the Palestinian territory. This has forced thousands of Gazans, holders of work permits in Israel, to stay at home. This closure also prevented the delivery of diesel necessary to supply the only power plant in the Gaza Strip which, on Saturday, ceased to operate. Shortly before, the electricity distribution company in Gaza had warned that the shutdown of the plant “would affect all public services and critical infrastructure and exacerbate the humanitarian situation”. She called “all parties to intervene urgently and allow the entry of fuel for the power plant to operate”. The 2.3 million inhabitants of the Palestinian territory are regularly confronted with power cuts. Last week they had only 10 hours of electricity a day on average, according to the UN Office for the Coordination of Humanitarian Affairs (OCHA).

For Israeli Prime Minister Yair Lapid, it is a “precise counterterrorism operation against an immediate threat”that of the Islamic Jihad, “an auxiliary of Iran” wanting “killing innocent Israelis”. In Iran, General Hossein Salami, head of the Revolutionary Guards, said on Saturday that the Palestinians were not “not alone” in their fight against Israel while Iranian President Ebrahim Raisi has declared that Israel has “once again showed the world its nature of occupier and aggressor”. Russia said “deeply concerned” violence and the European Union has expressed its “deep concern”calling on all parties to a “maximum restraint”. Finally, British Foreign Secretary Liz Truss on Saturday backed Israel’s right to ” to defend oneself “ and called to “a quick end to the violence”.

This is the worst confrontation between the Jewish state and armed organizations in Gaza since the May 2021 war, which in eleven days left 260 dead on the Palestinian side, including combatants, and 14 dead in Israel, including a soldier. , according to local authorities.

Garden: straight as an I, the beautiful agapanthus!

Garden: straight as an I, the beautiful agapanthus!