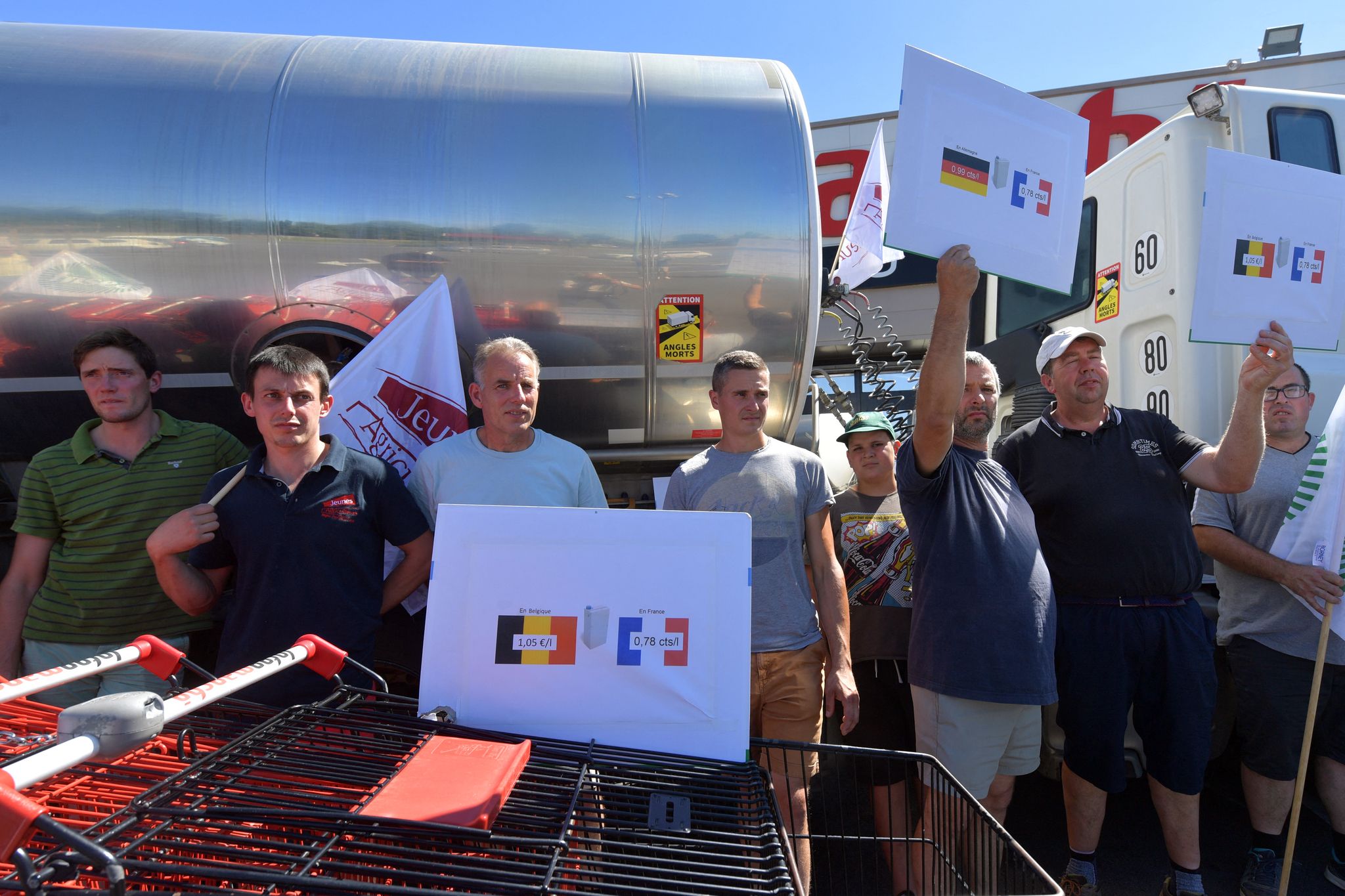 Sarthe, Morbihan, Haute-Loire, Puy-de-Dôme… Since the beginning of August 2022, hundreds of dairy producers have been demonstrating all over France to denounce too low milk purchase prices.

Since the beginning of the war in Ukraine and with generalized inflation, breeders have seen their operating costs increase continuously: energy, inputs, cereals, food supplements… An increase that the price of a liter of milk does not follow, however, which is around 78 cents currently in France. In Germany, it has already reached 99 cents, and exceeds the euro in Belgium.

Victims of the price war

According to figures from the Livestock Institute (Idele), inflation on dairy products amounted to 6.5% in June in France, against 24% in the neighbor across the Rhine. A gap « inadmissible » according to the National Federation of Dairy Producers (FNPL), which wants the rise in production costs for French breeders to finally be passed on to consumer prices, to better pay professionals.

“Between enormous pressure from distributors and a government that wants to limit inflation, we are suffering losses that are dragging the whole industry down,” alert Dominique Rousseau, secretary general of the Departmental Federation of Farmers’ Unions (FDSEA) of Sarthe.

For this former dairy producer and his colleagues, price freezes or, worse, “rebates offered by large retailers” are the best way to kill the Egalim law, which was to ensure fair remuneration for “all the links in the chain”. “With inflation, we are still and always the victims of a price war between the giants of mass distribution”, he is indignant.

The players in the sector are thus demanding to be paid “at the right price”that is “a few cents more, what they need not to file for bankruptcy”, explains Dominique Rousseau. With the drought which is aggravating the crisis, the Sarthois farmer fears that many breeders will leave the profession.

He calls on consumers to agree to put their hands in the wallet to support their farmers, despite the reduction in purchasing power: “People demand quality products, but when it comes to taking out the blue card, they aim for the lowest price. Food must remain a priority in household wallets”, he insists.