Portraits of India, at the time of the masquerades 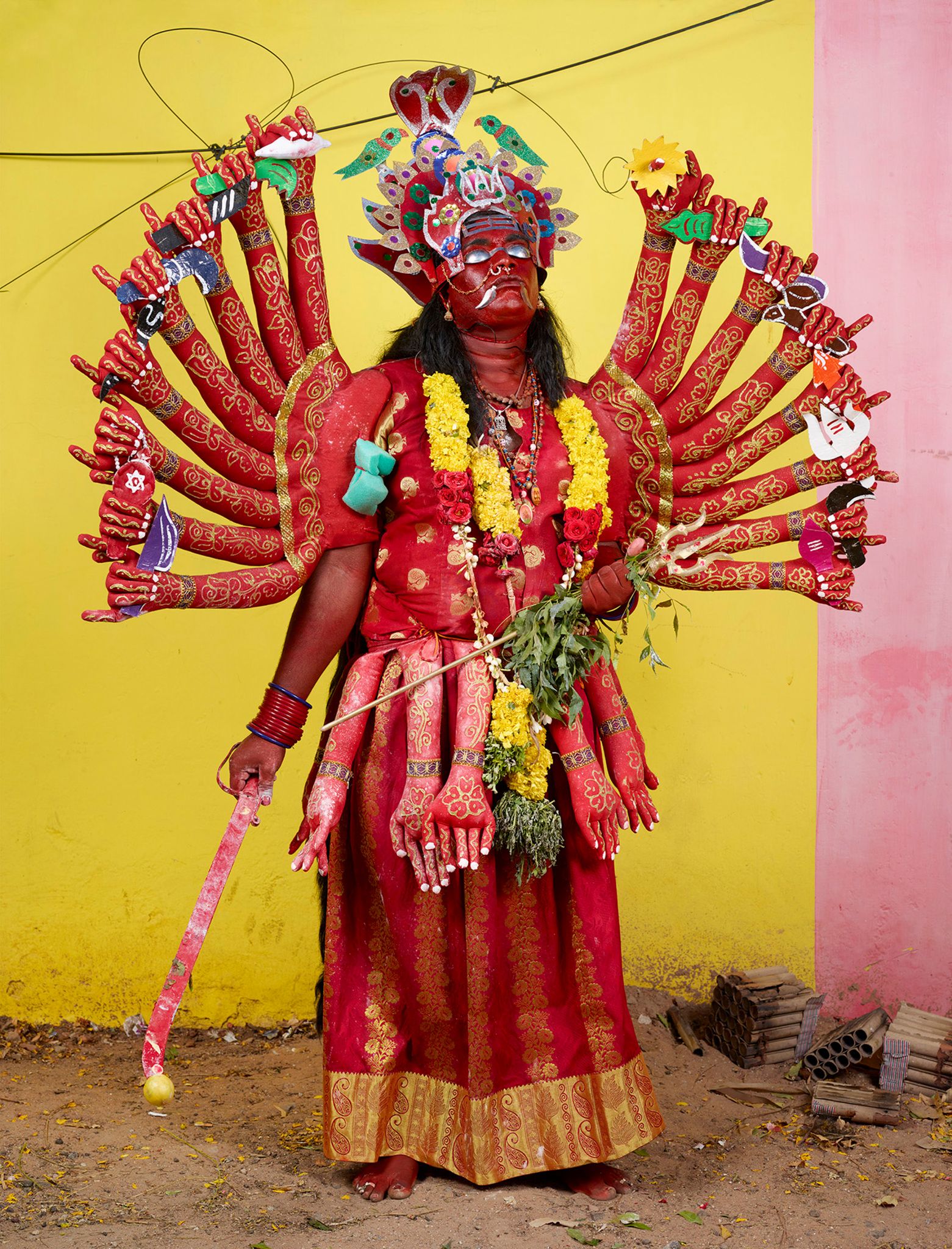 After the animal incarnations of Wilder Mann in Europe, the monstrous figures of Yokainoshima in Japan and the masquerades of the descendants of slaves on the American continent with Cimarronphotographer Charles Fréger tackles the rich representations of the Indian pantheon in a new series entitled Aam Aastha exhibited at the Château de Nantes. With, always, the same rigorous method of shooting centered on the subject and circumventing the folkloric pitfall, he offers an absolutely fascinating Indian journey from Kerala to Arunachal Pradesh, in more than 80 images, in what he calls himself “a long visual poem”.

All the characters portrayed in this specific setting are as valuable for themselves – often from lower castes, they make their profession of these masquerade rituals – as for the group, whether religious, ethnic or even defined by very specific beliefs. local.

The elegant gravity of the poses and the excess of the colors invite you to linger for a long time in the exhibition, a feast for the eyes and the mind.