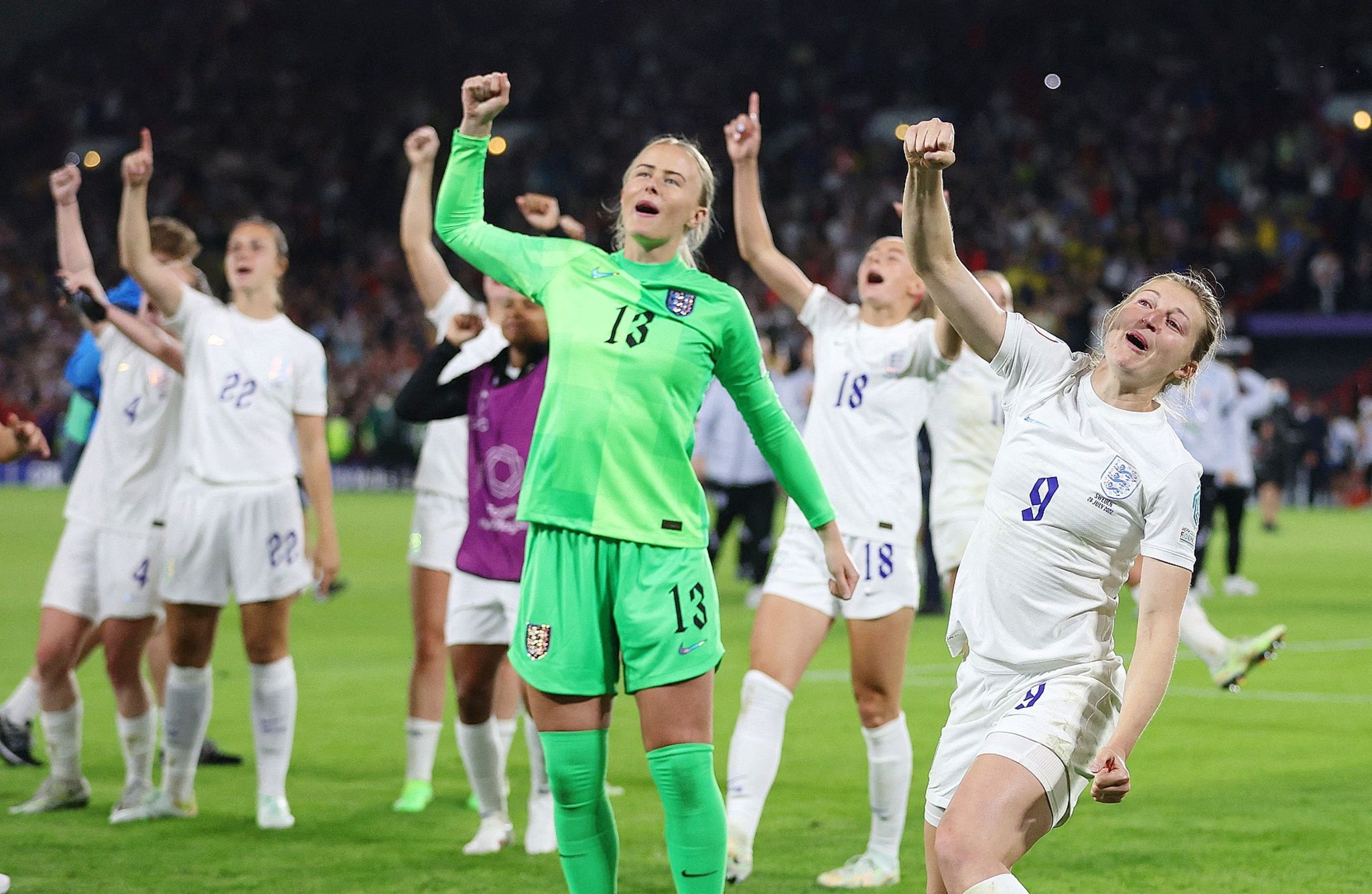 Whatever the outcome of the final between England and Germany, Sunday July 31 (6 p.m.) in London (United Kingdom), the Women’s Football Euro organized this year on English lawns will certainly mark a victory. of the host country (1). From their first matches spent crushing Norway (8-0) or Northern Ireland (5-0), until the final in the mythical enclosure of Wembley (90,000 seats), the “Three Lionesses” will have always sold out during this European championship.

A sign that in the country where modern football was born, supporters only ask to live to the rhythm of the round ball, whether it is led by men or by women. Never deprived of emotion by the first, in club as in selection, where the players had reached the final of the last men’s Euro a year ago, the fans have long been chomping at the bit when it comes to women’s football.

The fault, in part, of the Football Association (FA), the English football federation, which had prohibited women from practicing this sport considered dangerous for their health, between the 1920s and 1970s. The discipline was then left in the lurch by the institutions, seeing it above all as an adjustment variable when concluding the budgets. Before the FA, already alerted by the third place obtained by its selection at the 2015 World Cup, changed course when the awarding of Euro 2021 was profiled (finally postponed to 2022 due to the pandemic).

A major reform was launched five years ago, “which mainly concerns the development of the Women’s Super League (WSL), the English national championship, notes sports economist Luc Arrondel. A championship had been present since the 1990s and was a little more structured in a semi-professional way from 2011, but it was disputed in the summer period with very little visibility. » The 2017 growth plan begins the process of professionalisation: independent governance of women’s football is established at the FA and the twelve clubs which are granted a professional license must pay their players at least sixteen hours a week and acquire of a women’s section for their training centre.

The vast majority of clubs rely on the facilities of their men’s section, which most often play in the Premier League, the English first division, although the women have their own stadium. “We have two assistants, a mental coach (…), two physiotherapists, a masseur, a doctor. The staffs are a little wider (just in France) and then, in terms of infrastructure, we are in a huge center. We have three gyms, an indoor synthetic field. It’s England, what! », recently enthused French international Kenza Dali, today at Everton after moving to Londoners West Ham, quoted by Agence France-Presse.

The reform also concerned the very form of the championship, where the number of clubs relegated to the lower level at the end of the season was reduced. “The WSL is more closed, which has brought more financial stability for the clubs and strengthened their competitiveness”, notes Luc Arrondel, especially, he specifies, that “The players of the English national team receive a significant income to remain playing in the English championship” and that foreign players have had more difficulty settling in the United Kingdom since Brexit, thus favoring the emergence of young English talent.

While the level of play has logically progressed, crowds have followed in the stadiums, filled on average with a few thousand supporters before the start of the health crisis. A push that prompted the influx of sponsors and the arrival for three years of broadcasters including the Sky Sports channel and the BBC, for the record sum of 8.1 million euros per season since the start of the 2021 school year, eight times higher. the television rights of the French first division. “Contrary to what one might think, this media coverage and these cash inflows do not explain everything, specifies Luc Arrondel. They are above all the result of an almost political reform of English football, thought upstream of the economic dimension. »

The Anglican Communion comes together, at the risk of splitting over sexuality

The Anglican Communion comes together, at the risk of splitting over sexuality