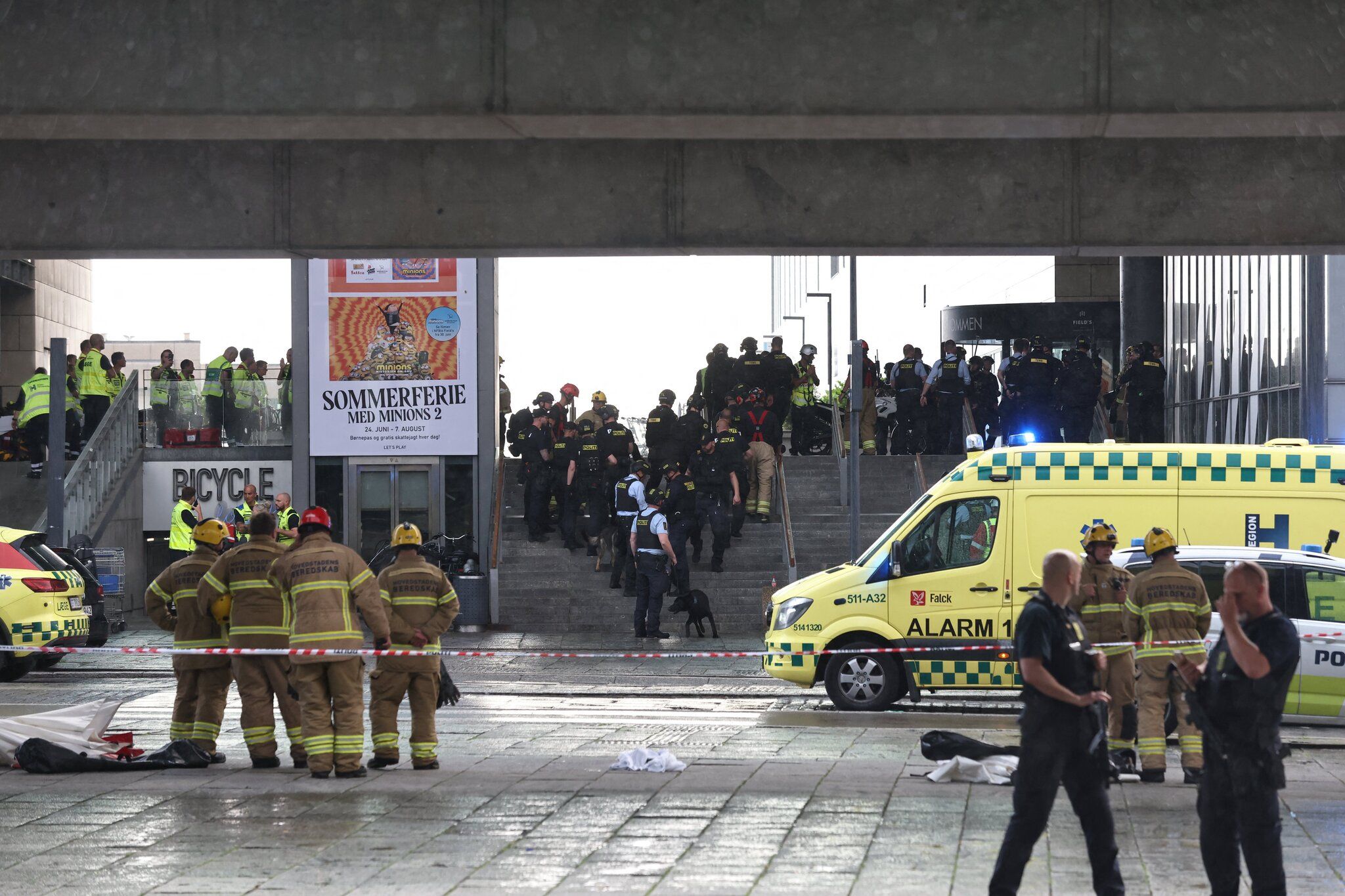 A shooting left three dead and several injured on Sunday July 3 in a shopping center in Copenhagen. A 22-year-old Dane was arrested by police shortly after police arrived at the scene. On Monday, a Danish court ordered his remand in a specialized psychiatric unit.

The young man, armed according to witnesses with a large rifle, was arrested without violence shortly after the arrival of the police near the large Fields shopping mall, located between the city center and the airport of the Danish capital. .

“There are three dead and several injured, including three in critical condition”, said the chief inspector of police in Copenhagen. The motives of the suspect, described by the police as “an ethnic Dane” 22, remain unclear. He is known to the police “but only peripherally”he explained.

“On social networks, we see flourishing that it would be a racist motive, or some other form of motive, but I cannot say that we have anything which supports that at this moment”, said the head of the investigation.

The police consider the videos circulating since Sunday evening on social networks to be authentic, he said at a press conference. The young man appears there posing with weapons, mimicking suicide gestures or evoking treatment with a powerful drug prescribed in psychiatry “which doesn’t work”.

Several Danish media have also confirmed his identity circulating online, but his name has not been made public. “He is known for a psychiatric history”, said the chief inspector of police. “There is no indication that he had any accomplices. »

“Our analysis is that these are randomly selected victims,” said the chief inspector. “There is no indication that this is a terrorist act,” according to him.

Two days after the Tour de France passed through the Danish capital, with great scenes of jubilation, a large police force was deployed at the scene of the shooting and in several places in Copenhagen.

The killing occurred around 3:30 p.m., causing a movement of panic. Many visitors were there before a concert by British star Harry Styles in a large hall nearby, which was canceled in the evening.

According to witnesses interviewed by Danish media, the suspect tried to entrap victims, saying for example that his weapon was fake to entice them to get closer. “He was psychopathic enough to go stalking people, but he didn’t run,” said a witness interviewed by public television DR.

When the first shots were heard, more than a hundred people rushed outside the mall, according to footage of the incident. Others were forced to hide inside. “All of a sudden we heard gunshots, I heard ten shots, and we ran as far as we could to get to the toilet,” explained to DR Isabella, who hid there for two hours.

Footage of the arrest shows the suspect, dressed in a white jumpsuit to preserve DNA evidence, being picked up by officers.

Danish Prime Minister Mette Frederiksen blasted a “cruel attack” in a shopping center where there were “adults, young people and children”. The Queen of Denmark, Margrethe II, and several foreign leaders sent their thoughts and condolences, as did the organization of the Tour de France.

The last attack in Copenhagen dates back to February 14 and 15, 2015, when a series of shootings left two dead and five injured.