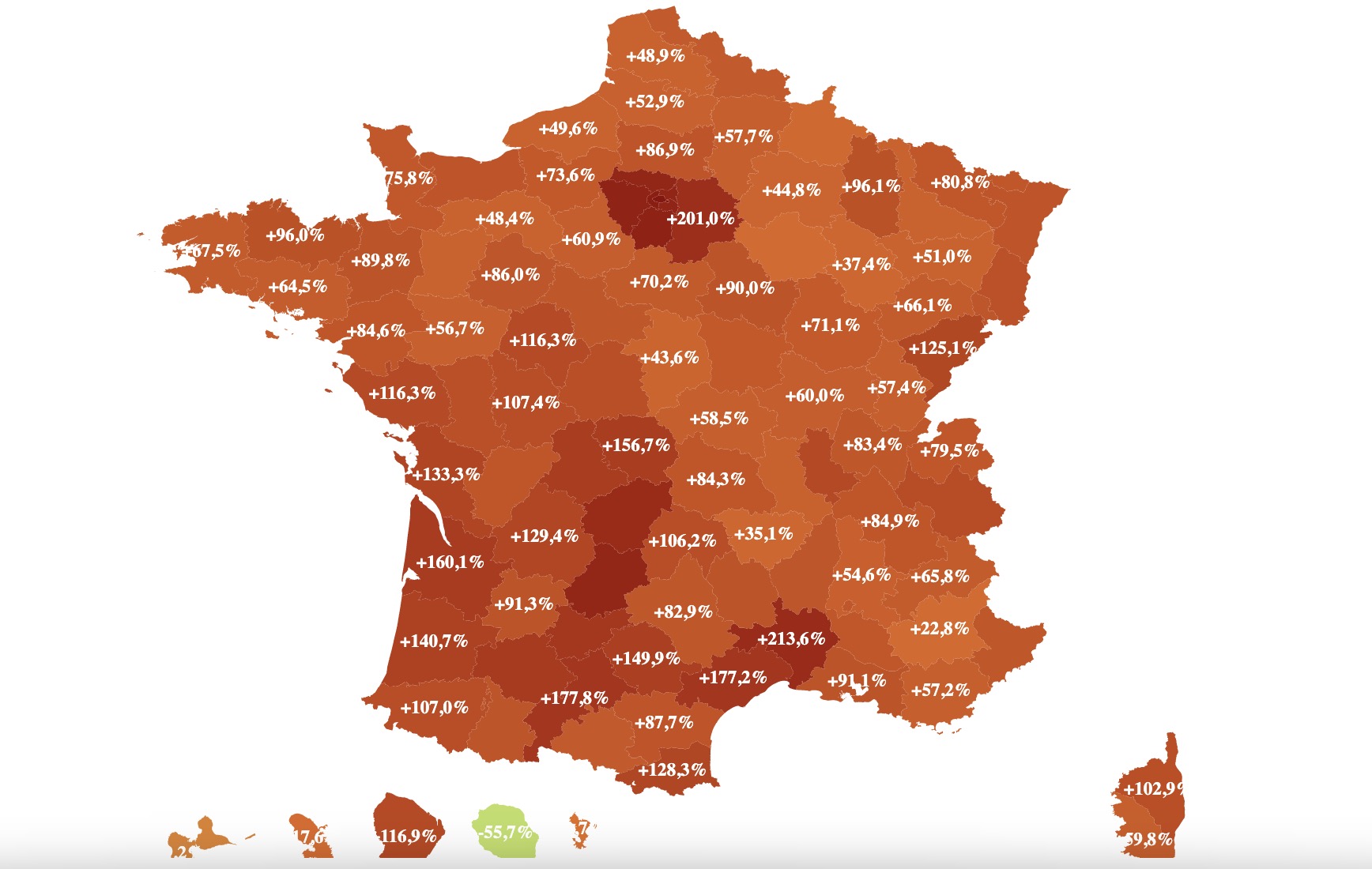 Will the masked ball make a comeback in the metro? Given the figures for the epidemic rebound, Public Health France considers that “it is essential to apply barrier gestures on an individual basis, including wearing a mask. [notamment] in the presence of fragile people and in the event of promiscuity in closed spaces or during large gatherings”. And for good reason, 79,852 new positive cases of Covid-19 were identified in 24 hours, Thursday June 23. The incidence rate crossed the threshold of 500 contaminations per 100,000 inhabitants in one week.

Professor Alain Fischer, president of the orientation council for the vaccine strategy, estimated on France 2, this Wednesday, that the return of the mask in transport is “a question which is seriously discussed”. During a press conference the next day, the president of the Fédération hospitalière de France (FHF), Frédéric Valletoux said he shared the opinion of the immunologist and showed himself “favorable” to the restoration of this barrier gesture in the public transport.

Thanks to the decline in the wave caused by the Omicron BA.2 sub-variant, the government lifted the obligation to wear a mask in public transport, such as in trains and planes, on Monday May 16 . A decision that aligned with European directives. But at that time, the level of contamination was half as high as today.

Once again, the departments are not all housed in the same boat. After being the first to begin the decline of the BA.2 epidemic, it is again the Paris region that is bearing the brunt of the arrival of its cousin BA.5. In Paris, the incidence rate has almost quadrupled since the end of the mandatory mask in public transport. It now stands at 889.5 new positive cases of Covid-19 per 100,000 inhabitants in one week. A month earlier, Public Health France noted “only” 228.1 contaminations per 100,000 in seven days in the capital.

According to Public Health France, the BA.2 sub-variant only represents 51% of the tests sequenced the week of June 7. We can therefore assume that it is no longer in the majority at the present time and that it has given way to BA.5, detected in 41% of the sequences at the beginning of June. This sub-variant was responsible for a new epidemic wave in Portugal in May, the peak of which was reached in early June before starting a decline in contamination. Perhaps the same scenario will occur in France with a month lag and therefore a decrease in the new wave spread over the months of July and August…

These cities where veterinarian prices are exploding