In Angers, the wind moves the stones 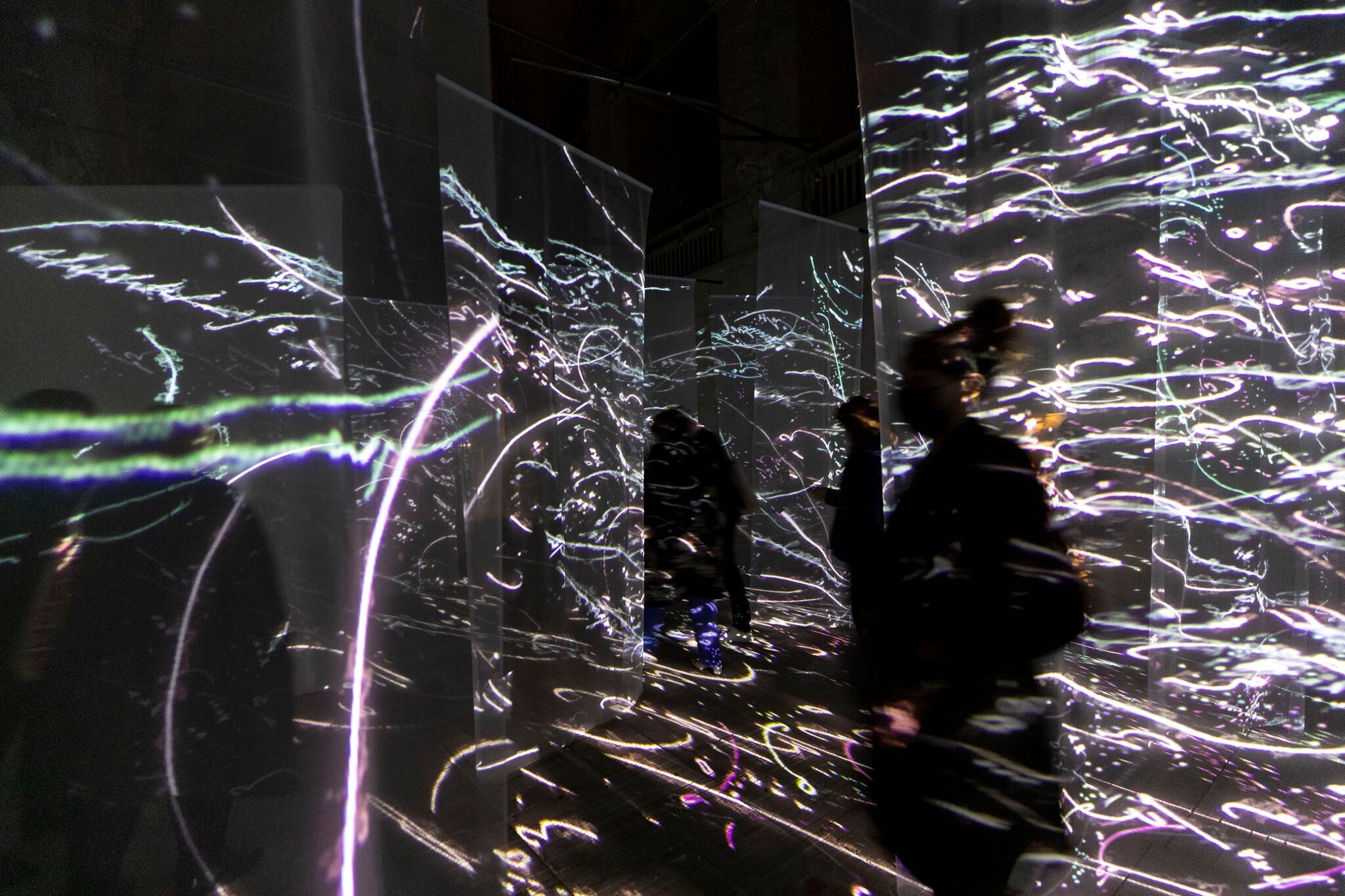 “Usually, I don’t really like churches but this was good! » « Me, I didn’t like it so much… but I want to go back. » Blinking in the newfound light, two children among a small group react bluntly. With their guides, they have just discovered the installation of the composer Pascal Dusapin in the nave of the Ronceray abbey. A long vessel of the XIe century, among the first examples in France of vaulting of such a vast volume

So what did the young visitors appreciate? A dreamlike work born from the imagination of Pascal Dusapin, a man of notes but also of drawing, a practice he has always loved “to try to forget the music a little”. Projected on tulle panels, on the walls and the vault of the abbey church, undulating, evolving, metamorphosing according to a random computer program, thousands of lines and dots seem like so many stars in a dignified dancing circle. from Dream of a summer night of Shakespeare. Unless their graceful hairlines make one think of elegant oriental calligraphy, whispering a mysterious tale in the visitor’s ear. Plunged into darkness, it also allows itself to be lulled or heckled by the sound of the wind, sometimes a light caress, sometimes a gust, diffused in the nave.

The object of an extensive restoration campaign that will take many years, the abbey of Ronceray, founded in 1028, prides itself on having been the only female convent out of the five in Angers. It owes its name later (in the 16th century) to a legend according to which a statue of the Virgin was found in a bramble bush in the crypt. Mérimée himself registered the abbey in the register of historical monuments. “It is an exceptional heritage setting that we like to bring back to life through contemporary creation”, explains Nicolas Dufétel, cultural assistant in the municipal team, who has many projects to help Angevins rediscover the treasures of their capital. A musicologist, he particularly likes to mix the spells of his favorite art with the memory of ancient stones. Thus, the “Angers pushes sound” program, launched during the health crisis, allows artists from all walks of life – from pop singer Yael Naim to classical cellist Astrig Siranossian – to work and record in the city. Like so many new and inspiring studios.