After the electoral success, the RN in search of collaborators 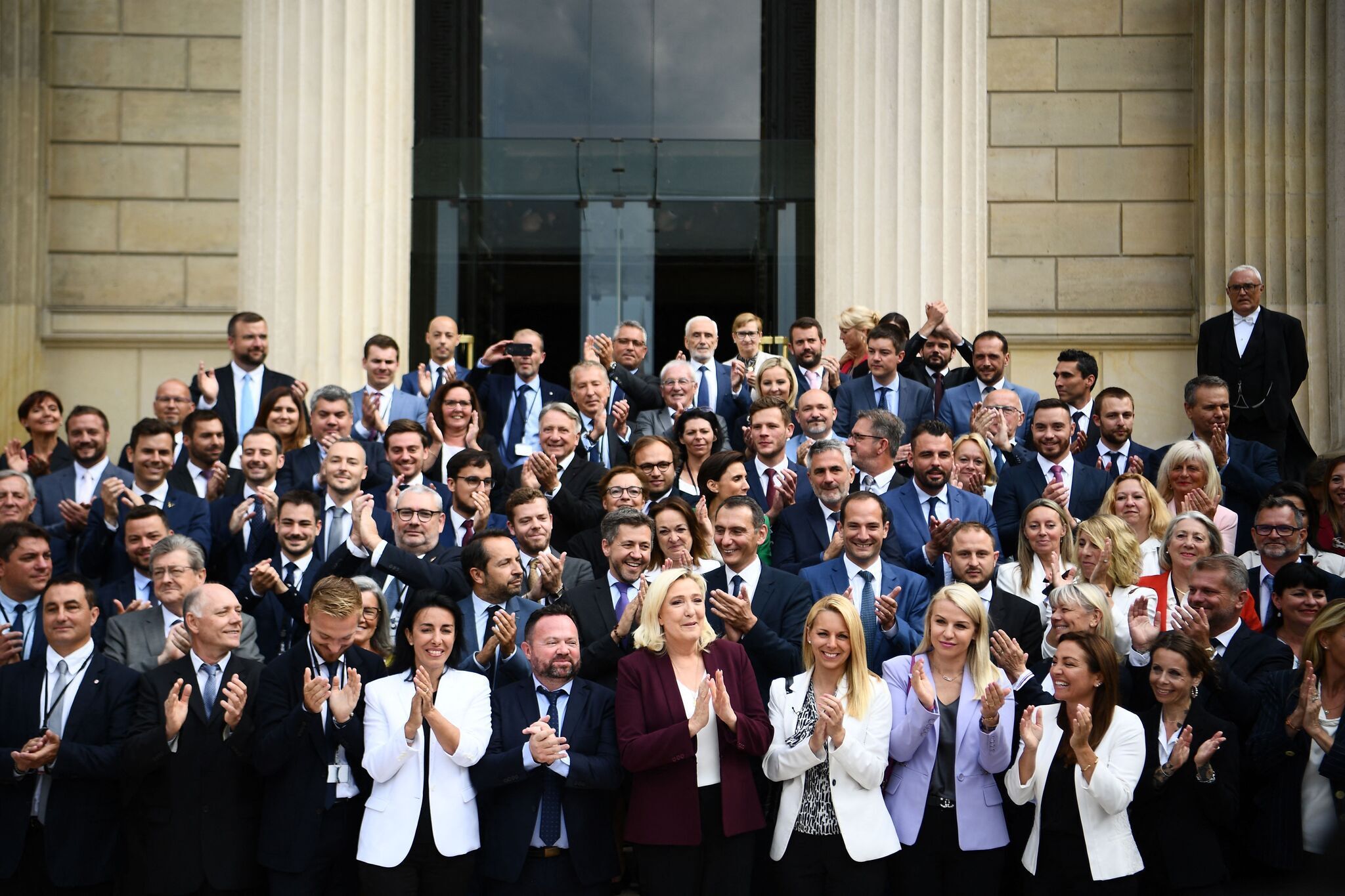 The National Rally (RN) does not intend to put away certain old reflexes on the pretext of a record entry into the National Assembly. The cult of the leader is already assumed there: from their day of return, Wednesday, the 88 deputies who accompany Marine Le Pen at the Palais-Bourbon kept reminding all that they owed to their headliner, the only group president designated by « acclamation ». The “culture of discipline” also: parliamentarians will vote on the texts as one man; a slight freedom being granted on subjects deemed less “decisive” – the animal condition is cited as an example.

No question for the RN to leave room for the slightest dissension. Jordan Bardella, the party’s interim president, confirmed Thursday, June 23 that the multiplicity of elected officials would not enrich any ideological ferment. “We only have one line, and that is Marine Le Pen. The 89 deputies know that they owe their election to standardization work. » At the Palais-Bourbon, the soon to be fifty-year-old movement wants to move on“institutionalization”.

The group still needs to have the skills to “the serious and constructive opposition” that he intends to embody. A challenge for a party whose expression was essentially based on a pair – Marine Le Pen and Jordan Bardella – surrounded by a handful of trusted spokespersons. In veiled terms, management recognizes the need to «Coach» as quickly as possible a team of neophytes, with only five outgoing deputies. A seminar was already organized on Thursday afternoon.

The opportunity to discuss the distribution of seats between the different commissions. “I made my wishes as on Parcoursuplaughs Émeric Salmon, former head of federations, elected in Haute-Saône. The (committee of) defence, perhaps, because I have a military base in my constituency. » A colleague thinks about finances, “because I have a degree in economics” ; another the laws, “because one of the big problems in this country is that they are not respected enough ».

In the absence of a plethoric pool, the major positions are entrusted to the few seasoned people: Jean-Philippe Tanguy (Somme), a graduate of Essec and Sciences Po, is a candidate for the presidency of the finance commission; Sébastien Chenu, re-elected in the North, to the presidency of the Assembly. Another prerequisite for increasing skills: the group must quickly find the 300 employees who will accompany its deputies. Everyone recounts the rain of CVs received since the election. Grégoire de Fournas, elected in Gironde, opens a pocket full of candidates: “There, a bac +5, here an internship in an embassy: I did not even know that one could want to become a parliamentary collaborator with such backgrounds”, blows the winemaker. If the parliamentarian remains on paper the sole employer of his assistants, the party exercises strict control over their choice.

The RN has delegated the filtering to Renaud Labaye, future secretary general of the group. “It’s a challenge like for any company which, overnight, would multiply its workforce by tentempers Marine Le Pen’s chief of staff. Profiles that are too ideologically marked are avoided. Those also who seem to want to take the light, with too visible commitments. We prefer discreet ones. There will necessarily be on our part a watch on social networks to check as well as possible, but we will not be able to control 200 people like that. »

No institutionalization without respectability. The RN, however, did not escape the reminder of the judicial past of Frédéric Boccaletti, deputy of Var and sentenced in the 2000s to six months in prison for violence with a weapon. “The campaign is over, we reset the counters to zerosweeps away Sébastien Chenu. All the deputies of the nation have received the anointing of universal suffrage. We won’t drag ours through the mud. »

“Arousing in young people the desire to get involved”