New professional opportunities are opening up for certain professors 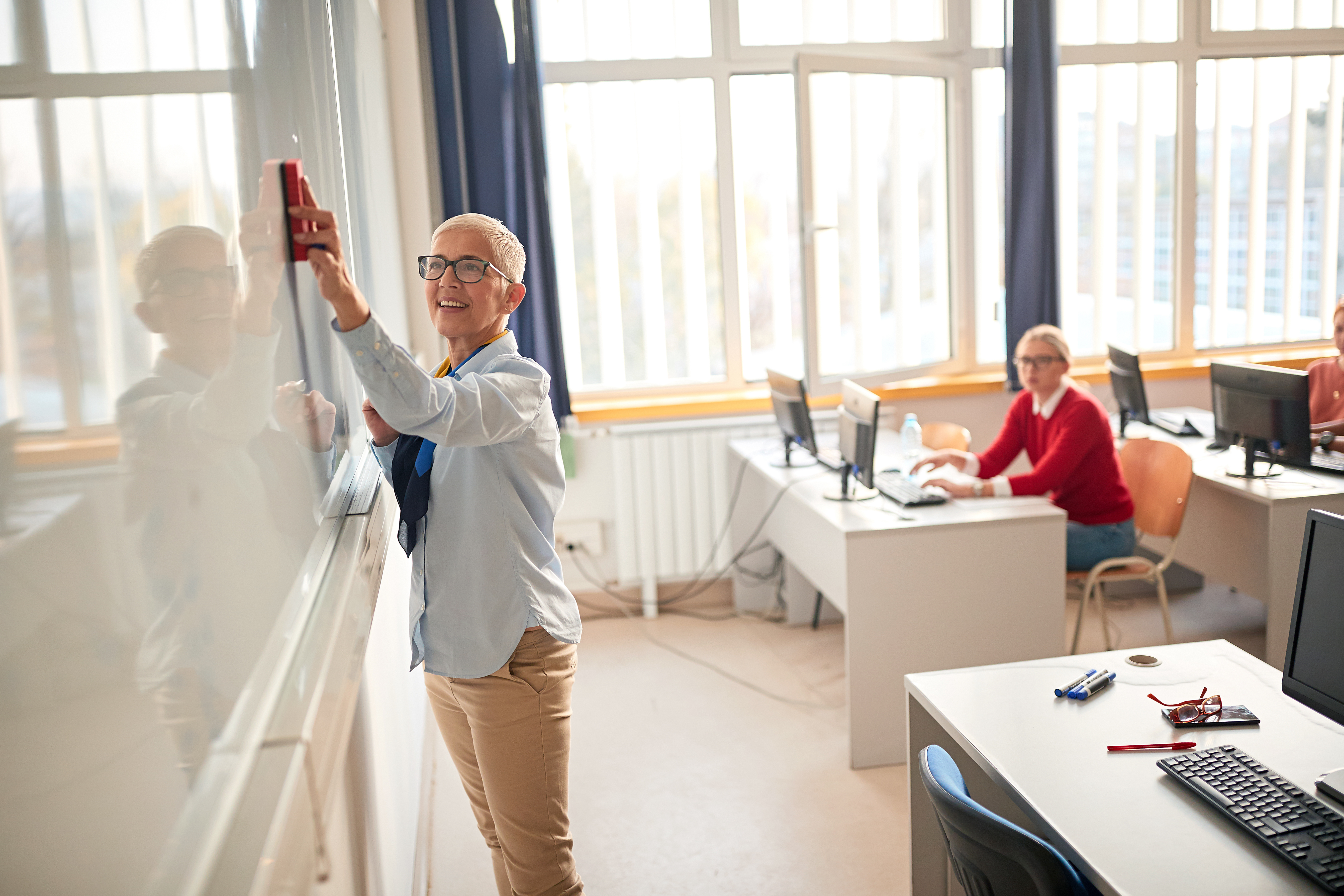 Even before the major education reform announced by Emmanuel Macron is carried out, certain rules are changing within the National Education system. Within the framework of the Grenelle of education, a decree expanding the establishments where school teachers and those working in vocational high schools can teach was published on Tuesday, June 21 in the official journal. The former will now be able to “carry out their duties in a higher education establishment”, and the latter will have the possibility of teaching “in general and technological high schools and in colleges as well as providing certain lessons in establishments of Higher Education.”

For teachers of the first degree, in fact, it was already possible to give courses at the university, but the information was not regulated. “This decree makes it possible to bring something that already existed into conformity”, explains Guislaine David, co-secretary general and spokesperson for the SNUipp union. According to the union representative, school teachers suffered from a lack of recognition before the promulgation of the decree: “although we have the same grade, we did not have the same rights as teachers in general colleges and high schools”, regrets Guislaine David.

The missions of school teachers in higher education

It is to a very specific public that the decree authorizes school teachers to give courses at the university: students aspiring teachers. Some establishments have within them a higher national institute of teaching and education (Inspé), one of the components of the university whose mission is to train high school teachers and primary school teachers. The latter will therefore be able to officially give courses in higher education, which mainly take the form of pre-professionalization modules, taught at the license level.

The courses given in this context are not the subject of a position, but of one-off contracts on a specific discipline. As for the number of authorized teaching hours, it must be compatible with the initial position of the teacher, who works 24 hours a week in primary school. “Primary level teachers give lessons at the university in the evening or on Wednesdays, because we can’t reschedule our lessons or be absent,” says Guislaine David.

While previously the teachers of vocational high schools could only be seconded to the Segpa sectors (Adapted general and professional education section), they will now be able to teach in middle school and general high school. “It is also the possibility of assigning them to higher education (BTS, IUT, professional license, etc.), which may correspond to their mobility wishes and the needs of the education system”, indicates the Ministry of Education. National and Youth.

“If this decree aims to give more possibilities and flexibility to teaching, I am in favor of it,” says Pascal Vivier, general secretary of the SNETAA-FO union. But for the co-secretary general of the SNUipp union of teachers in the professional sector, Sigrid Girardin, the decree is far from good news. The representative is worried about a possible dismantling of vocational high schools “or that they are gradually transformed into employment preparation centers and withdrawn from the aegis of National Education”. Thus, some teachers fear that teachers in professional high schools will eventually be replaced by trainers. According to Sigrid Girardin, the decree would aim to encourage teachers to leave the sphere of vocational high schools, in order to weaken the latter. “If the professional high schools empty themselves of their statutory teachers, those who will replace them will be less well paid and more subject to injunctions imposed in terms of annualization of working time”, she concludes.

It should be noted that practicing as a seconded teacher in another establishment is based on volunteering. The unions succeeded in having an amendment adopted, asking to include the mention “with their agreement”, which did not exist in the initial proposal for the decree. “In both cases, it is a question of chosen mobility, since it is only done with the agreement of the teacher and often moreover on his initiative”, confirms the Ministry of National Education and the youth. Teachers can thus keep their prerogatives as statutory teachers.