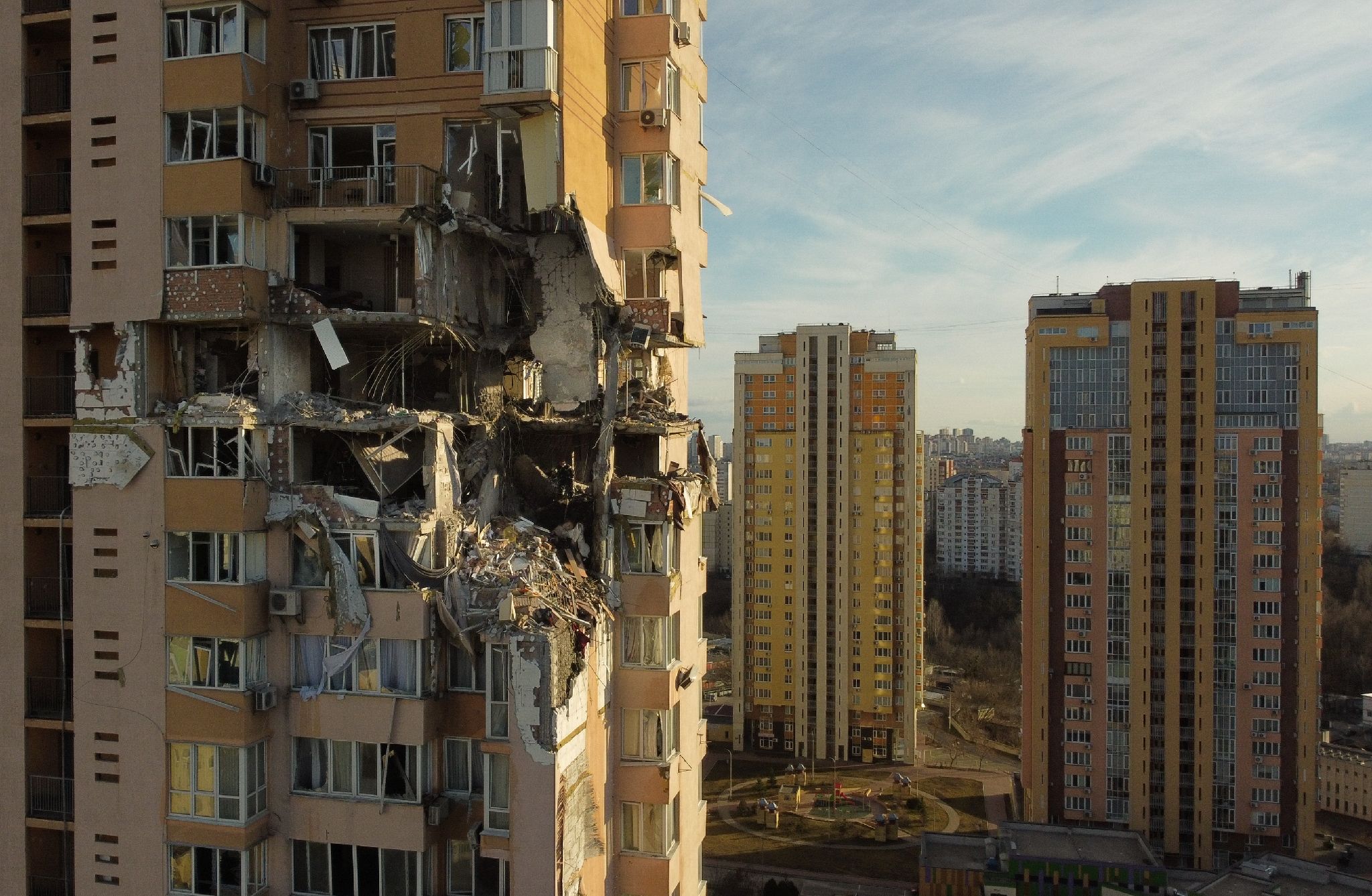 Russian forces “continue their offensive to lock down Kiev” after having “completed their regrouping” on the northern front, said the Ukrainian army on Saturday evening February 26. In addition, on Sunday, the authorities of the city of Kharkiv – Ukraine’s second largest city – announced a “breakthrough” of the Russian army to its center and Moscow claimed to have surrounded two major cities in southern Ukraine, Kherson and Berdyansk.

Faced with the scale of the intervention orchestrated by Vladimir Putin, the West adopted a new set of sanctions: they decided in particular to exclude many Russian banks from the Swift interbank platform, an essential cog in global finance, a announced the German government, which chairs the G7 forum.

→ MAINTENANCE. War in Ukraine: “We thought that peace had become the natural state of Europe”

An action that “will prevent banks from carrying out most of their global financial transactions, and as a result, Russian exports and imports will be blocked”underlined the President of the European Commission Ursula von der Leyen.

Also, the Western partners have decided to further restrict the access of the Russian central bank to the capital markets, and to “crippling the assets of the Russian Central Bank “, in order to prevent Moscow from using it to finance the conflict in Ukraine, in the words of Ursula von der Leyen. Finally, the new sanctions will go after the Russian oligarchs and their families to prevent them from obtaining the nationality of Western countries.

Russia is now a “global economic and financial pariah”facing one ruble in ” free fall ” summarized a senior American official on Saturday evening.

“We appreciate your support and real help in these dark times. The Ukrainian people will never forget it! »Ukrainian Prime Minister Denys Chmygal reacted on Twitter on Sunday.

Breaking with its traditional policy of refusing to export lethal weapons in conflict zones, Germany confirmed on Saturday the supply to Kiev of a thousand anti-tank rocket launchers and 500 surface-to-air missiles.

Washington, for its part, announced the sending of new military aid to Ukraine, amounting to 350 million dollars, while a senior Pentagon official told AFP see “signs of a viable Ukrainian resistance”.

→ EXPLANATION. War in Ukraine: how much do European states spend on their defence?

France said on Saturday evening that it had “decided the additional delivery of defense equipment to the Ukrainian authorities”and Australian Prime Minister Scott Morrison said his government would provide Ukraine “every lethal aid support possible”.

Ukraine ready for negotiations with Moscow, but not in Belarus

The Kremlin assured Sunday to agree to negotiations with Ukraine, proposing as a meeting place Gomel, in Belarus, country from where Russia invaded its neighbor.

Ukrainian President Volodymyr Zelensky has rejected the Russian proposal for talks in that country, because the latter serves as a rear base for the invasion of Ukraine. “Any other city” would be suitable, assured Volodymyr Zelensky. “Warsaw, Bratislava, Budapest, Istanbul, Baku. We have offered them all. And any other city would suit us”he said in an online video.