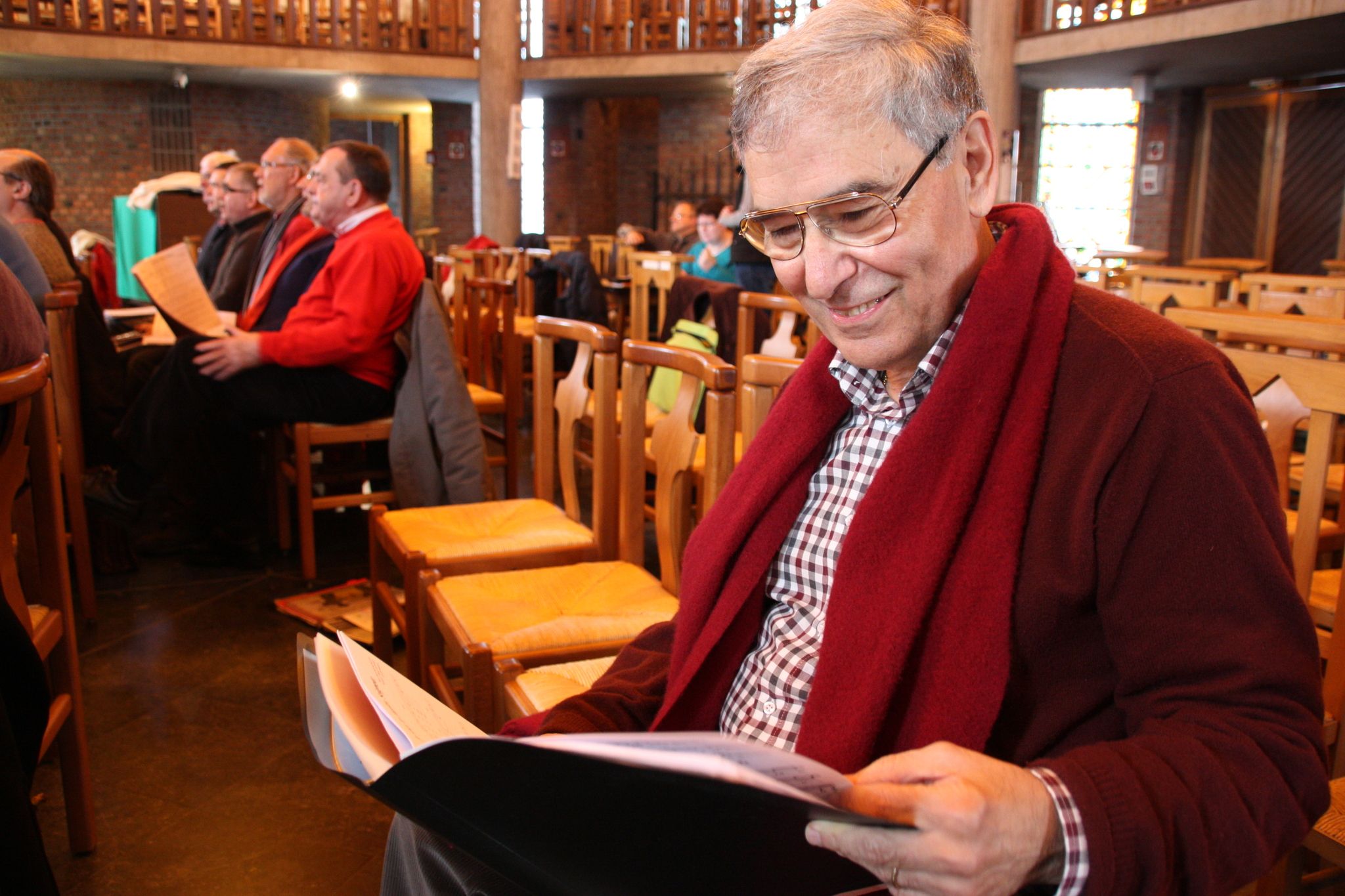 The cross : How were you chosen to produce the musical entertainment for the Pope’s Mass?

Jo Akepsimas : I was born in Athens at the foot of the Acropolis and I lived there for eighteen years, before arriving in France with my parents. I didn’t come back until the 1980s, partly because of the colonels. I was then asked to lead sessions on the liturgy, the psalms …

I had the chance to meet Theodore Kodidis then. Together we wrote about a hundred liturgical songs. I was also called upon to lead celebrations, and in particular vespers at the foot of the Areopagus for the Year of Saint Paul: my friend Theodore, appointed Archbishop of Athens, asked me to ensure the musical production of this year. September 18.

The echoes were enthusiastic. So when he learned that the Pope was coming to Athens, he asked me if I accepted the realization and the musical animation of the mass he would celebrate on December 5th.

What presided over your choices?

As I have always done for fifty years, I read the readings for the second Sunday of Advent. I chose songs that suited the texts of this Mass, taking into account the immensity of the Palace of Music which will host the Pope’s Mass and the solemnity proper to such a celebration. In particular, I have planned a large number of choristers.

I worked a lot for a month on the scores and also composed a few passages for the psalm, the alleluia, a motet for communion. The person in charge of the pontifical celebrations sent me a schedule of conditions and specified that I had to send all the texts of the songs, the scores and for each song an mp3 file. I spent two days there. The day after the shipment, he gave me his full agreement, with this heartwarming compliment: “Veramente un bel lavoro” (Really a beautiful job).

How is the liturgy in Greece?

The ethnic Greek Catholics are a minority: around 45,000, in a population of 11 million. But in Greece today, there are also 250,000 Catholics, mostly Poles, Iraqis, Albanians, Filipinos. As a minority, the Greek Catholics have turned a little in on themselves over the centuries and have remained very traditional in their liturgy to exist in the face of the Orthodox.

In the 1920s, as they did not have professional musicians and composers, they drew on Italian and French repertoires by putting lyrics to these melodies. These songs were marked by their time, a little bombastic, sentimental: they are songs of devotion. In France, we no longer have the idea of ​​singing this repertoire, but the Greeks have not experienced any revival. If not, in a way, with the songs that Theodore Kodidis and I composed, inspired by the Bible and the prayer of the tradition of the Church.

What are the challenges of this trip, according to you?

Twenty years ago, when John Paul II came to Greece, his visit was very badly received by the Orthodox. Monks from Mount Athos came to Athens in a procession on their knees with placards: “Out of the Antichrist”. And in the newspapers, Orthodox priests have said that the Pope has no place here. The Orthodox of Greece had a lot of animosity towards the Catholic Church, a lot of fanaticism, unlike the Patriarch of Constantinople who was very open to ecumenism.

The big difference that I see today is that, on the one hand, the first concern of the Greeks is the Covid and, on the other hand, the newspapers welcome this visit very favorably. One or two Orthodox archbishops have been hostile, but they are known for their aggressive views on the Catholic Church and their criticisms are insignificant in the eyes of the Greeks. Francis’ visit is greeted with great kindness and, from what I know, there will be many Orthodox present at mass this Sunday. The Greeks are sensitive to its proximity to the poor.

→ REPORT. In Cyprus, Pope Francis calls on the Church to be a “model of fraternity”

A philosopher and theologian, Stavros Zouboulakis, wrote a little book about Pope Francis. I was amazed that an Orthodox wrote such an open book on the Catholic Church, and praising the Pope… Times have changed and I can’t wait to see how this visit will mark a new step in this. sense.

Presidential 2022: Jean-Luc Mélenchon in search of a dynamic

Multiplex Ligue 1: How to follow the matches on Amazon Prime Video?

Multiplex Ligue 1: How to follow the matches on Amazon Prime Video?