In Athens, the lesson of democracy from Pope Francis 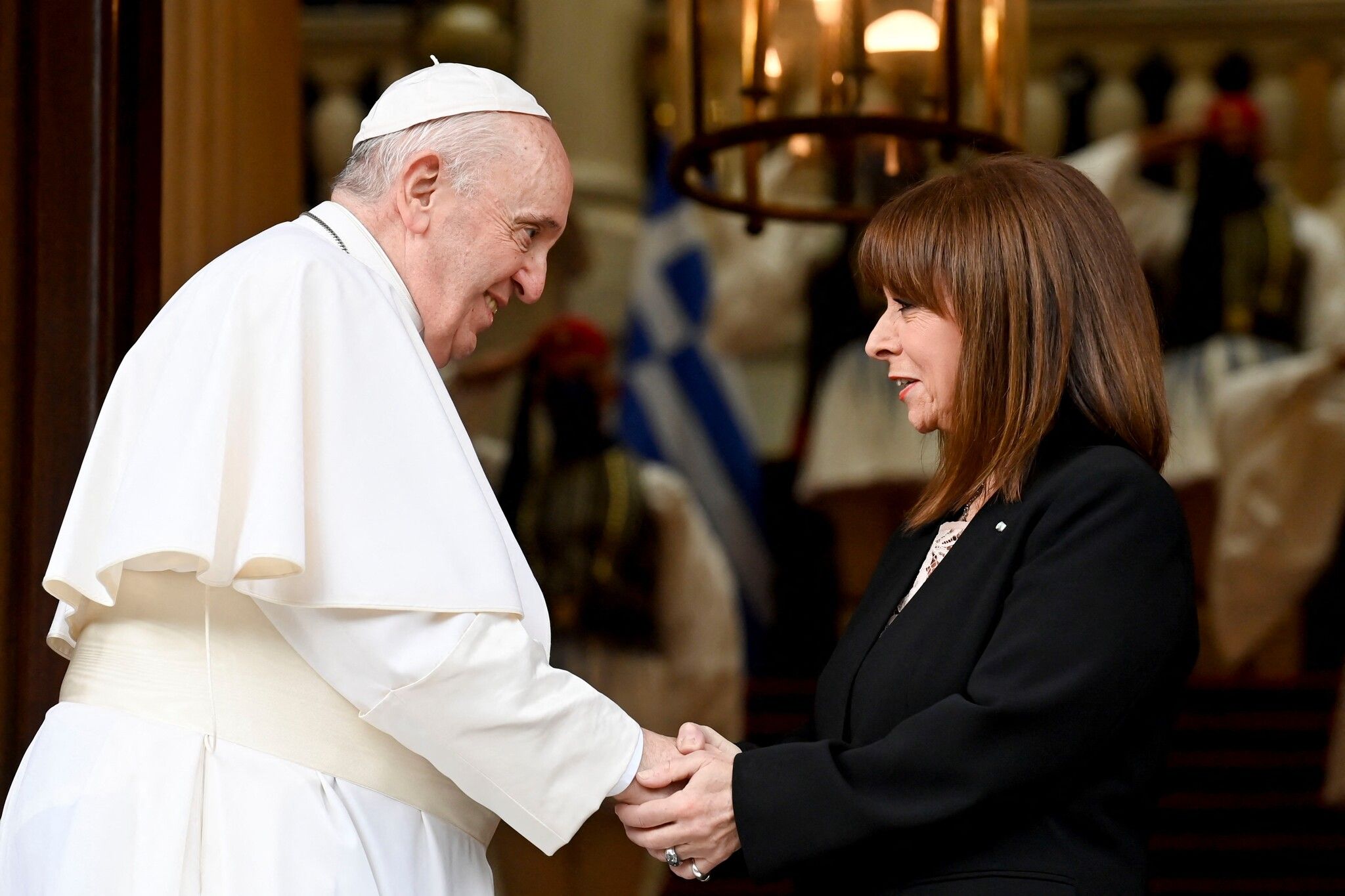 What better place than the land where democracy was born to worry about the rise of populism? Barely arrived in Athens, and after spending two days in Cyprus, Pope Francis expressed, Saturday, December 4, very serious concerns about the state of democracy. In front of the political leaders gathered at the Presidential Palace, he castigated the “Decline of democracy, and not only on the European continent”.

→ REPORT. In Cyprus, Pope Francis calls on the Church to be a “model of fraternity”

In the land where Aristotle was born, author of Politics, and not far from the Parthenon, François praised a political system that “Requires the participation and involvement of everyone”, faced with the simplistic solution of populism. Democracy, is “complex”, insisted François, and demands “The participation and involvement of everyone”. While “Authoritarianism is hasty and the easy assurances offered by populisms seem tempting”, continued the Pope, facing the President of the country, Katerina Sakellaropoulou, seated at his side.

This “Democratic skepticism” generalized is today nourished, estimated François, by the expectations of peoples “Concerned about security”, but also plagued by a form of « fatigue », even of ” dissatisfaction “, as well as “Consumerism”. “In the West, even though it was born here, the need for Heaven tends to be obscured, trapped as we are by the frenzy of a thousand earthly races and by the insatiable greed for depersonalizing consumerism. “ How to cope? For the pope, “The remedy for this situation does not lie in an obsessive search for popularity”.

A powerful call that resonated in the Greek presidential palace, as the populist specter also haunts the global cradle of democracy. Because it is in the Parliament of Athens that the neo-Nazi Golden Dawn party made its entry in 2012, in the wake of the financial crisis of 2008. A trauma for society and the Greek political class, even if the deputies have lost their seats in 2019, but are still present in the European Parliament.

Politics, which is “A good thing”

Faced with the country’s officials, the Pope also warned against “Thirst for visibility”, and the “Proclamation of untenable promises”. Politics, which is “A good thing”, he judged, must “Put common requirements before private interests”.

This warning, addressed in particular to Europe, was coupled with an alert on “Nationalist egoisms”, arising for the Pope from this democratic weakening, and which “Tear” today the European continent. This tear of egoism is expressed in particular in the way that the countries of the Old Continent approach the phenomenon of migration, said François.

As he had done the day before in Nicosia, he recognized that Greece was indeed, like Cyprus, a country located on the front line on the migratory front. And that it was necessary, in essence, to recognize and relieve his effort. “This country ready to welcome has received on some of its islands a number of migrant brothers and sisters greater than that of the inhabitants themselves, thus increasing their difficulties, while they are still feeling the consequences of the economic crisis”, recognized François.

Despite this situation, “Europe, however, persists in procrastinating”. To the point that it seems today “Blocked and uncoordinated, instead of being a motor of solidarity”. A fervent defender of quotas for the distribution of migrants between European countries, the Pope has, as he regularly does, defended a “Global and community vision of the migration issue”.

In Greece, “Country which can be defined as the memory of Europe”, in Athens, “Cradle of civilization”, “A message has arisen and will always arise”, François hoped. A message “Which responds to the seductions of authoritarianism through democracy; which opposes to individualistic indifference attention to the other, to the poor and to creation ”.

Valérie Pécresse, on track to move from Île-de-France to France

Valérie Pécresse, on track to move from Île-de-France to France