Among the nationalists, the sponsorship race is open 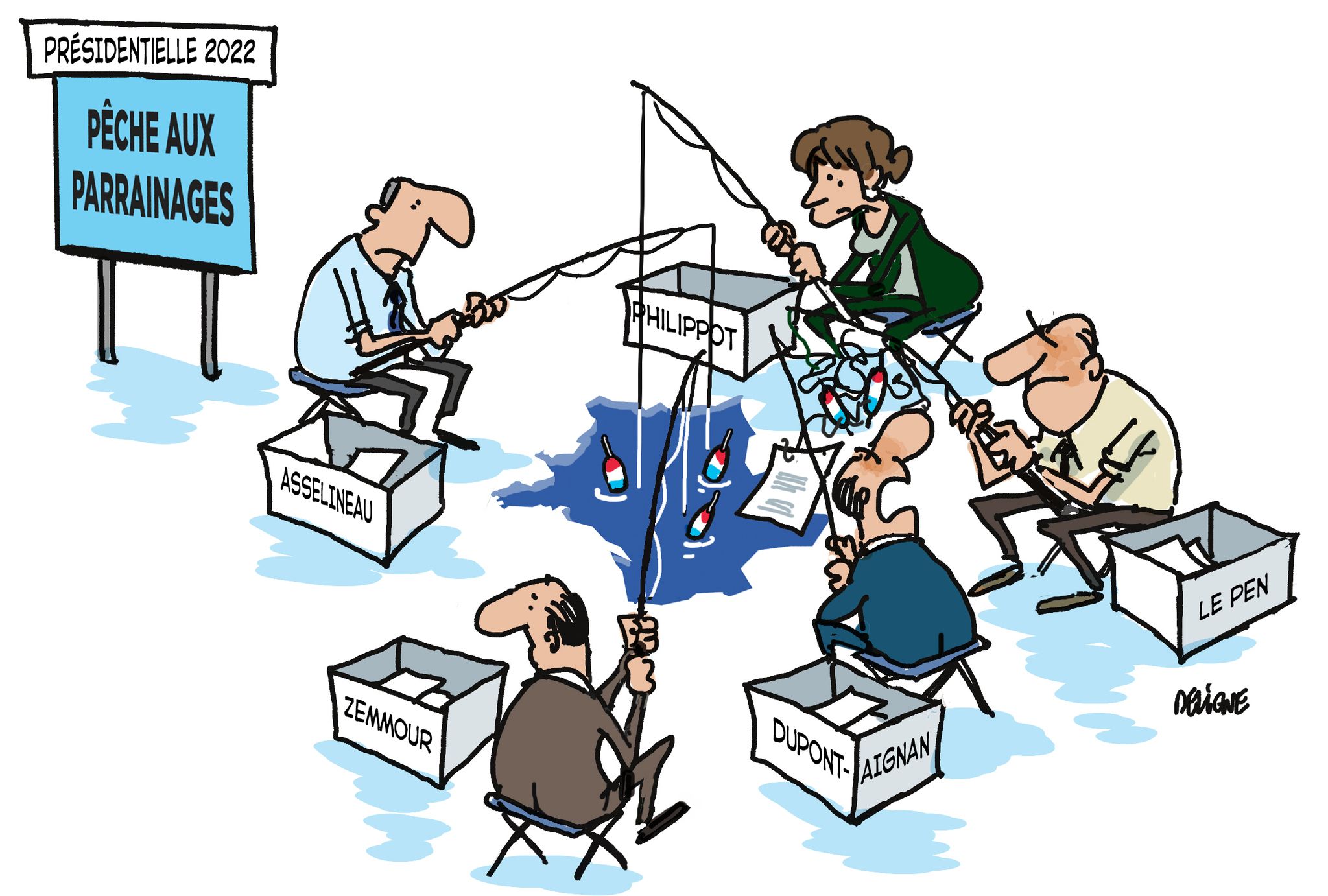 Katia and Stéphane Voisin had warned: begging for sponsorships for Florian Philippot, “It’s a ton of hours, a few meetings, and in the end a lot of losses”. The morning of November 25, spent traveling through the towns of western Yvelines, did nothing: still not the slightest promise of an elected official obtained for the leader of the Patriots, out of the 500 signatures required for the presidential election. From Bazainville to Condé-sur-Vesgre, the couple suffered the full range of refusals, when the door closed or the secretary did not stand in the way of the mayor. Polished: “I am elected without a label and do not want to bring politics into the village. “ Violent : “For sponsorships? Just fuck yourself! “ Argued: “I will never give my signature to the far right. I fight against these people on a daily basis. “

Officially, the dozens of volunteers mobilized by Florian Philippot across the country have already reported to him “About 200” sponsorship promises. But three months before the deadline for submitting the 500 sponsorships, March 4, the enarque faces competition from a profusion of nationalist candidates, declared or putative, for the presidential election. They are five in the running for 2022 – François Asselineau, Nicolas Dupont-Aignan, Marine Le Pen, Florian Philippot, Éric Zemmour – against three in 2017. And all are fighting for the same signatures: those of elected officials from small or very small municipalities rural areas.

In addition to this competition, there are other difficulties arising from the sponsorship advertising introduced in 2016. “The mayors of small towns, not labeled, may be afraid of robbing other elected officials or part of their constituents, confirms Raul Magni-Berton, professor of political science at IEP Grenoble. Candidates perceived as centrists, non-divisive or not affiliated with an extremist current, therefore find it much easier to convince. It will be complicated for all applicantsnationalists to meet in the first round. “

So, the opponents peel the lists of 2017 sponsors. “We prioritized the sectors and departments where the mayors had rather chosen Nicolas Dupont-Aignan or Marine Le Pen”, explains Dénis Cieslik, sponsorship manager for Éric Zemmour. “Because a minority of mayors sponsor and, among them, a whole party does not share our ideas. “ An unprecedented rivalry that could prevent certain ambitions.

If he sticks to the « secret » on his signature promises, Nicolas Dupont-Aignan admits to being late compared to the last presidential campaign. “It’s much more complicated”, underlines the president of Debout la France, in full quest in the Orne. “I’m not even sure I will get there on time. “

Even spite at the National Rally (RN). “At the current rate, the 500 signatures are not guaranteed”, assures Laurent Jacobelli, sponsorship manager for Marine Le Pen. “The additional competitors in our camp do not help”, concedes the spokesperson of the RN, who especially deplores, like the others, the famous publicity. “We deliver mayors who just want to play the democratic game at the vengeance of small local barons. “

A handicap all the more embarrassing as the historic party of the far right has suffered from the disappearance, since 2017, of a significant number of “natural sponsors”: these elected RNs, within the departmental and regional councils, that a a simple phone call was enough to add to the list (read the benchmarks). For 2027, the RN has already appointed “Ambassadors” in each department, often local elected officials, to identify the sponsors.

In the absence of such a dense network, Nicolas Dupont-Aignan and Florian Philippot rely on volunteers. François Asselineau, for his part, continues his collaboration with Norbert Chetail. This signature professional, qualified as “Mercenary” through competition, had greatly contributed to the 587 sponsorships accumulated in 2017 by the cantor of Frexit.

For his part, Eric Zemmour would mobilize nearly 600 small hands for this single mission, recruited via an email campaign. The polemicist’s team is optimistic, with more than 200 claimed promises and a “Stock of mayors” who would only wait for the formalization of his candidacy. “It’s not impossible that we will professionalize the system in the coming weeks”, warns Dénis Cieslik all the same.