The fighters of the rue de la Paix 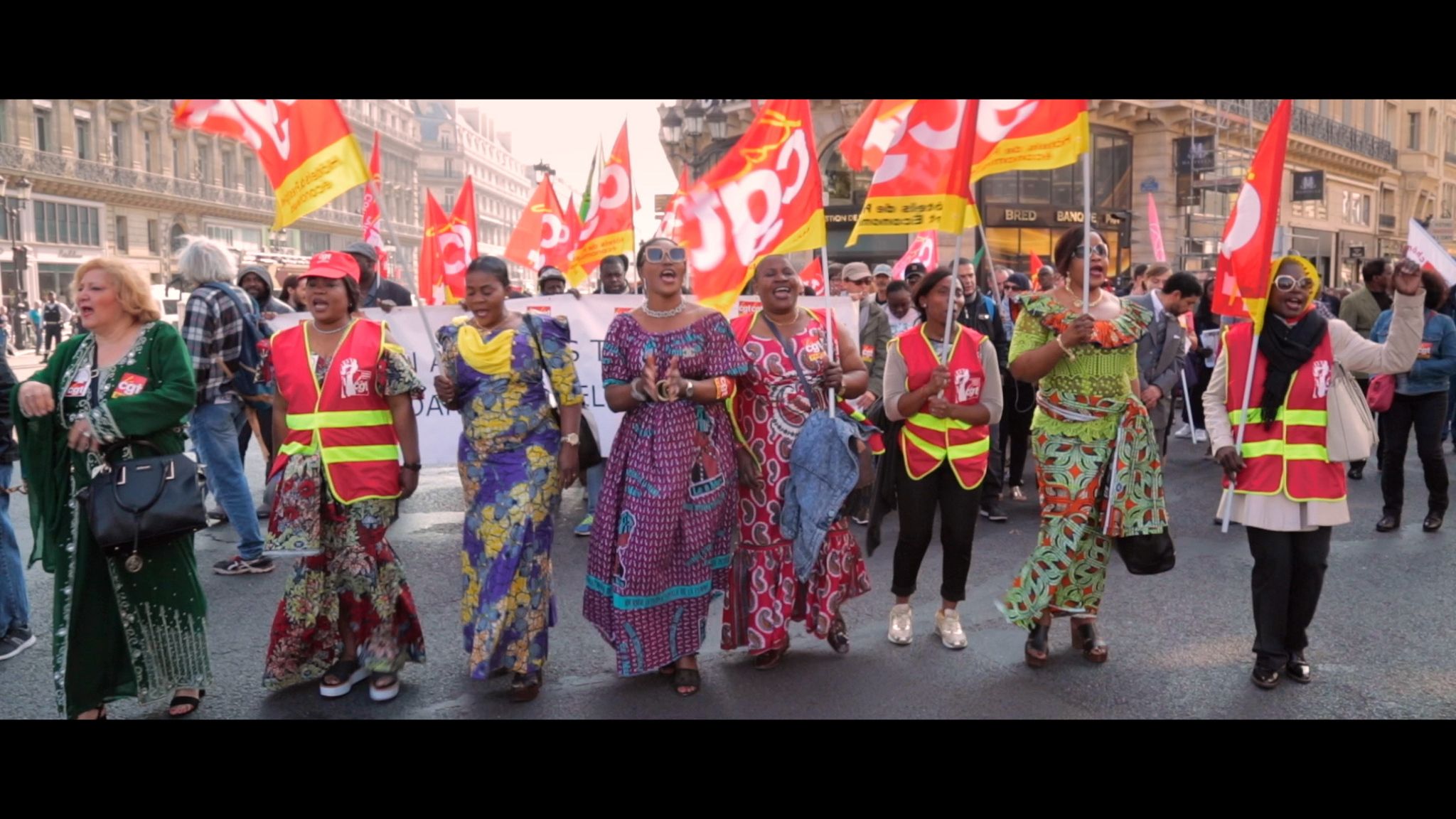 The Queens of the Palace

In The Queens of the palace, Karine Morales’ camera follows the chambermaids of a Parisian luxury hotel, the Park Hyatt in Vendôme, subcontracted employees, during their strike of nearly three months at the end of 2018. Women who no longer want to be invisible and ask to be recognized for their status and their work, essential to the prestigious life of the palace. We see their anger expressed against a management that ignores them, irony of fate when we know that the hotel is located rue de la Paix …

Throughout these weeks, these women fight, united and motivated, with their voices and their pots, to get their cause. Among their demands: the retention of their union representatives, the improvement of their working conditions and their integration into the palace staff. Despite the appearance of some tensions, despair, fatigue and lassitude, the group remains united. With finesse, the director shows the determination of these women and the way in which they reveal themselves to themselves in this fight.

Gradually, their movement is gaining momentum. Nine employees, employed by the hotel, joined them. A chambermaid testifies: “We were on strike with the rue de la Paix because all the stores were against us. If we do not negotiate with our boss, it will no longer be rue de la Paix but rue du noise! ” It took 87 days, and as many days without pay, to fold the Park Hyatt Paris-Vendôme. Karine Morales’s work shows the complexity of the relationship between two worlds that do not understand each other, a contemptuous management and workers at the end of their rope. Explosion of joy and profusion of tears finally mingle with the announcement of the answers obtained. Between relief and satisfaction, employees exchange well-deserved hugs. Until the end, the housekeepers will have fought for what they felt they deserved: respect.

I think the neutral pronoun “iel” is not going to stay

The reliability of e-commerce sites

The reliability of e-commerce sites