Tennis: Davis Cup is moving further and further away from its tradition 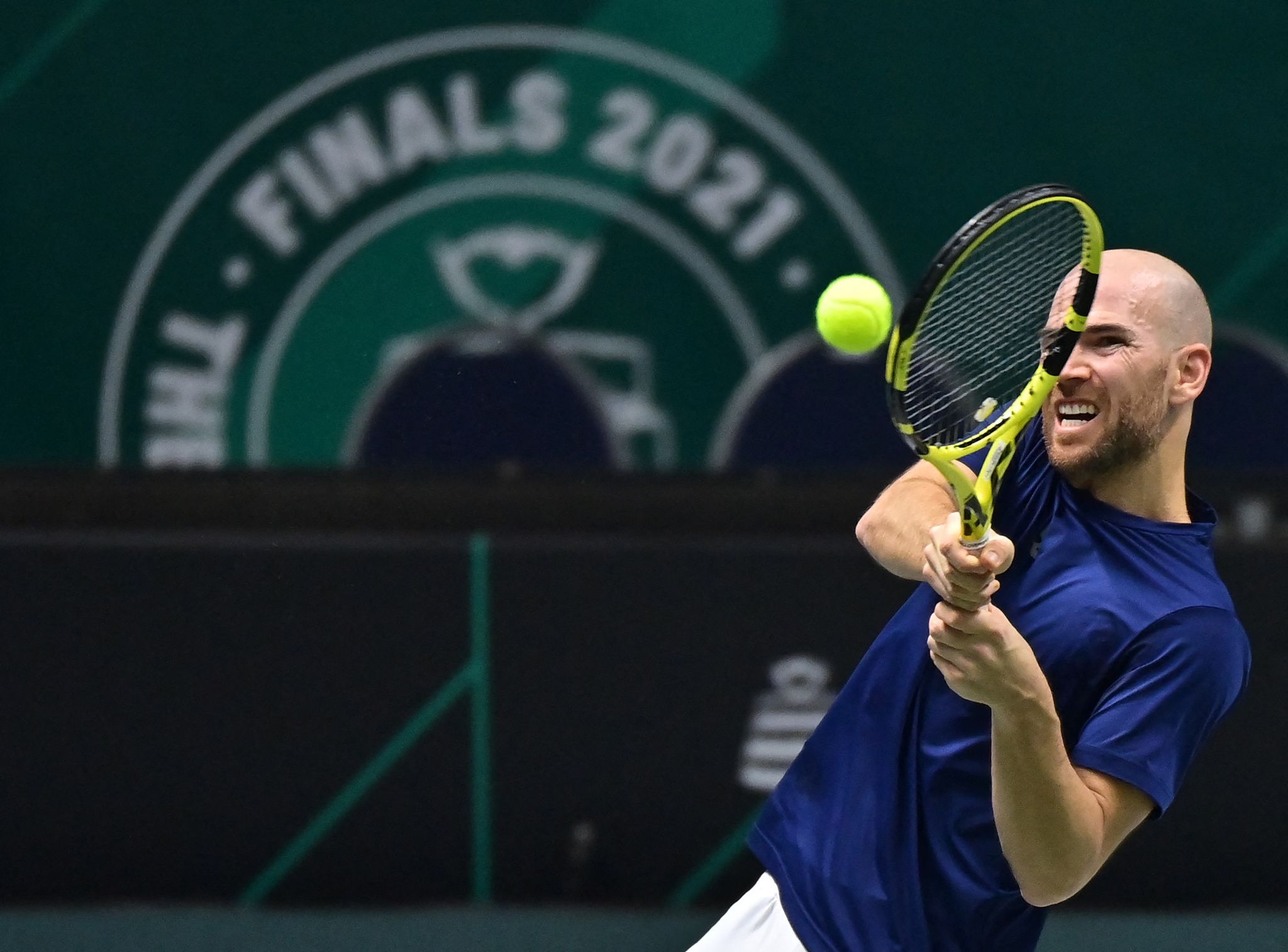 Completed, in two steps, three movements. Thursday, November 25, a hard-won success from the Czech Republic (2-1). Saturday, November 27, a defeat announced against Great Britain (1-2). And this Sunday 28, a very slim hope of qualifying suspended from the results of other matches, logically contrary to the end: the Blues of tennis have already finished with the Davis Cup 2021, a purge carried out in Austria and behind closed doors, pandemic obliges .

To console ourselves, we can summon the memory of the campaigns of yesteryear, meetings over three days with marathon matches in five rounds with a knife in front of a excited audience. It was the silver bowl of the golden era, before money matters came to the net, and a man named Gerard Piqué took the stake.

→ ANALYSIS. Men’s tennis in the face of losing points of reference

The defender and businessman of Football Club de Barcelona acquired for twenty-five years, with his company Kosmos, the rights to the prestigious competition in 2018, by offering the International Tennis Federation (ITF) a check which, as we say, do not refuse: nearly three billion euros.

“They are killing the competition”

The Davis Cup was certainly not at its best, no longer managing to seduce the big players and the sponsors. The “savior” Pique was able to upset the formula, reduced to a kind of league of 18 teams gathered over a week in Madrid. The first in 2019 turned in part to a fiasco, with an atmosphere at half mast outside the matches of Spain of Rafael Nadal (victorious finally), and a wobbly organization, meetings sometimes ending at the end of the night.

Canceled due to the Covid last year, the event takes place this year for its group stages at three sites, in Innsbruck, Turin and Madrid. Between the closed door imposed in Austria, the very sparse public in Italy and Spain, and the absence of 10 players from the World Top 15 (many injured at the end of the season, and the German Alexander Zverev, world No. 3, refusing to come), the overhaul is struggling to convince at least. But the worst is still elsewhere, with the revelation last week by the English press of a move to come for the next five years to Abu Dhabi.

The ITF has yet to validate this transfer, but the case seems heard. And it is already causing an outcry. “If they are now selling the soul of Davis Cup to the Middle East, I think it’s ridiculous and they’re killing the competition”, annoyed Lleyton Hewitt, the former champion who now coaches the Australian team. The French captain Sébastien Grosjean is also alarmed by such a development: “I think we have to sit around a table with the authorities of the circuit and integrate the players into the discussions regarding the programming, the calendar, to perhaps put this Davis Cup back in a home-away format and find the best formula. “

A pure logic of profits

The time does not seem, however, for the great democratic brainstorming. Kosmos has bet big on the Davis Cup. Because of the pandemic, the premiums paid have already been reduced (from 23 to 19 million euros, to be distributed to players and federations). We must find reliable partners to guarantee the future.

“And in this context, the sports policy of the United Arab Emirates is in perfect harmony with the Kosmos project, analysis Raphaël Le Magoariec, doctoral student specializing in the Middle East at the University of Tours. Abu Dhabi only uses sport in its diplomacy as a tool to develop its economic network. Its Formula 1 Grand Prix, for example, is only for inviting VIPs and doing business. The Davis Cup would be part of this movement, and regardless of the issues of image, profitability, or public interest. “

In fact, tennis fans are unlikely to be able to afford an expensive trip to follow their teams in Abu Dhabi. The popular dimension which had hitherto been all the salt of the ordeal? “Entities like Kosmos are driven by economic profit and have nothing to do with passion for sport. The Gulf monarchies interest them for their enormous financial capacities. And these monarchies laugh at their side of the external feeling. They do not operate on the same sporting imagination as our Western perceptions. For Kosmos as for Abu Dhabi, the Davis Cup is a product that must be sold. The rest is of little importance. “

Kosmos, the small business of the 34-year-old Catalan footballer, is becoming more and more conqueror. In December 2020, it invests in the French start-up Sorare, which is developing a business of digital football playing cards, and a few months later becomes the French technology company with the biggest fundraising (580 million euros). .

In June 2021, Kosmos launched an agency to represent top athletes, with Austrian tennis player Dominic Thiem as its first client. In August, Kosmos offered the rights to the French Ligue 1 in Spain. Very recently, Gerard Piqué also distinguished himself by launching… the World Balloon Championship. Splurge ? Mostly a hit on the Twitch app. Good sense of dribbling and business.