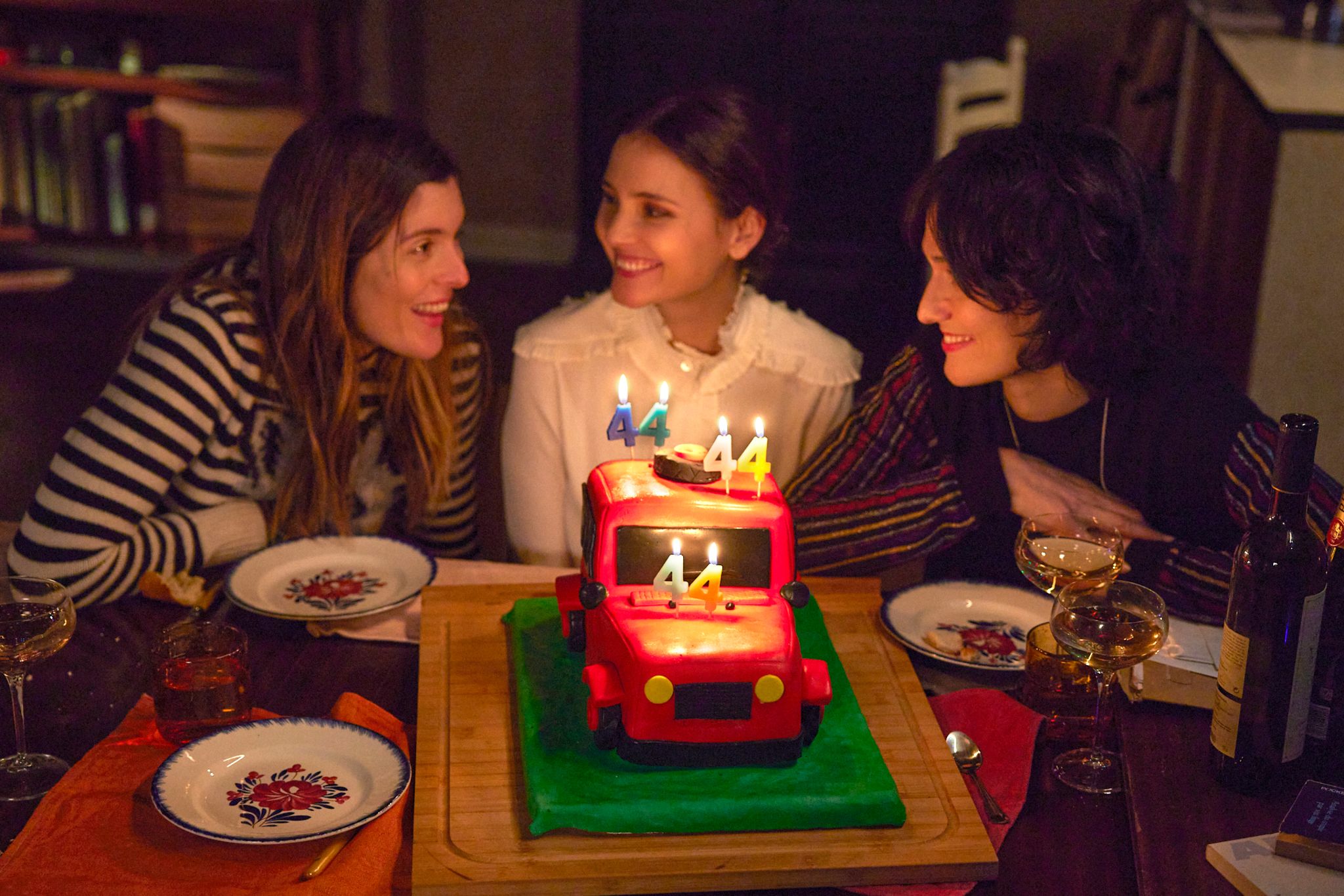 Sometimes life plays bad tricks. Director of family planning for the Goutte-d’Or district in Paris, Élisabeth Perrier, known as Nona, spends her time explaining contraception to young people and finds herself pregnant at the age of 70! Even more incredible, according to a DNA analysis, her only lover, André (Michel Vuillermoz), would not be the father of the child. Nona, who has brought up triplets now in her forties alone, and who cherishes a hard-won independence, feels dispossessed of her body, which has become an object of curiosity, and of her apartment, gradually invaded by a midwife and her daughters. who watch over her like milk on fire.

→ MAINTENANCE. Valérie Donzelli: “‘The war is declared’ is part of a life drive”

“All this from the first episode, it’s very inflated and yet, the more improbable it is, the more we believe in it”, rejoices Miou-Miou, who seized with a certain jubilation of this nonconformist character. Loving and uncompromising at the same time, Nona maintains a complex relationship with her daughters, entangled in their personal problems: Emmanuelle (Virginie Ledoyen) suffocates in the straitjacket of a bourgeois housewife; Gabrielle (Clotilde Hesme), sex therapist, writes bestsellers on the couple but remains unable to commit; George (Valérie Donzelli), still a virgin at 44, prolongs his studies indefinitely so as not to face life and leave the cocoon of the maternal apartment.

Like the decor that is both old-fashioned and timeless, cluttered with a whole bunch of knick-knacks and souvenirs, the series exudes a vintage charm. Co-creator with the young screenwriter Clémence Madeleine-Perdrillat (Aries (s), season 2 of In therapy), Valérie Donzelli drew on her own childhood, within a large family, and her love for 1980s sitcoms, such as Doting father Where Sam and Sally, to nourish the episodes, nine in number like the months of a pregnancy.

In close collaboration with cinematographer Irina Lubtchansky, the filmmaker has shaped a warm atmosphere, bathed in honeyed lights: « I want you to smell the wallpaper, the fluffy blankets and the coffee in the morning », she explains. Its very staging “Sensory” does not hesitate to resort to “dated” techniques: zooms, close-ups, super 8 images …

In this offbeat series, which flirts with the fantastic and the musical, Valérie Donzelli films the outbursts of the heart and the carnal desire of a 70-year-old woman, so rare on the screen, and presents motherhood in all its ambivalence, at a time “Superpower and super-poison”. Despite a few drops in pace and a wacky oddity that can be confusing, one can only be touched by the complicity released by this united tribe, drawing from nostalgia for childhood the strength to grow.