How parishes take ownership of the new Missal 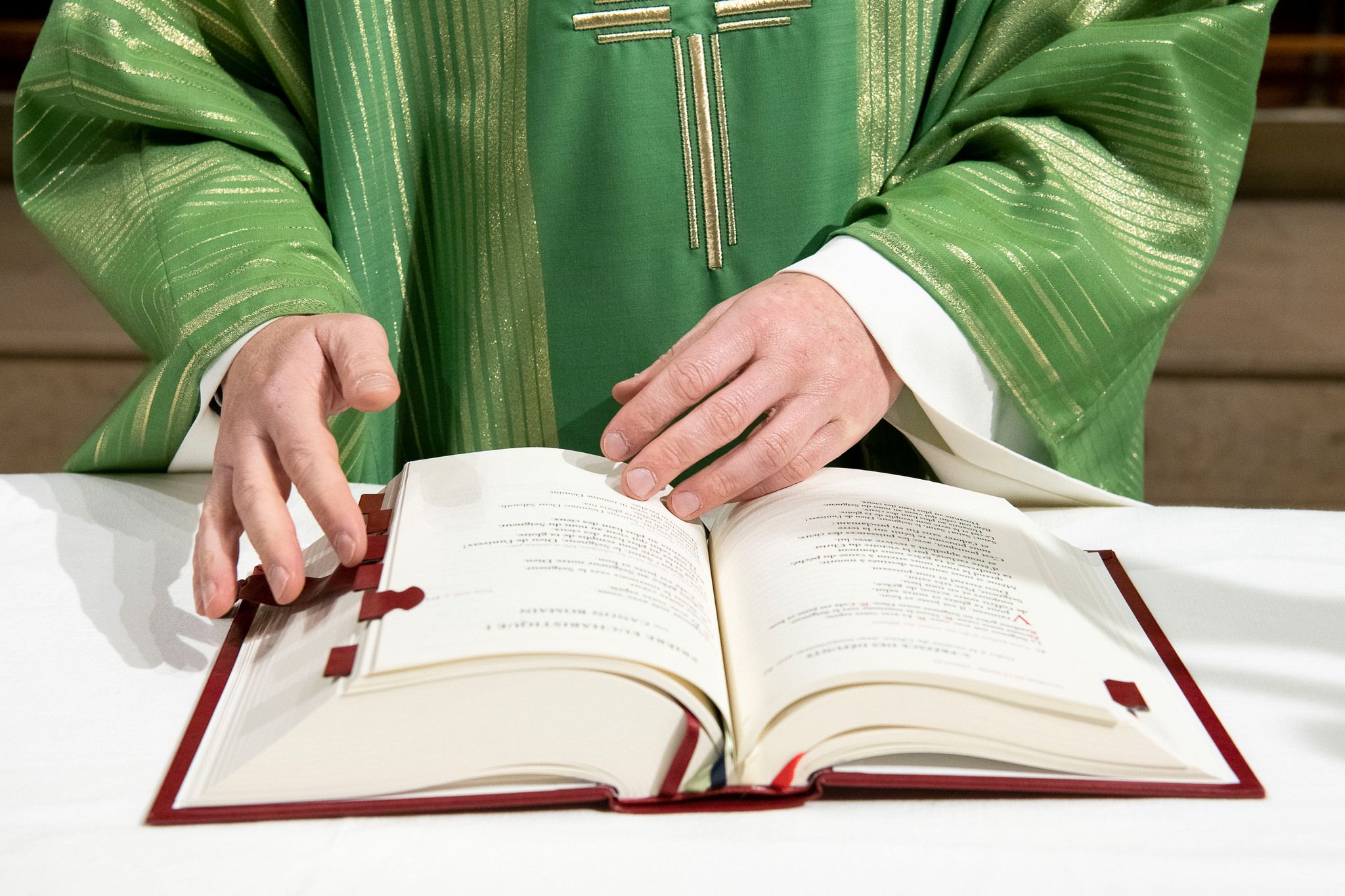 Sunday November 28, the first day of the new liturgical year, the French parishes will begin to use the new translation of the Roman Missal, the fruit of fifteen years of work. “By Palm Sunday 2022 at the latest, all parishes must have adopted it”, explains Father Olivier Praud, from the National Service for Liturgical and Sacramental Pastoral Care (SNLPS).

→ EXPLANATION. Delay in the delivery of the new Roman Missal

Difficulties in supplying bookstores will complicate, in certain places, the immediate use of this new translation. Thus, in view of the situation, the diocese of Viviers (Ardèche) has already announced, at the end of its training days on the Missal, that “The official launch date for this new translation will be given later”.

But already, dioceses, parishes and publications are hard at work to help the faithful to appropriate the subtleties of the new translation of the Missal. Some have been anticipating it for several weeks or even months. Monthly Pray in Church thus publishes each month, since last December, a double page of presentation of the Roman Missal. Parishes have been inserting an extract of the new translation into their information sheet every Sunday for several weeks to allow their parishioners to familiarize themselves with the new answers.

On social networks, liturgical specialists publish educational videos. This new Missal “Is an opportunity to rediscover the beauty of the Eucharist and to better understand the meaning of certain rites”, Thus explains the vicar of the parish of Figeac (Lot), Father Jean-Malo de Beaufort, in a series of videos devoted to the various novelties of the Missal. It is, for his part, in video again, Father Jérôme Bascoul, from the diocese of Paris, that “The faithful can have an active participation in the liturgy as requested by the Vatican Council II”.

Certainly, “Before being at the foot of the wall, the training offered on the new translation of the Roman Missal did not move the crowds, recognizes Father Arthur Auffray, diocesan delegate for liturgical and sacramental pastoral care of the diocese of Versailles. But the closer the implementation date draws, the more worshipers are waiting. “ Until January, around thirty formations in parishes of Yvelines are on the agenda of Father Auffray, who has already had the opportunity to train priests and faithful to liturgical animation teams.

“The novelties in the responses of the faithful will be limited”

After having followed a diocesan formation on the subject, Father Jean-Christophe Neveu, of the diocese of Arras, accompanied the formation in the field in his deanery of the Seven Valleys-Ternois (Pas-de-Calais). He especially observed a “Healthy curiosity”. The faithful expressed their surprise at the most significant changes, such as the term « consubstantial » in the Creed, which replaces the formula professing Jesus Christ as “Of the same nature as the Father”.

In reality, “The novelties in the responses of the faithful will be limited”, underlines Father Auffray. ” On the other hand, he continues, there is a whole vocabulary to be explained in the Eucharistic prayers said by the priest, the place of silence, of song, to be remembered. All of this is an invitation to rediscover the mystery of the Mass. “ An issue that Father Olivier Praud readily emphasizes: “This new translation gives us an opportunity to rekindle the meaning of words, to revisit the art of celebrating. “

“Beyond questions of liturgical sensitivity, I note that the faithful are very interested as soon as we approach the question of the reasons for the changes, the arbitrations that have taken place between translators, develops Father Auffray. I try to give the context by recalling the history of this book, the way in which it allows the prayer of the community… ”

“A catechesis on the mass”

After the first celebrations according to the new Missal, Father Triquet plans to organize a liturgical meeting for the general public in his deanery of the Marches du Hainaut, in the diocese of Cambrai (North). At the end of a formation provided in the diocese of Carcassonne (Aude), Father Praud, for his part, saw the desire to organize a new diocesan meeting a few months later to evaluate the experience.

→ GLOSSARY. The words of the liturgy

“Many parishes ask us for formations beyond the implementation of the new Missal, confirms Father Auffray. It’s an opportunity to rediscover what we are used to. But it is also a catechesis on the Mass. ” It also allows, after the period of confinement and remote liturgies, to “Rediscovering the place of the community in the celebration”.

A translation more faithful to the Latin text

► The new translation of the Roman Missal will come into force on November 28, successor to the 1975 version.

► It was Pope John Paul II who commissioned a new edition of the Roman Missal in 2000, in order to respond to changes in the sanctuary calendar and canon law. Indeed, if the general form of the Mass does not change, minor changes occur permanently.

► The typical Latin edition was completed in 2002. It therefore took nearly twenty years to obtain the French translation. This is intended to be more faithful to the Latin text, in accordance with the instructions given by the Congregation for Divine Worship.