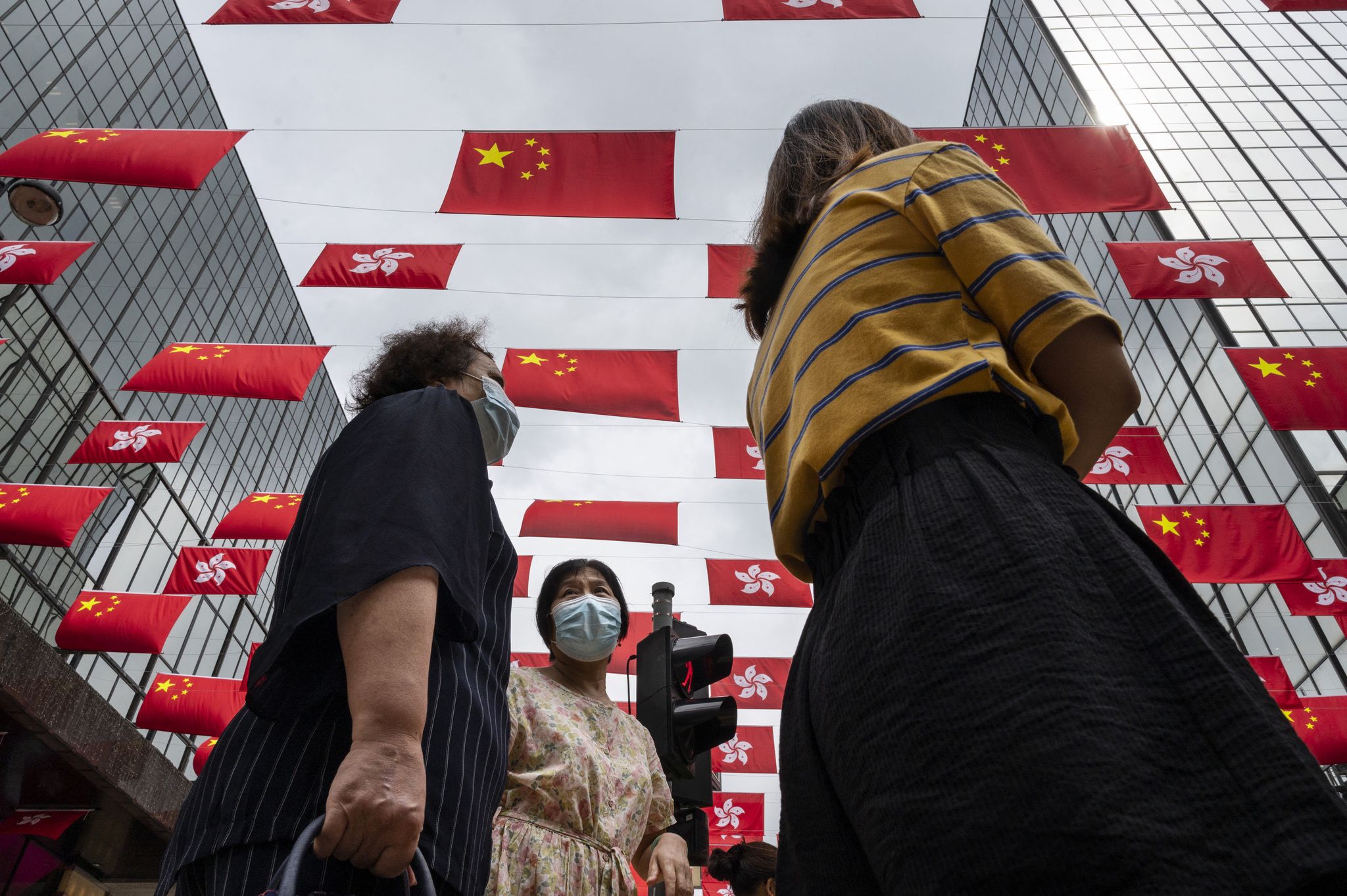 “I’m trying to survive. “ After very long months of silence, many endless sleepless nights and a deep nervous breakdown, Luisa Yip is just emerging from a never-ending nightmare. “I have just reconnected to social networks and am trying to resume a normal life with my friends and colleagues”, confides this young English teacher in a private school.

Like Hong Kong society still reeling from the Chinese repression, after a phase of pro-democracy boiling in 2019, this 35-year-old bachelor from the very popular district of Mongkok, at the forefront of the protest, is tries to appease his torments. With an obsession: how to adapt to the Chinese influence without losing your soul?

For Beijing, “order has been restored in Hong Kong”

Since Beijing’s imposition of the national security law in July 2020, against the backdrop of the Covid-19 pandemic which has paralyzed the territory, the 7.5 million Hong Kong people live under the yoke of Chinese repression. Chief executive Carrie Lam, described by opponents as “Beijing puppet”, rebuts accusations of repression by insisting that the national security law has “Put Hong Kong back on the right track” when “The Special Administrative Region (SAR) is entering a new era”. An expression borrowed from Chinese leader Xi Jinping. After the ” disorder “ and the millions of demonstrators calling for democracy in the streets in 2019, “Order has been restored” in Hong Kong. But at what cost ?

“Beijing wants to rebuild Hong Kong in its image”

“The authorities first removed the entire democratic camp within the territory’s political institutions because it represented a threat to China, which did not want the city to become a base of subversion”, assures Jean-Pierre Cabestan, sinologist and researcher at CNRS, who has lived and worked in Hong Kong for decades.

Hundreds of political activists, students, lawyers, professors, social workers and journalists have been arrested, charged and dozens sentenced to long prison terms. Others, like pro-democracy activist Nathan Law, 29, described as“National enemy” by China, had to flee to the UK and publicly sever ties with his Hong Kong family, to protect them from reprisals.

“I’ve been keeping a low profile for months”, says lawyer S. Liu, on the encrypted social network Signal. “The entire legal community lives in fear of being summoned by the security forces”, adds this courageous lawyer who has defended many young people in prison. “With this new national security law with very blurred outlines, we no longer even know where the line between legality and illegality lies. “ The law prohibits any “Secession, subversion or collusion”… “This is a typically Chinese, communist terminology, which allows anyone to be arrested at any time”, she laments.

“The authorities have succeeded in destroying civil society”

Faced with this legal aberration, a veritable sword of Damocles, nearly 50 associations in favor of human rights, student organizations, groups of social workers or civil society teachers’ unions have dissolved themselves in recent months. The NGO Amnesty International had to close its offices last October, judging that the safety of its members was no longer guaranteed in Hong Kong.

Four foreign journalists were refused the renewal of their work visas, without any justification. “The authorities have succeeded in destroying civil society, notes Jean-Pierre Cabestan, with the larger project of rebuilding a new one, in the image and colors of China. “

Faced with this real Chinese strategy of devitalizing Hong Kong, many citizens engaged in the protest movements hide, keep silent and disappear from social networks. “We have become ghosts to escape public security controls”, says a social worker on the front line of the protests for months on condition of anonymity. “The underground resistance exists, she still assures, but we are all scared to death because nothing escapes Beijing’s 2.0 surveillance. “

The exodus abroad will continue

Thousands more have chosen the exodus. Since July 2020, according to government statistics, at least 100,000 Hong Kong people have left the city, mostly to Britain and then to Australia, Canada, the United States and Taiwan.

According to a survey conducted by the University of Hong Kong last month, 42% of those polled said they had already planned their next departure. It is only a matter of time and opportunity. They mostly invoke “The end of a democratic political system, public freedoms and freedom of the press”. Another part was also justified by “The desire to offer (his) children a better education, open and less patriotic”.

The “brain drain”, recorded just before the handover of Hong Kong to China in 1997, concerned the very privileged categories who, for the most part, came back to work in Hong Kong having secured a second passport. But in 2021, the context has completely changed: it is a question of departure with no possible return.

The exodus affects professionals such as doctors, dentists, nurses, lawyers, teachers. All are starting to run out and won’t be coming back anytime soon. The migratory phenomenon risks further amplifying if the lifting of travel sanctions is confirmed with the improvement of the health situation in 2022.

Luisa is in “survival” mode

“We are not yet living under the same restrictions as in Beijing, recognizes Jean-Pierre Cabestan, we still have access to social networks like Twitter or Facebook without using a VPN to bypass censorship. Indeed, Beijing does not want to alienate the economic and financial circles. “ In the education sector, we are nonetheless witnessing a real purge among the personnel, as in the school programs which are turning the bright red of communism.

The pressure is palpable. Cameras are already installed in the corridors of schools. When in the classrooms? In the meantime, student informers from the continent are already making their reports to the authorities.

“Xi Jinping wants to reshape the brains of teachers in order to artificially transform them into good patriots”, laments Luisa who is already anticipating a “Total sinisation” spirits in Hong Kong. Overwhelmed by this prospect of identity rape that will force her to learn Mandarin, to assimilate the Communist version of official Chinese history and to sing the national anthem in the courtyard of her school at the time of the raising of the flag of People’s Republic of China, Luisa seeks to adapt: “I will have to learn to pretend to adhere to the Chinese diktat, in public, while refusing to submit to it …” A “survival” strategy.

1is July 1997. Handover of Hong Kong to the People’s Republic of China which becomes a Special Administrative Region (SAR) in China.

Fall 2014. “Umbrella Revolution” to defend direct universal suffrage in legislative elections. The government is not giving in.

Spring-fall 2019. Unprecedented protests against an extradition and democracy law that have gathered millions of Hong Kongers in the streets for months. The authorities are not giving in.

1is july 2020. Imposition by Beijing of the law on national security which paralyzes the entire political system of the territory and suppresses the democratic opposition.