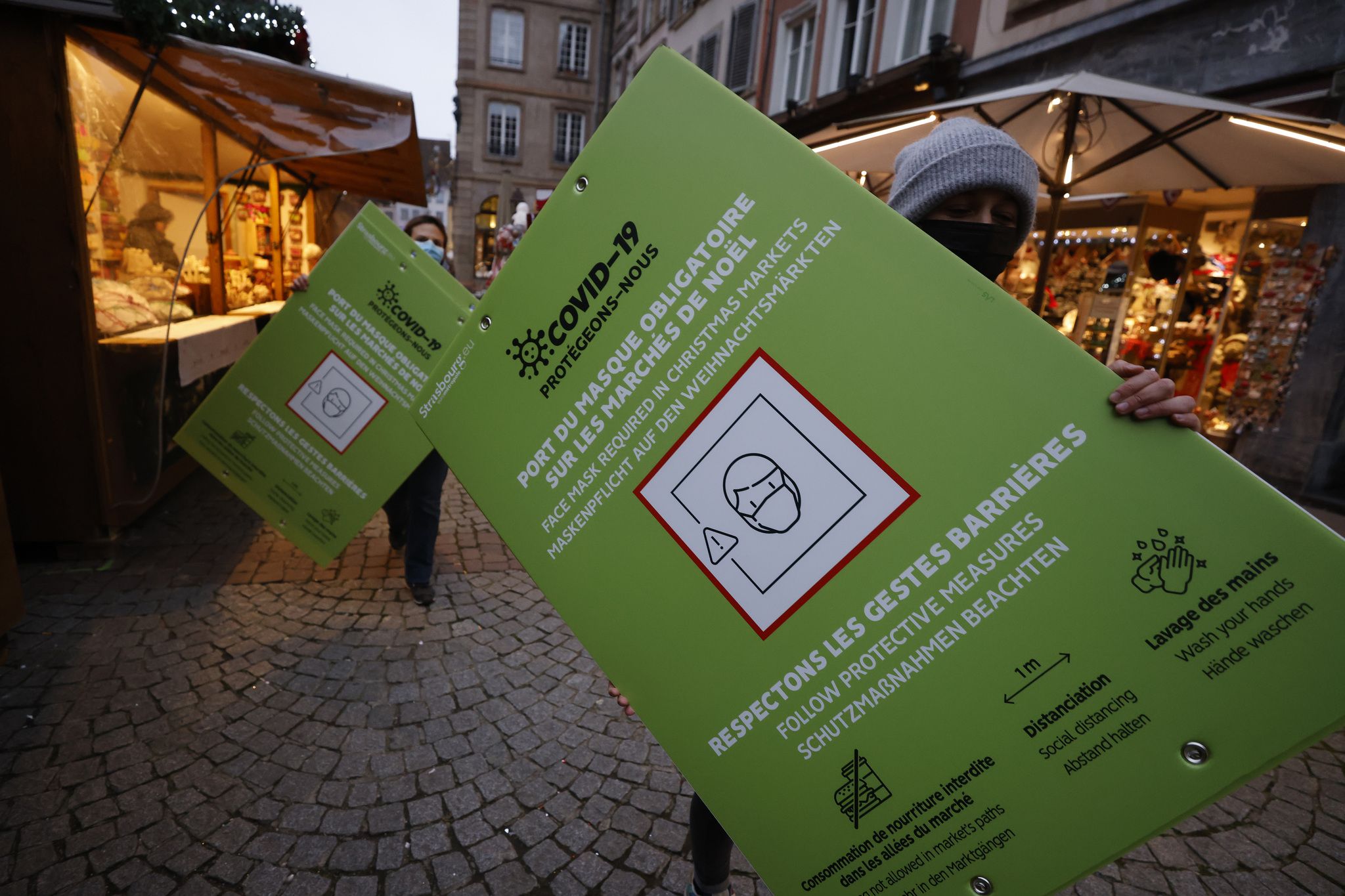 Weariness and fear. These are the feelings that must undoubtedly win over the French at the start of winter and of the fifth wave of Covid. While in recent months, the hope of a return to a normal life had taken shape, the epidemic resurgence combined with the appearance of the new Omicron variant seems to block the horizon again.

The main threat seems to be this new mutation of the Covid, named Omicron, named after the 15e letter of the Greek alphabet. This variant was first spotted in South Africa, before spreading rapidly around the world.

In a few hours, it spread like wildfire, and in France its detection “Is undoubtedly a matter of time”, estimated the Minister of Health, Olivier Véran, Sunday, November 27 at midday.

It has previously been found in Botswana and in travelers to Hong Kong and Israel. In Europe, Belgium has reported a first case in a person from Egypt. The variant was later spotted in Britain, Germany, Italy, the Czech Republic and the Netherlands, where 13 passengers from South Africa were found to be carriers of the variant and were released to the isolation near Amsterdam airport.

Like many countries, France decided, Friday, November 26, to close its doors to travelers from southern Africa and adapted its health protocol: even vaccinated, contact cases of people infected with the Omicron variant will have to be isolated, warned Olivier. Véran.

Scientifically, for the moment, the information available is very sketchy. However, there are some concerns that the Omicron variant has several modifications that could make it more contagious than the starting strain, and even the Delta variant. It is indeed very varied and has mutations known to increase transmission in other versions of the virus, as well as changes that would allow it to escape antibodies from vaccination or a previous infection.

The infected person detected in Israel was also vaccinated. As of Sunday, his state of health was not known and it is impossible to say that the variant is more dangerous, in addition to being more contagious.

Richard Lessells, an infectious disease specialist in South Africa, is still concerned that “ this variant could not only have an increased transmission capacity, but could also be able to bypass certain reactions of our immune system ”. During a press briefing, Tulio de Oliveira, a virologist in South Africa, announced that the variant exhibited thirty modifications on the spike protein of the coronavirus, a record. The part that attaches to human cells has ten, where the Delta variant only had two.

Note of hope: it has happened in the past that variants emerge and disappear so quickly. The more dangerous Beta was quickly swept away by the more contagious Delta variant.

In France, a recall in the face of the fifth wave.

This new threat arrives in France in a context of renewed epidemic in the face of which the government made the choice, Thursday 25, of a compulsory vaccination booster. The latest figures showed more than 210 cases per 100,000 inhabitants, increasing steadily since mid-November.

The reproduction rate of the virus, the famous R, was around 2 at the end of last week, which meant that an infected person in turn contaminated a little less than two others. However, the government does not see “No fatality in the face of the Covid”.

Last spring, during the third wave, this rate was three times higher. For this winter, it nevertheless seems difficult to make predictions, between the logistical challenge of the vaccine booster, the uncertainties around the new variant, the climatic conditions favorable to the circulation of the virus and the adhesion to the barrier gestures.

The fifth wave continues to rise

For the day of Saturday, November 27 alone, 37,218 new people tested positive, the highest figure for more than sixty days.

The incidence rate (the number of new cases reported to the population) is increasing. Between 15 and 21 November, it was established at 193 per 100,000 in metropolitan France, against 125 the previous week. This indicator is pulled upwards especially by children, who are not vaccinated.

More than 51.7 million people have received at least one dose of the vaccine and more than 50 million are on a full two-dose vaccination schedule as of 23 November.

The autonomy of Guadeloupe under debate

Sahel: a convoy of the Barkhane force crystallizes the rejection of France

Sahel: a convoy of the Barkhane force crystallizes the rejection of France