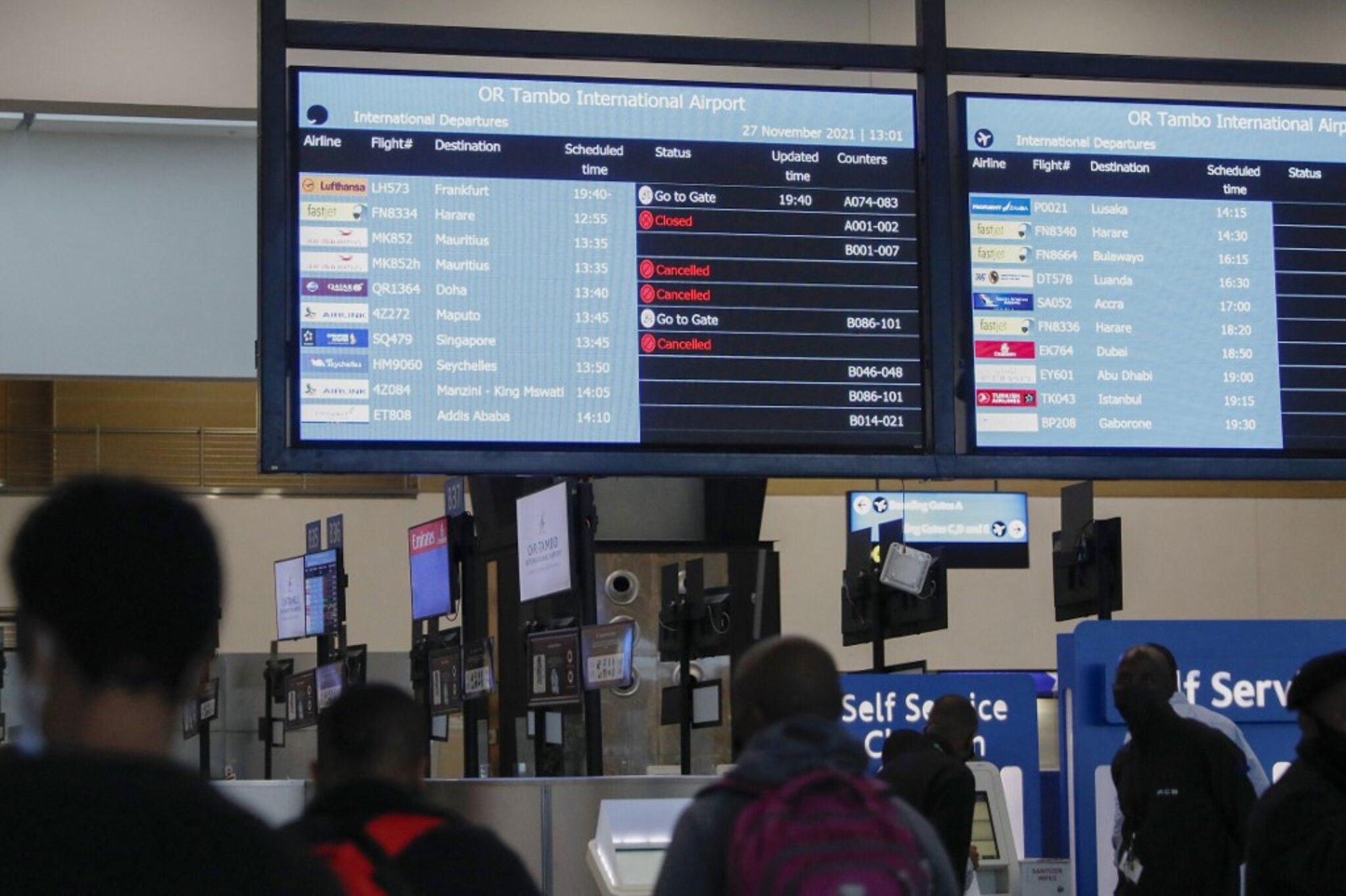 In Europe, after Belgium, Great Britain, Germany and Italy, the Czech Republic announced on Saturday November 27 that it had detected a first positive case for the new variant called “Omicron” in a patient with Covid-19, hospitalized with mild symptoms. According to the head of the Czech government, this patient was vaccinated and had traveled to Namibia, before returning to the Czech Republic via South Africa and Dubai.

In Amsterdam, about sixty passengers, disembarked Friday from Johannesburg and Cape Town, were still in quarantine near the airport. “The Omicron variant was probably found among those tested”, said the National Institute of Public Health (RIVM), pending final results expected this Sunday.

The first to suspend flights from South Africa, the British government has announced a tightening of entry rules for arrivals from all origins: mandatory PCR testing and isolation until the result, alongside the return of the compulsory mask in all shops. Switzerland has also announced that people from the Netherlands, the United Kingdom, the Czech Republic, Egypt and Malawi must present, upon boarding and entering Switzerland, a negative Covid test and be placed in quarantine for 10 days. This was already the case since Friday evening for people from several countries in southern Africa, Belgium, Israel and Hong Kong.

Any person “contact” of another tested positive for the new variant will have to be isolated even if it is vaccinated, for its part announced Saturday evening the French ministry of health, whereas currently in France, where no confirmed case of this variant has not yet been announced, if a person is in contact with a person infected with the coronavirus, they should only isolate themselves for seven days if they are not vaccinated or if their vaccination schedule is incomplete and / or she is immunocompromised.

Israel, where a case has been confirmed in a traveler returning from Malawi, will ban from Sunday evening the entry of foreigners into its territory and impose on its vaccinated nationals a PCR test and three days of quarantine (seven for non- vaccinated). The country had just reopened its borders on 1is November and is preparing to celebrate eight days during the feast of Hanukkah.

Southern Africa isolated in the world

On all continents, countries have closed to southern Africa, including its main air hub in Johannesburg where return flights are difficult to obtain. South Africa is ” punished “ for having detected the Omicron variant, denounced Saturday the government of Pretoria, denouncing a phenomenon of ” panic “ and measures “Draconian” unjustified. “Some leaders are looking for scapegoats to solve a problem that is global”, had denounced the day before the South African Minister of Health Joe Phaahla, whose country derives significant income from tourism. Travel restrictions, besides South Africa, apply to Botswana, Zimbabwe, Namibia, Lesotho, Eswatini, Mozambique and in some cases Malawi.

→ EXPLANATION. Covid-19: what do we know about the new variant discovered in South Africa?

The new variant was classified as “Worrying” by the World Health Organization (WHO) which has, however, advised against travel restrictions and believes that it will be necessary ” Several weeks “ to understand the virulence of the new variant. According to the WHO expert group, preliminary data on this variant suggests that it presents “Increased risk of reinfection” compared to other variants, including the Delta, currently dominant and already very contagious.

"Nona and her daughters", on Arte: the ladies of the heart of Valérie Donzelli