The question of the autonomy of Guadeloupe comes into the debate 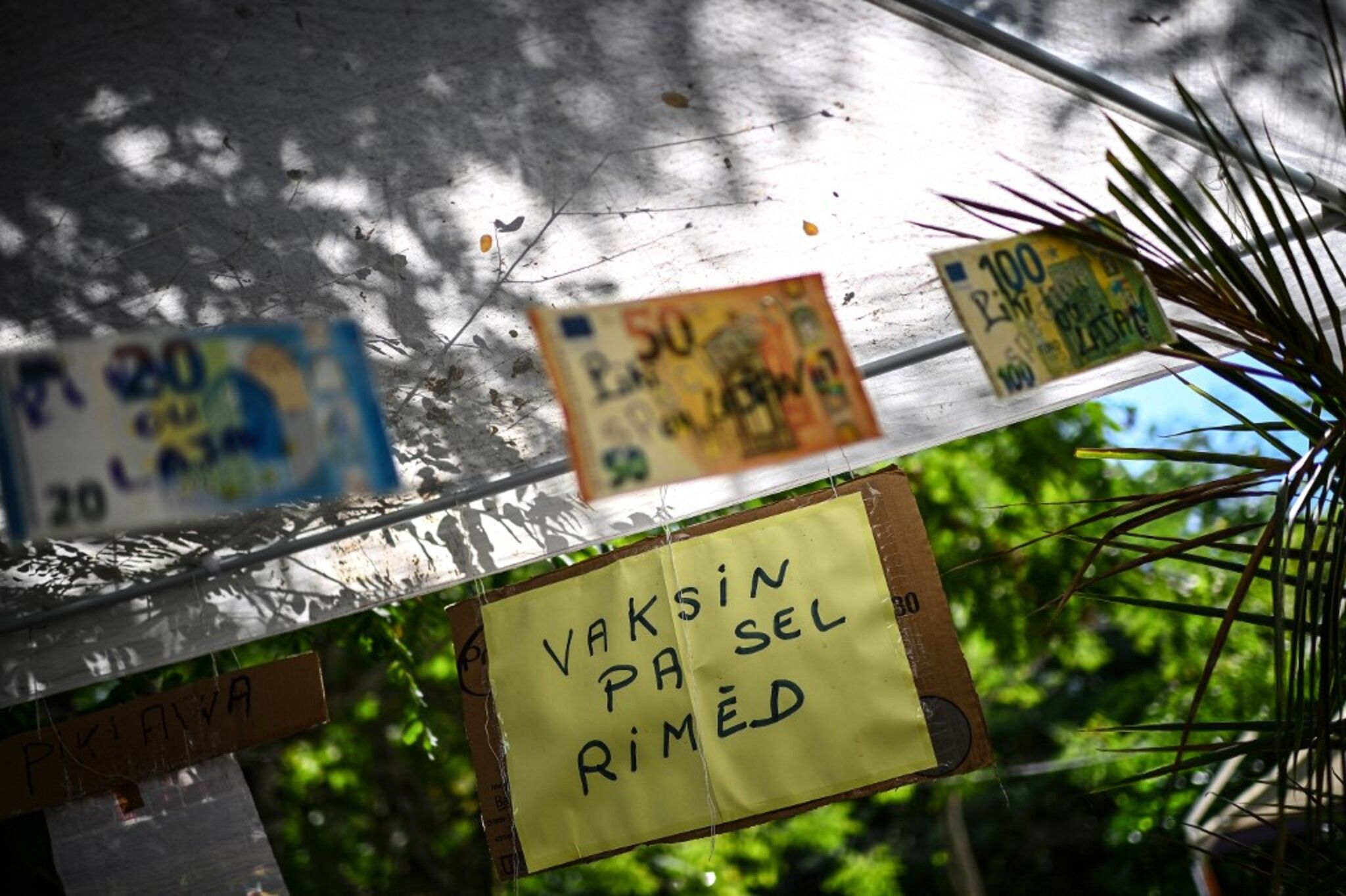 The government has launched the sensitive debate on more autonomy for Guadeloupe, a department shaken like Martinique by a social explosion born of a movement against the vaccination obligation for caregivers, punctuated by violence, looting and road blockages. In the meetings of the last few days to try to resolve the crisis, “Some elected officials have asked the question of autonomy”, acknowledged Foreign Minister Sébastien Lecornu in a televised address to Guadeloupeans.

“According to them, Guadeloupe could better manage itself. They want less equality with France, more freedom of decision by local decision-makers. The government is ready to talk about it, there are no bad debates as long as these debates serve to resolve the real problems of the daily life of Guadeloupe ”, continued the minister.

This declaration was immediately shelled by the opposition of the right and the far right, who denounced a retreat or a abandonment. “The government’s response to the crisis in the West Indies is autonomy! Guadeloupeans and Martinicans do not want less State, on the contrary: they want the State to stand by their side and assume its responsibilities ”, tweeted Xavier Bertrand, candidate for the nomination of the Republicans for the presidential election.

Mr. Lecornu immediately responded on the same social network: “Stop the lies and approximations @xavierbertrand! After having consulted them, I note that West Indian elected officials want certain questions, in particular health, to be dealt with locally in the future = + autonomy. We do not refuse this debate ”, he stressed.

“What is at stake is the unity of the Nation”

Another candidate at LR for the presidential nomination, Michel Barnier considered that what was “At stake is the unity of the Nation”. “What we expect from the government in the West Indies is authority, dialogue and health and economic support. No panic, no improvisation. It is not allowed to sow doubt on our attachment to overseas France ”, he warned.

Eric Ciotti, also in the LR nomination race, denounced him as a step back from the executive. “After Notre-Dame-des-Landes, Macronism is still giving way to the street and to rioters in the West Indies – opening of a dialogue on the autonomy of Guadeloupe – postponement of the vaccination obligation for caregivers With Macron, the Republic give in and recoil in the face of violence ”, he tweeted.

On the far right, RN presidential candidate Marine Le Pen said that “To try to buy the radical separatists, the government says it is ready to let go of Guadeloupe”. “This is not what Guadeloupeans expect! They expect the State to be protected and respected and to be offered prospects for the future ”, she added in a tweet.

Sébastien Lecornu also announced the financing of “1,000 jobs aided for young people, with specific support and training, in the non-profit sector, to support local authorities or social, sporting and environmental associations”. In Guadeloupe, 35% of the population lives below the national poverty line, with a high unemployment rate (19%), especially among young people (35% in 2020 against a national average of 20%).

To get out of this crisis born from the refusal of compulsory anti-Covid vaccination for nursing staff and firefighters, the government first announced Friday to postpone the application of this measure to December 31. In addition, he proposed the lifting of the suspension of unvaccinated staff and their remuneration for those who accept a “Personal support” in particular with a view to reclassification. In addition, the prefect of Guadeloupe “Decided to extend the curfew from 6 p.m. to 5 a.m. until Monday, November 29, 2021 at 5 a.m.”. Thursday, the prefect of Martinique had established a curfew “From 7:00 p.m. to 5:00 a.m. until calm is restored”.

“The health pass that prevents everyone from living”

Trade unions have already rejected proposals to lift sanctions. This advert “Does not change anything: we are not satisfied with this decision. We demand the withdrawal of the vaccination obligation because our freedom to choose is violated, and of the health pass which prevents everyone from living ”, reacted to AFP Sormain Sandrou, deputy secretary general of the UTS-UGTG of the CHU of Pointe-à-Pitre, present on the picket line in front of the establishment.

“I have the impression that we do not get along, that we do not understand each other (…) We want an exemption so that this law is not applied here! And not only at the firefighters! “, for his part proclaimed Jocelyn Zou, representative of the Force Ouvrière union among firefighters, on RCI radio.

And, while waiting for a solution, Guadeloupe and Martiniquans are increasing D systems tenfold to bypass roadblocks that slow down activity. Those who can snatch up the tourist boat services listed on Facebook, for 50 to 100 € per head, including funeral directors, tourists having to reach the airport or a hotel, or even pharmacies to be delivered.

Because what had started a few days ago in these two islands with blockades and pickets quickly slipped into violence against the police, fires and looting. Law enforcement and journalists were targeted by gunfire on the night of Thursday to Friday in Martinique, where the violence left ten officers injured, including five by bullets.

About ten arrests took place in Martinique during the night, according to the Minister of the Interior Gérald Darmanin. According to government spokesperson Gabriel Attal, he “There have been nearly 150 arrests since the start of this situation in Guadeloupe and Martinique”.

TotalEnergies: a rebate for customers who reduce their consumption

Real estate: find the right partner to sell or buy your property

STMicroelectronics falls: Apple will not increase its production of iPhone 14