In Algeria, “above ground” local elections 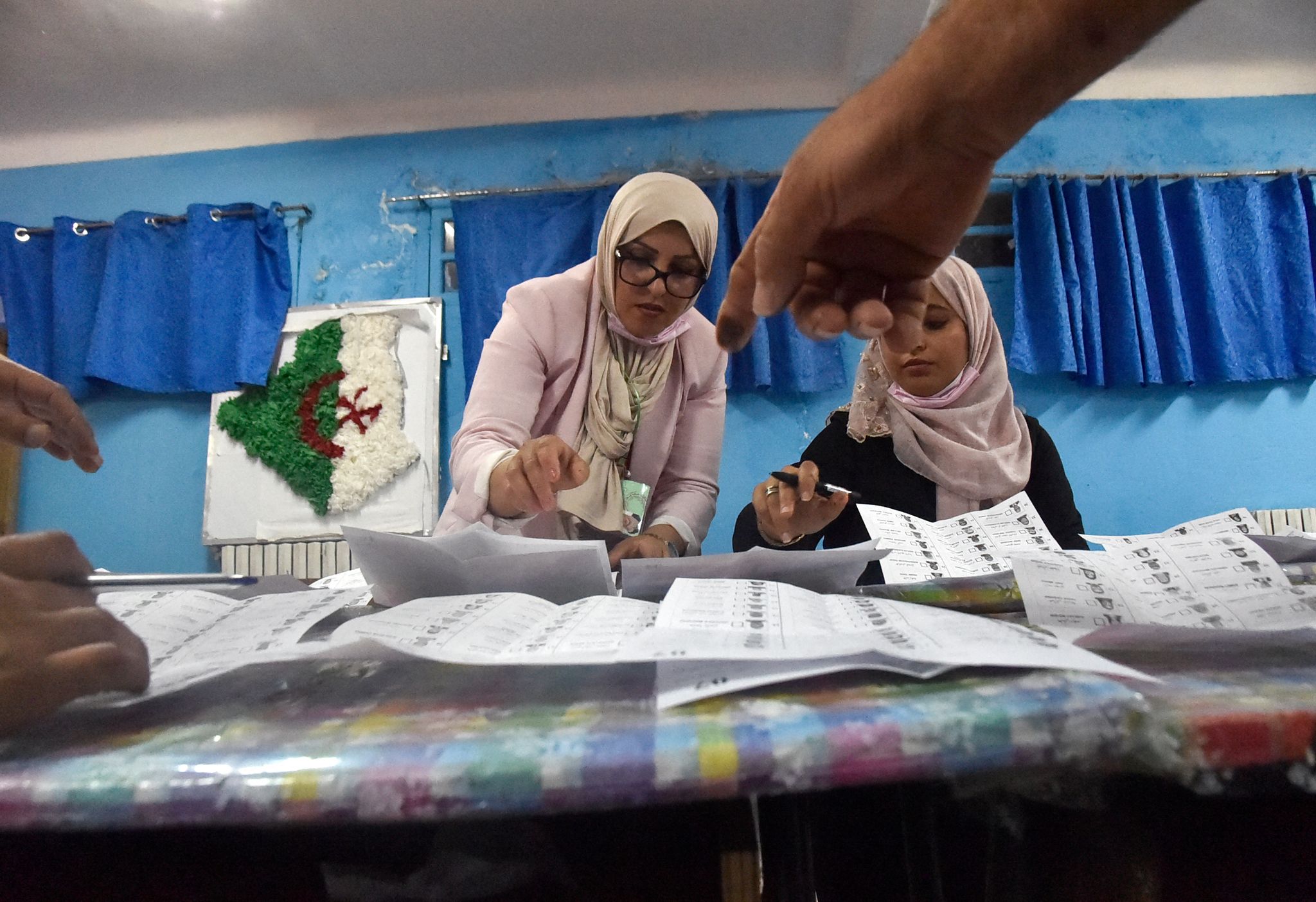 On the central street Emir-Abdelkrim-Khattabi, adorned at its end by the beautiful facade of the Grande Poste, Abdelhakim Bettache, the mayor of Algiers center, took advantage of a calm afternoon in this exceptionally rainy autumn, to make his farewell tour with the merchants of the kiosks. Annie, the authority in charge of the elections, crossed out his name from the list he was leading for the early electoral meeting of November 27, municipal and assemblies of district (departments). His appeal to justice did not change anything. With his two previous terms as mayor, Abdelhakim Bettache is considered to be too representative of the Bouteflika years.

Give the illusion of change

“The current regime is reduced to this. As with the legislative elections last June, he tries to hide by authority the candidacies that are too cumbersome to give the illusion of change ”, explains the communications officer of the RCD, the democratic opposition party, which has decided to remain on the boycott line of the electoral meetings of the era of President Tebboune.

→ READ. In Algeria, President Tebboune takes back the baton against Hirak

The electoral campaign reinforced the feeling that the local elections will not attract more voters than the presidential election of December 2019 or the legislative elections of June 2021, largely shunned. For the retired Hamid Khemais, “Algerians are facing worrying inflation and rising unemployment; they know that local elected officials do not even have prerogatives to improve life in their cities. “ He remembers the local elections of June 1990, the first free ballot in Algeria: “There was incredible excitement. The Islamists of the FIS won and everyone understood that we could take a share of power through the ballot box. Today no one will tell you that. “

The political and social context in which this last stage of institutional renewal in the era of President Tebboune is taking place is particularly degraded. The district of the Algiers courthouse center was surrounded by riot squads Thursday, November 25 to prevent a picket line by lawyers. The black dresses were protesting against a new tax regime and “A vertiginous rise in attacks on our profession” according to Master Tamurt.

→ ANALYSIS. In Algeria, repressing the Hirak goes through the stigmatization of Kabylia

If the political demand, repressed in the public space, has receded, social movements have multiplied this fall, whether it is the rotating strike of national education or road cuts across the country, also well by workers who did not receive their wages than by citizens angry at the rationing of drinking water.

The risk of cutting oneself off from institutions

In Kabylia, the choice of the leadership of the Front des forces socialistes (democratic opposition) to participate in the elections is not even certain to avoid a further snub to the authorities. The participation rate was less than 2% during the three electoral meetings (and even 0% for the presidential election) since the hirak, the citizens’ insurrection of February 22, 2019 which brought down President Bouteflika. The region risks being cut off permanently from the country’s institutions.

Stigmatized since the cataclysmic fires in August, Kabylia is called upon to distance itself from the separatist organization MAK (movement for the autonomy of Kabylia), classified as terrorist by the High Security Council. Among the 302 current prisoners of conscience, nearly a hundred have been arrested in Kabylia, and a majority since the beginning of summer 2021.

The onset of bad weather offered a respite to the migratory crisis, marked by massive departures of illegal immigrants to Spain. But the discouragement, which won the Algerians after the hope of a democratic change, still feeds the projects of departures in all layers of society. “Abdelmadjid Tebboune’s speech presents Algeria to us as a besieged citadel. We are in conflict with France, the crisis is worsening with Morocco. It is the isolation and the climate of fear that sets in ”, deplores Said Ezzahi, lawyer defending prisoners of conscience.

With the local elections this Saturday, the institutional roadmap of the Algerian president, under the regime of the new constitution of the 1is November 2020, will be completed. The crisis of political legitimacy in the country remains unresolved.

“Germany could say No! to the eurozone, which is likely to explode! ”