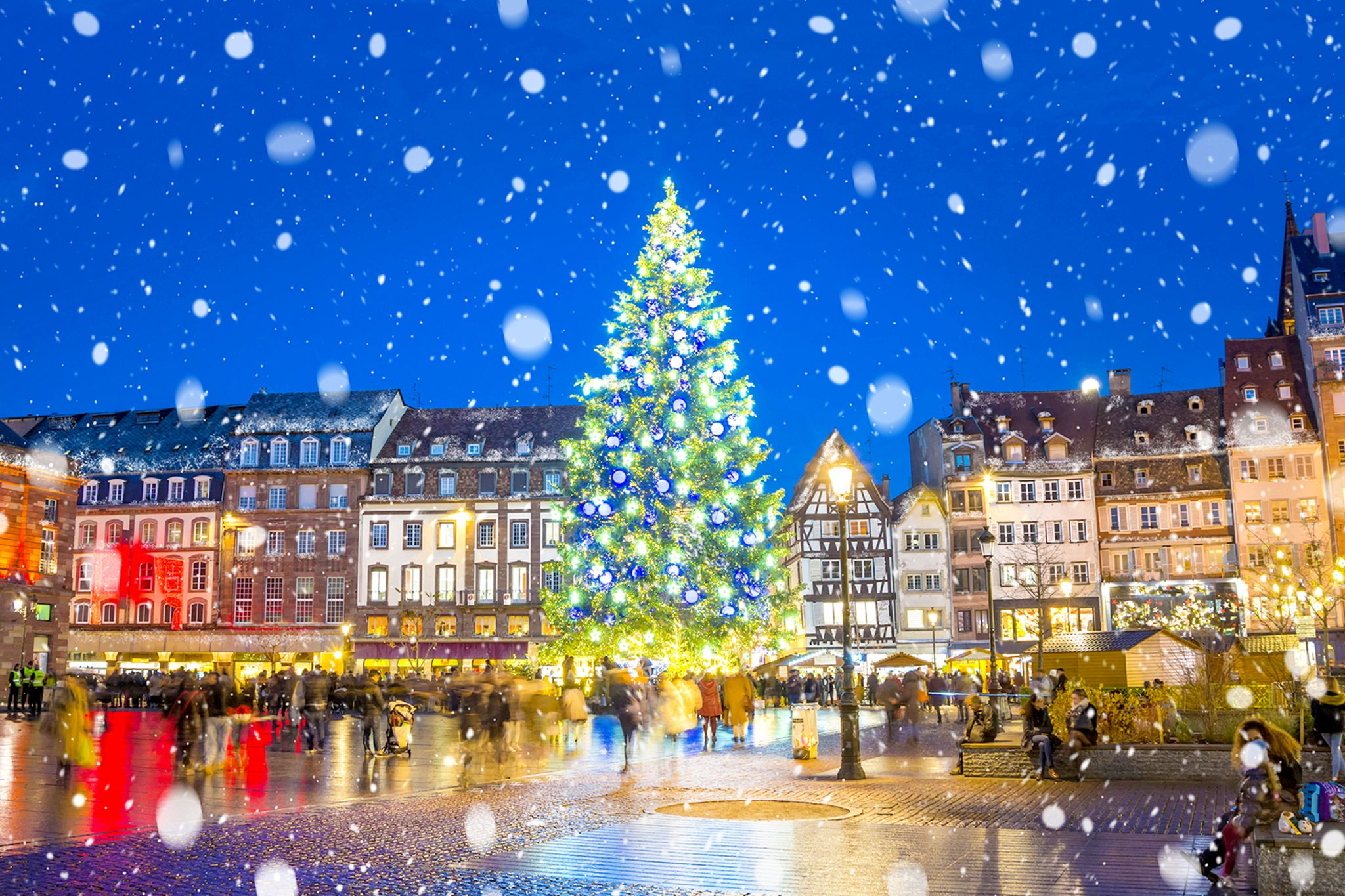 On November 22, the Christkindelsmärik de Strasbourg opened its doors to millions of visitors from all over Europe. If this Christmas market remains the benchmark, a number of French towns have been seeking for a few years to renew the tradition by installing chalets and attractions around their bell towers. Dates, times and programs region by region: the Christmas Markets site allows you to find a place near you in three clicks.

Did you know that with 90,000 queries per second, Google is the number one search engine all over the world, except in China? That it is in China, precisely, that we use the most dating sites? That in France, we get more information through social networks than through the press? That 84% of emails sent every day are spam? The book Internet. An infographic translates in a very visual way significant data on the development of the Web and its omnipresence in our lives. A clear, fun and informative book.

As the crisis sets in between the European Union and Belarus, Poland barricades itself, even promising to build a wall against the flow of thousands of migrants trapped at its border. From a simple chain-link fence to a solid building, could the wall be the new answer to the fears of the world? The Humanitarian Portal, a site dedicated to international solidarity, offers an interactive map of some seventy barriers built or programmed around the world, which cover nearly 41,000 km, the equivalent of circling the earth.

Keep an eye on Yemen

In the very chic reception room of the Yemen embassy, ​​in the 16e arrondissement of Paris, the photos of journalist Quentin Müller (author for La Croix L’Hebdo) and his colleague Mattia Velati recall that at 5,500 km, war is still raging. The city of Ma’rib, the last stronghold held by the Yemeni government, is surrounded by the Houthis. But alongside portraits of armed men are exposed photographs full of life: teenagers tread the sand of a formerly touristy beach, high school graduates are immortalized during the graduation ceremony… Despite the war, life goes on. The exhibition “A war on the borders of beauty” is free, and visible until December 6. Journalists regularly feed their Instagram accounts with photographs taken while reporting in Yemen.

The health crisis has (also) turned professional practices upside down: development of teleworking, remote management, flexible working hours… Wednesday 1is December, from 8:30 a.m. to 9:30 a.m., these innovations will be informed by testimonies and critical views during a round table chaired by a journalist from The cross, to follow live on the YouTube channel of the Center des Jeunes Dirigeants (CJD).

The Migrant’scène festival is, in Grenoble, the screening of the documentary Tomorrow is so far away, which tells of the crossing on foot of the Franco-Italian border by the exiles. In Montreuil, it is an immersive installation on the wandering of women in the street, followed by a debate. In Bordeaux, it is the artist Roméo Bron Bi who evokes by dancing his journey from Africa. Until December 5, throughout France, the Cimade offers shows, exhibitions, games and screenings to raise awareness of the themes of migration. To find the festival near you, go to the interactive map on the event site.

Every evening for eight days, starting Sunday, November 28, Jewish families will light a new candle on the nine-branched candelabra to celebrate Hanukkah. They commemorate the inauguration of the Second Temple in Jerusalem after its desecration by the armies of the Syrian King Antiochus IV, as recounted in a video by The cross titled “What Do Jews Celebrate on Hanukkah?” “. We thus learn that the Maccabees lit a candlestick in the temple which, miraculously, lit up for eight days. This “festival of lights” is also an opportunity to prepare specialties: the blog Pita et chocolat gives us the recipes for the famous sweet potato fritters. (photo), but also honey cigars, falafels or potato latkes!

How to enjoy nature without damaging it? Can we prevent new pandemics? Is it possible to eat ecological and inexpensive? These questions and many others will be addressed this weekend at the first Popular University of Biodiversity, to be followed in Tours and on the YouTube channel of the French Biodiversity Office (OFB), which is organizing the event. Around concrete themes (housing, food, etc.), scientists, farmers, directors of natural parks or town planners will detail the central role of biodiversity, and the means to protect it.

Poetics of the link

Adrien Candiard"The Christian heritage is not only a heritage"