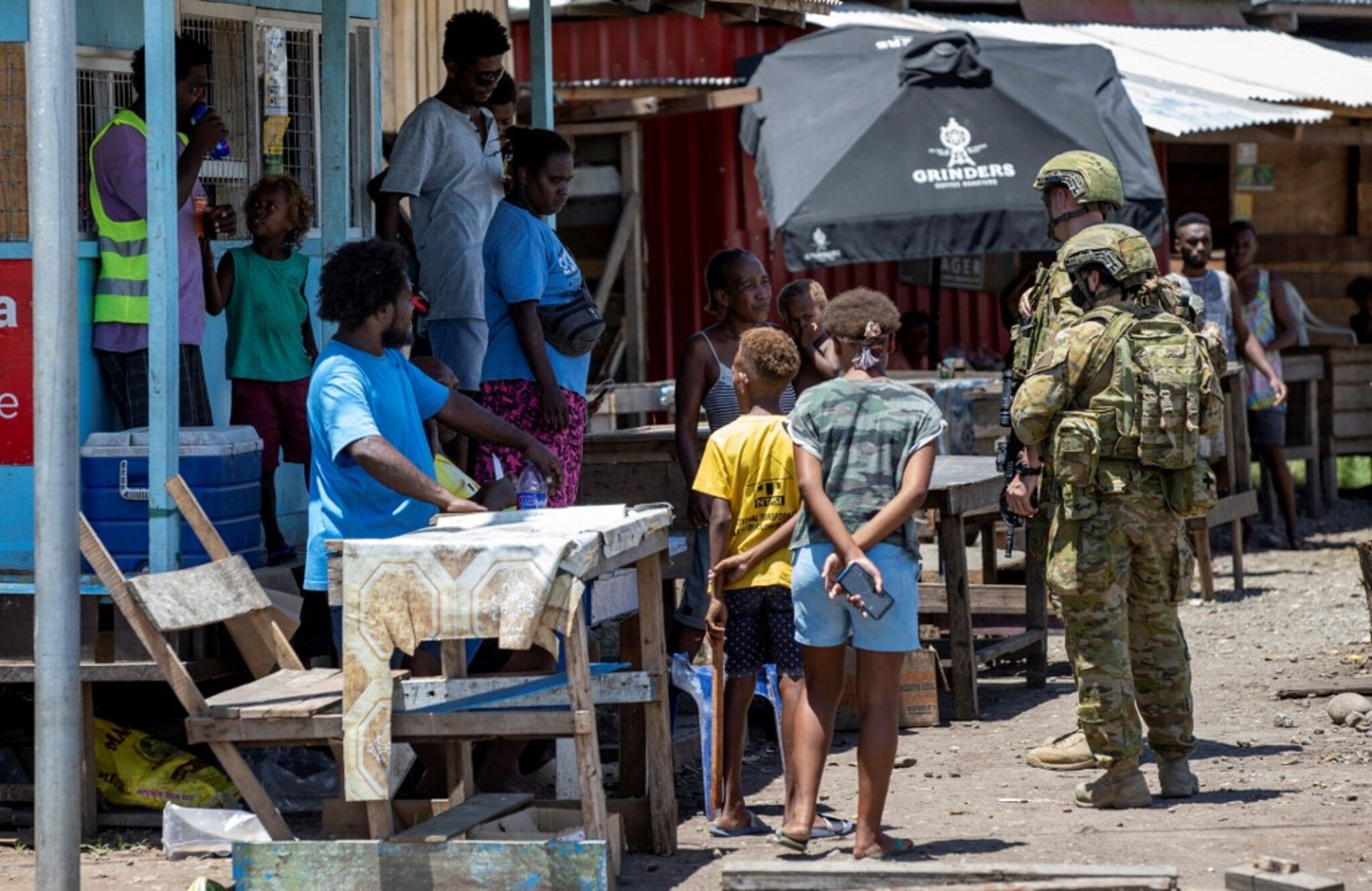 The streets were calm Saturday, November 26 in Honiara, capital of the Solomon Islands in the Pacific Ocean, after several days of riots that left at least three people dead and reduced entire swathes of the city to smoke. The bodies of three people killed in the unrest were found in a store in the burnt-out Chinatown of Honiara on Saturday, police said. An investigation has been opened to try to determine the causes of these deaths, the first listed since the start of the riots last Wednesday.

A handful of gas stations, shops and other businesses have cautiously reopened, with residents of Honiara rushing to buy basic necessities as the unrest subsides. “The situation is very tense and anything can happen at any time”, lamented a resident, Audrey Awao, fearing that there is no more food in the stores.

What had started as a small protest on Wednesday quickly turned into a violent all-out, with poor residents of the capital joining anti-government protesters in search of things to eat or sell through shattered windows and windows. calcined landfills. For three days, angry crowds crossed the usually peaceful seaside capital to demand the withdrawal of Prime Minister Manasseh Sogavare.

Two years of border closures due to the coronavirus pandemic have ended up suffocating the economy of the already ravaged Solomon Islands, exacerbating unemployment and poverty in this archipelago of 800,000 people.

And the extent of the damage is already disrupting the daily life of residents. 56 buildings in the capital have been burned and looted, and many businesses will have to wait more than a year to get back on their feet, according to initial estimates from the Solomon Islands Central Bank. The economic losses amount to nearly 28 million dollars (25 million euros), according to the Bank, dealing a hard blow to an already fragile economy.

“Most people barely have a meal a day, there are no tourists and very little economic stimulus”, Douglas Kelson, director of the St John ambulance service, told AFP. “When they’re hungry, people do things they wouldn’t normally do”, he added.

More than 100 people have been arrested on suspicion of participating in the riots, Solomon Islands police said on Saturday, trying to restore order. “No one is above the law”, insisted Commissioner Mostyn Mangau, urging residents to “Respect each other, as well as our visiting foreign friends”.

The causes of these riots are multiple. Besides the anger at the government and the economic hardships made worse by the pandemic, there is the historic rivalry between the inhabitants of the country’s most populous island, Malaita, and those of Guadalcanal, the island where the administrative capital of the country.

The people of Malaita feel abandoned by the central government, and disputes escalated when, in 2019, the government of Manasseh Sogavare decided not to diplomatically recognize Taiwan but China.

Calls for a vote of no confidence

In a nationwide speech, the pro-Beijing leader told citizens that the country had been “Kneeling” by riots, and promised to resist calls for resignation. He also claimed that foreign powers opposed to his 2019 decision to diplomatically recognize China were at the root of the unrest.

Opposition leaders on Saturday called for a vote of no confidence against the government. If it is not yet sure that they have a sufficient number of votes to remove the Prime Minister from office, this initiative could turn into powder keg.