A resistant from the very beginning 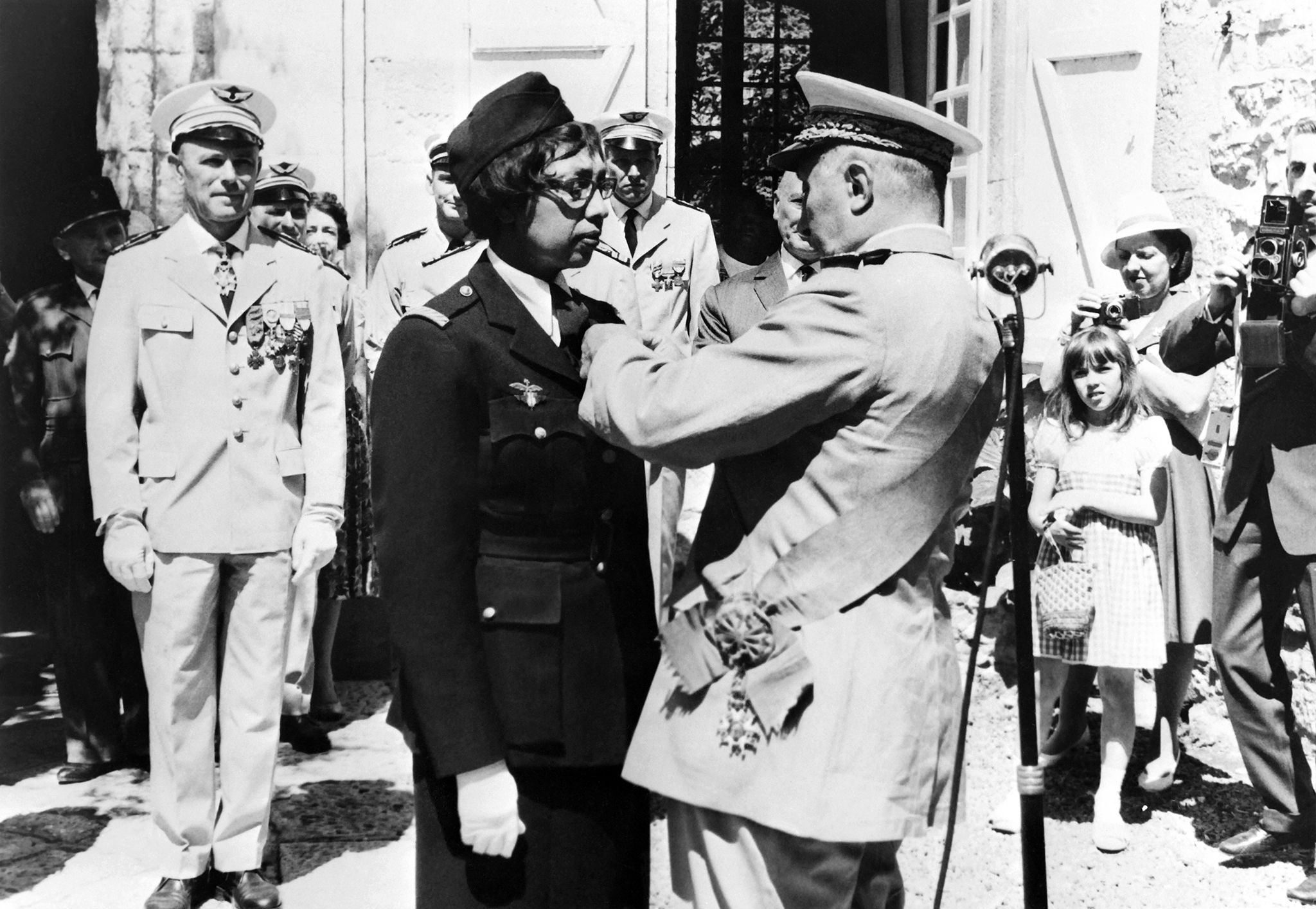 Joséphine Baker’s involvement in the Resistance remains the little-known part of a life that has passed under the spotlight and the magnifying glass of the media. This woman, who was the most photographed in the world, distinguished herself in the shadow war in October 1939.

In a book written in 1947 by his hierarchical superior and comrade in arms, Commander Jacques Abtey, from 2e Office of the General Staff of the Army and Intelligence Services of Free France, recounts the first contact. Received in the sumptuous villa of Vésinet, Jacques Abtey takes the measure of the determination of the future recruit. “It is France that made me what I am, I will keep her eternal gratitude. I am ready to give her my life. “

Six days later, her first mission to the Italian Embassy where, under the guise of a social reception, she is responsible for gleaning vital information. She comes out very nervous, too agitated. After cropping it, Abtey will rent “The exceptional qualities she had without knowing it. She did not hesitate to exert herself beyond her physical possibilities, very often beyond her material possibilities ”.

From June 1940, in Milandes, she hid resistance fighters, organized escape routes, in particular for her hunted fourth husband, Jean Lion, alias Lévy (from whom she had just divorced), connected to Radio London, housed a powerful transmitter and already believes in the final victory, certain that the Americans will intervene. In September 1940, officers of the German army presented themselves at the castle. Joséphine Baker plays on her charm and her false ingenuity to dismiss them.

His glory will be his shield and his spectacles his best cover. Using the pretext of a tour of South America, she left for Portugal with the hope of rallying General de Gaulle in London. Jacques Abtey is presented, under a false name, as his artistic accompanist. His arrival in Lisbon did not go unnoticed. Invited to embassies, chased by the press, she will never reach London. At the end of 1940, her zigzag journey, according to orders, brought her back to France, to Marseille. She hurriedly performed at the Opera to finance the Resistance before touring North Africa, her field of operation.

Marrakech (Morocco), where it has high-placed protectors, serves as its HQ. From a quick stay in Spain, she brings back precious documents stapled to her underwear. Everywhere she goes, those who should be controlling her, dazzled by the sight of her, are asking her for autographs. Even the Nazis. She crosses borders with messages written in sympathetic ink on her scores. Struck by her “Intelligent and courageous dynamism”, Abtey greets “This will stretched towards the goal to be reached, an extraordinary will that no weakness could weaken, this discipline in the effort”.

But this capital recruit, who also knows how to fly planes, was hospitalized urgently in Casablanca (Morocco), where she remained bedridden from June 1941 to December 1942, operated on five times, several times announced dying. Condemned to immobility, she continues her activities from her room. Informants meet at his bedside. On November 8, 1942, she attended the battle of Casablanca from the roof of the clinic. Three months later, weakened and emaciated, Joséphine Baker returned to the boards in Algiers for the inauguration of the Liberty Club, the home of the GIs. Then she embarked on a long tour through Morocco, Algeria and Tunisia. She sleeps in tents, roughs it up and offers her services in the British camps in Libya and Egypt. She sings four to five times a day, visits hospitals to comfort the wounded.

In the dispute over legitimacy between General Giraud and General de Gaulle in North Africa, Lieutenant Baker has chosen his camp. At the Algiers Theater, she had nuns made a huge tricolor flag with a Lorraine cross, which she displayed on stage. Present in the audience, General de Gaulle awards her a medal, which she will auction a few months later in Beirut, for the benefit of the Resistance. Commander Abtey testifies: “Used to not dragging out as soon as a decision has been taken, used to submitting to the sometimes harsh demands of the rapid execution of a project, never backing down if there is a chance of success, however small it may be. “ Fifteen thousand kilometers in a Jeep, under overwhelming heat and serious episodes of cold, punctuated by accidents and tragedies and never a complaint.

In January 1944, his body let go. Again on the verge of death, Lieutenant Baker remains for three weeks in the hospital in Marrakech. Under his windows, a crowd of poor Muslims pray for the salvation of his soul. At the exit, still shaky, she does not save herself and multiplies the trips. On her way to Corsica, her plane crashed into the sea. She escaped once again and performed across the Isle of Beauty. On the main square of Ajaccio, it has the name of General de Gaulle acclaimed by 30,000 people.

Here she is again in Marseilles, in the spring of 1945, then on the Côte d’Azur with the orchestra of Jo Bouillon, which was recommended to her, for a series of concerts for the benefit of the victims. She sells her jewelry at Mont-de-Piété, does not ask for any stamp. It follows the progress of the first army for the liberation of Alsace, sets out again towards the devastated cities of the North and the West. Later, it crosses the entire French zone of occupied Germany, reaching Buchenwald a few days after the liberation of the camp.

After the war, she will receive, on a hospital bed, the French Resistance medal with rosette. Then, belatedly, in 1961, during a ceremony in Milandes, the 1939-1945 Croix de Guerre with palm (photo on the left). Lieutenant Joséphine Baker is elevated to the rank of Knight of the Legion of Honor.