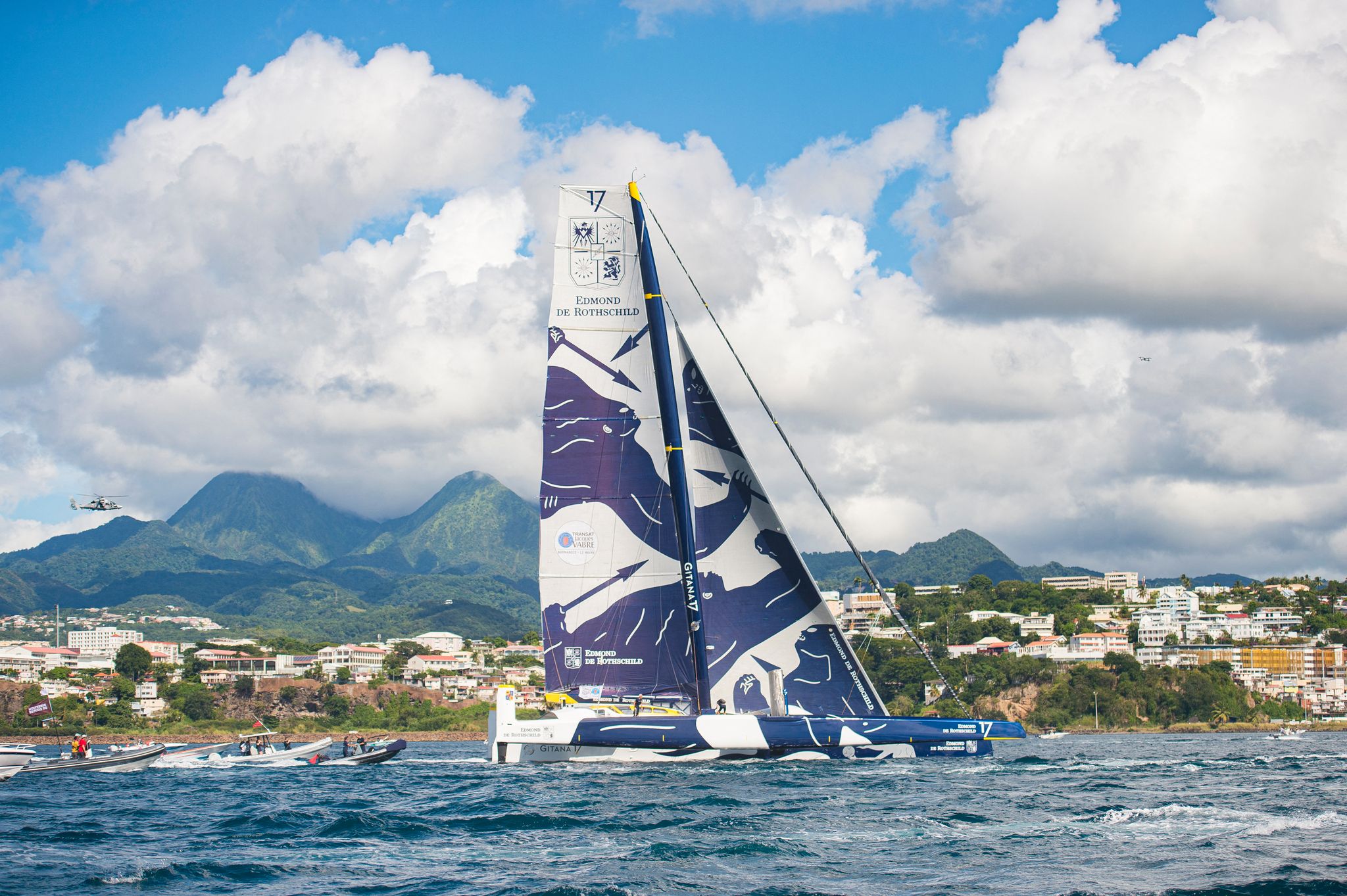 Above all, do not slack off. Stay vigilant until the end. Even with a good margin maintained for days on its pursuers, the Thomas Rettant-Morgan Lagravière duo did not let themselves be put to sleep in their last hours of navigation by sometimes amorphous trade winds.

The tandem crossed the finish line early in the morning in Martinique this Thursday, November 25, winner on LinkedOut in the Imoca category (the 18m monohulls in the Vendée Globe), at the end of a Transat Jacques-Vabre quite tiring on the nerves as the weather conditions, with capilotade winds, forced all the sailors to work .

The Sébastien Rogues-Matthieu Souben pair, the first to complete the crossing on Tuesday 23 November – more or less depending on the categories – on his trimaran Primonial, knows something about it. The nocturnal arrival was played in a pocket handkerchief after more than fifteen days at sea, the rivals of the Ocean Fifty class to its basques less than three hours away. Dominators in the category of Ultimate giants, Franck Cammas and Charles Caudrelier certainly evoked “A long quiet river”, but specifying “Even if it is constant attention”.

And this is what the race director Francis Le Goff retains at the time of the first assessments: “We can regret the absence of highlights from the race, but I would like to underline the sporting commitment of all the sailors, who had to demonstrate their ability to race in a short time. We had to fight, and this will also be the case for the forty Class 40 still far from the finish, with a good ten boats which can play for the win at the beginning of next week. “

In a world where bad fortunes are often legion, the Transat can suddenly be happy with an edition without much damage, 75 ships out of 79 at the start are still likely to return safely. “It is all the same reassuring for the community and its economy, and in particular for the sponsors”, supports Francis Le Goff. The Ultimes engaged, above all, avoided too much damage as during the Route du Rhum 2018.

A satisfaction for François Gabart, second with Tom Laperche on his very recent SVR-Lartigue, launched this summer: “It’s been four or five years since I finished a race with my appendages, and it’s heartwarming, relish the skipper. Afterwards, the conditions were easy, but with our new boats, I expected that we would have more technical problems. All the teams have improved. “

The Route du Rhum 2022 already in the minds

An observation shared by Francis Le Goff: “Some people came mainly to seek reliability, and that is why we had proposed a long course of more than 13,000 kilometers. I believe that sailors have gradually taken the measure of their mounts. It promises some incredible brawls in the years to come. “

Some are already pawing. Armel Le Cléac’h, third in the Ultimes with Kevin Escoffier, is more than satisfied with his Banque Populaire XIlanded on the water in April 2021: “The boat is healthy, it is sailor, and that gives prospects for the solo sailor. “ On the horizon, the Route du Rhum 2022 is exciting the entire fleet. Who in the meantime crosses their fingers so that social unrest in Martinique does not spill over onto the pontoons.

This Friday, the award ceremonies are maintained. “No one asked for an expedited return, says Francis Le Goff. The race was still long and tiring, and it’s not easy to get back to sea right away. “

Turkey: new hearing in the judicial saga of Osman Kavala