Paris 2024 Olympic Games: Cilas (Ariane) is aiming for an anti-drone laser capable of neutralizing its targets at 1km! 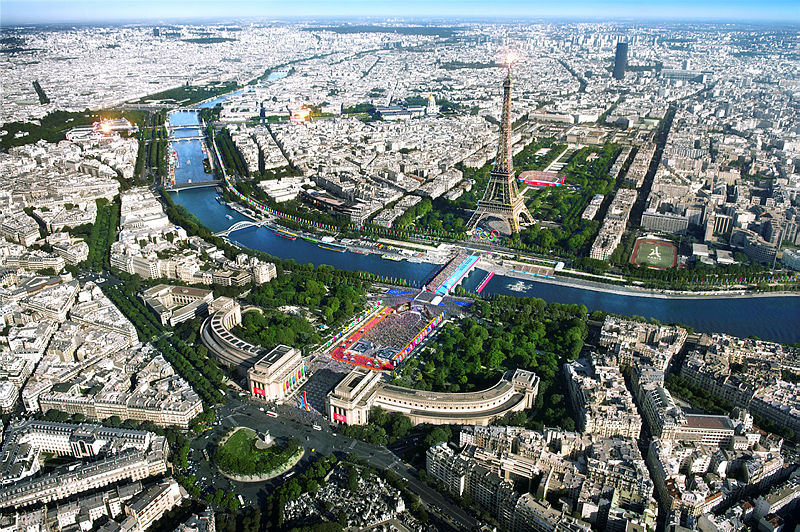 An anti-drone laser planned for the 2024 Olympics? An experimental laser capable of neutralizing “100% of its targets at 1,000 meters” could be operational from the 2024 Olympic Games, according to the French SME Cilas (ArianeGroup) which is developing it for the armies. A promising lead in the fight against drones … This portable system, presented at the Defense Innovation Forum organized in Paris from Thursday to Saturday, takes the form of a case mounted on a tripod which contains a drone detection system , aiming device making it possible to follow the flying machine and a laser capable of neutralizing it in flight.

“It is planned by the authorities to deploy it for the 2024 Olympics”, says Laurent Tard, commercial manager of the project. As the 2023 Rugby World Cup will serve as a rehearsal, it is expected that the system will also be there. “Tests carried out this summer in Biscarosse (New Aquitaine) in the presence of the Minister of the Armed Forces Florence Parly have proved to be conclusive. The system, called Helma-P, is capable of detecting drones weighing less than 100 kilos up to 3 kilometers away, and of hitting them up to 1 km. The laser, with a power of 2 kilowatts , can also “dazzle” a drone by saturating its optical sensors.

In a recent parliamentary report, the senators call for making the fight against drones a priority: on the national territory, the number of drones, mostly civilian, has increased from 400,000 in 2017 to 2.5 million today. Anxious to develop anti-drone protection for military sites, the General Directorate of Armaments (DGA) this year launched its Parade program (Deployable modular anti-drone protection), which provides for investments of around 350 million euros on 11 years old.

The army has, among other things, Milad drone jamming systems since 2017, deployed for example in the Sahel. “But in the years to come we will see a growing autonomy of drones which will make them immune to jamming”, according to the office of the Minister of the Armed Forces. Hence the need to find other means of action, such as lasers, hacking, interceptor drones or electromagnetic cannons.

Electromagnetic jamming has the advantage of being able to send the drone back to its pilot, or to force it to land gently once its batteries are discharged. Conversely, the fall of the neutralized device is inevitable with laser technology. Outside of war zones, it could prove to be dangerous for the public, which implies restrictions on use.

However, “what matters is to measure if the threat exceeds the risks and the stakes”, affirms Laurent Tard who wonders if it could not be justified to shoot down “a drone carrying a suspicious bag and heading towards the Stade de France where the opening ceremony of the Games takes place “.

Agri-food at the crossroads of the most important environmental challenges, according to Candriam

Amazon Ligue 1: How to watch this weekend’s matches on Prime Video?

Amazon Ligue 1: How to watch this weekend's matches on Prime Video?