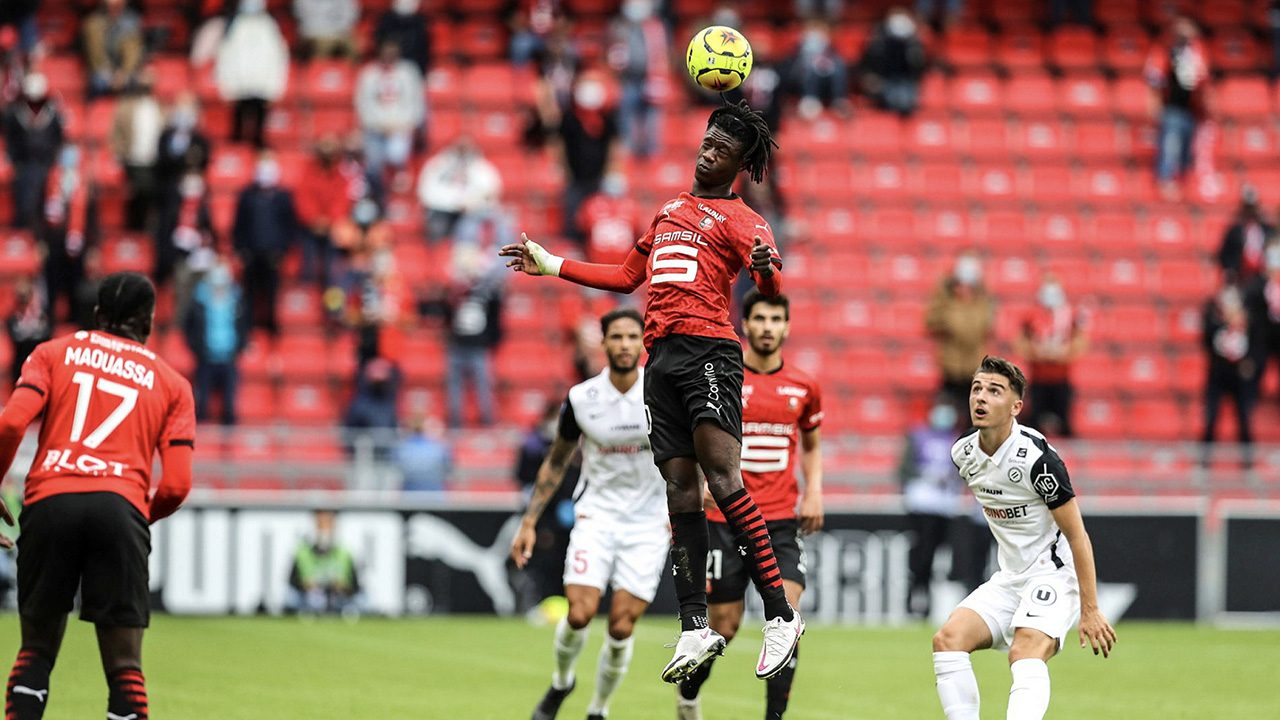 This article is from Management magazine

The problem
For over a year, football teams played in front of empty stands. The atmosphere suffered, obviously, but also the funds of professional clubs, deprived of revenues from ticketing and derivative products sold during matches. The health crisis has therefore led, in the world of sport, to an economic crisis, but also a social one, even an emotional one, by keeping the supporters at a distance from their core team.

After the jubilation, a deadly silence. A few months after its historic victory in the Coupe de France against PSG, in April 2019, Stade Rennes suffered, like all professional sport, the first waves of the Covid, which emptied the stadiums. Right when the Breton club was preparing to celebrate its 120 years of existence by acceding for the first time to the Grail of all European teams, the Champions League… A real headache for the brand new marketing director and communication, Antoine Biard, arrived in Rennes in August 2020, in other words at the worst time. “The club had already planned an event system, with festivities, physical meetings, communities that come together, says the manager, with in apotheosis the meeting of all players, current and former, of the Stade Rennais around a gala match. ”

To catch up, the communications team immediately decided to speed up the planned digital projects, as most other European clubs have done. “We have brought forward the launch of the Internet site dedicated to the anniversary, and strengthened its content and interactivity,” explains this former development manager of the NGO Play International, dedicated to education through sport.

A light and playful tone

Since it was no longer possible to fill the 30,000 seats in Roazhon Park, Antoine Biard’s teams pampered their online community and its various social networks, with nearly 1.1 million fans and followers. While knowing that an Instagram account or a Twitter thread, even a very dynamic one, will never compensate for the losses in ticketing: during the 2018-2019 season, the Rennais had garnered nearly 10 million euros, Ligue 1 and Coupe d ‘Europe combined. “The objective was above all to stay in contact with our public, a form of institutional communication, the financial benefits of which are not directly quantifiable.” The public responded present. In a few hours, hundreds of thousands of views accumulated, while, a very concrete signal, supporters flock to the official store to buy the jersey published for the club’s 120th anniversary.

It remains to transform the test, which supposes a perfect mastery of the various tools. “We do not write the same message according to the social network: they are neither the same audiences nor the same uses”, analyzes Antoine Biard. Especially since it is also necessary to manage the subtle relationship between the club and its players. On Instagram, for example, Stade Rennes has 260,000 subscribers, much less than the 678,000 followers of its most media player, the young and talented Eduardo Camavinga … openly courted by PSG, who must manage the same balance of power with his star Kylian Mbappé, followed by 50 million fans. It is therefore a question of finding a specific tone, rather light and playful, to tell the daily life of the club and its players. Massive and instantaneous information is relayed on Twitter, mixing texts and images and seeking interactivity. The club has also launched a TikTok account in order to reach a much younger age group.

The next step will be decisive, with the ambition to integrate Twitch, one of the main platforms for video games and online sports competitions. “This promises to be an exercise in tightrope walking, recognizes the leader, because you have to be able to interact directly with the public and expose yourself while keeping control of your message.” By first avoiding the famous tongue-in-cheek so often criticized by players in the football world – endless formulas such as “the important thing is the three points” or “we take the matches one after the other”.

To be up to the “smart” content targeted by the club, the communications team has been strengthened: two image reporters, capable of filming and editing videos, an editor, a community manager, a graphic designer and a freelance photographer on game nights. Without forgetting the personal experience of Biard himself, a director in his spare time. “We want to introduce a narrative dimension in everything we produce,” he says. We refuse purely advertising storytelling. ” That is to say, to tell the story of the life of the club and its territory to reach above all its historical community, rather than fantasizing about new audiences in Asia or North America, as some competitors try to do.

Because Stade Rennes wants to become once again the capital club of all Bretons, the one it was at the end of the 1960s, during its first two victories in the Coupe de France (1965 and 1971). This is why all these communication channels seek to promote the training strategy for young people and social commitments, for example this prevention campaign against sedentary lifestyle and its consequences on health, put online in the spring. A device destined to be perpetuated, including when the encouragement of the supporters of the Rouge et Noir will resonate again in the stands of Roazhon Park.

The solution
At Stade Rennes, as in most professional clubs, we have pressed on the digital accelerator, with increasingly sophisticated content productions, both in terms of styles, adapted to different social networks, and editorial ambition. . A strong team now supports the club in its virtual development as well as in its vocation as representative of the Breton capital.

DRC: Félix Tshisekedi and Kinshasa a step away from the East African Community (EAC) – Yanoom

DRC: Félix Tshisekedi and Kinshasa a step away from the East African Community (EAC) - Yanoom