Emmanuel Macron at the Pope “to listen to him” 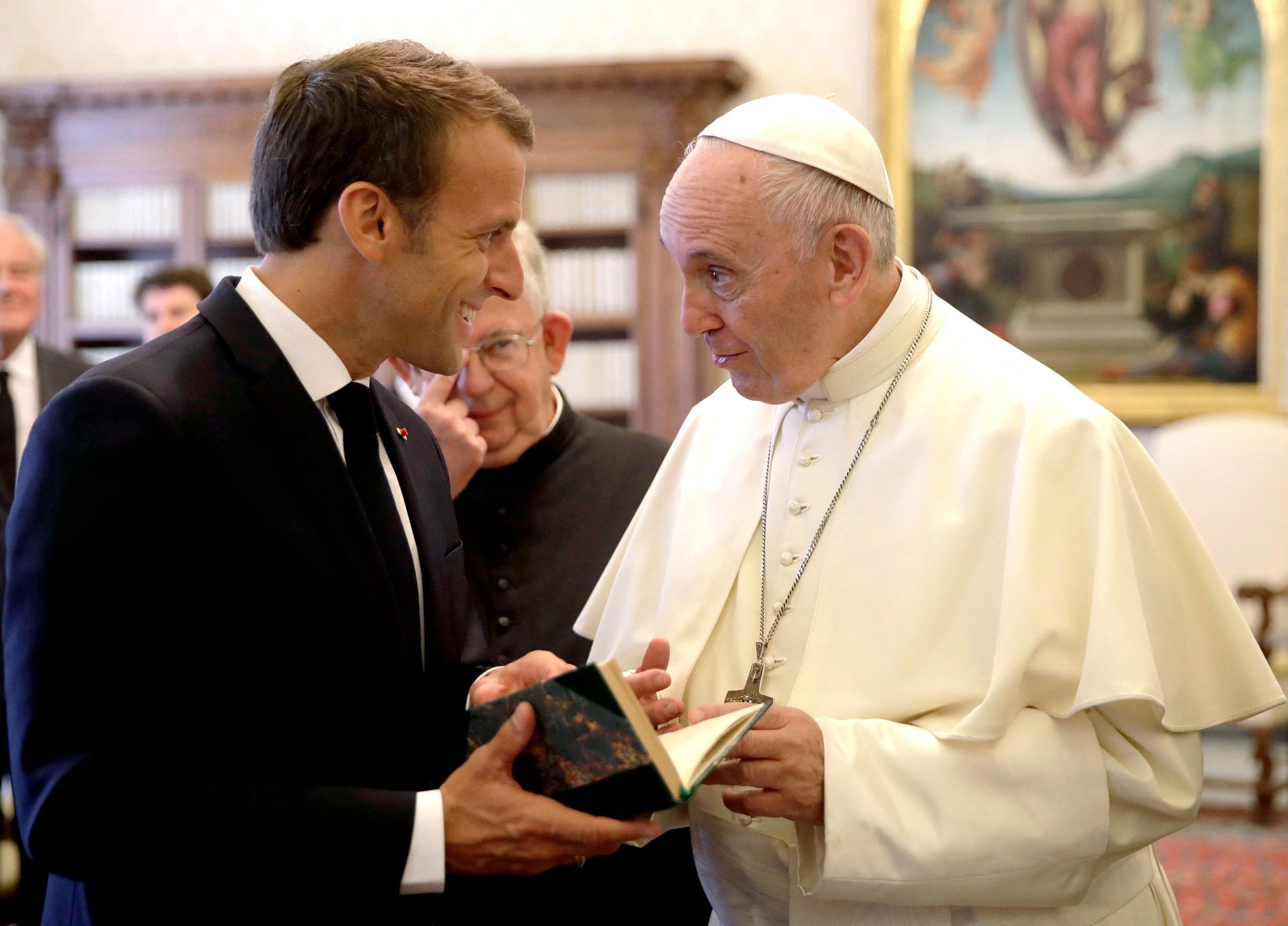 From our special envoys

On the plane that took him to Rome to meet the Pope for the second time, Emmanuel Macron returned to some journalists, including The cross, on his relationship with François. “It matters to me to discuss with him on a regular basis”, thus affirmed the French president, on the eve of this meeting, scheduled for Friday, November 26 at the Vatican.

Emmanuel Macron has above all described in François ” a free man “. “He has his international reading grid and a real political thought, that of a man who has lived on another continent”, he continued. “He has the intuition that contemporary disorders are rooted in inequalities”, ruled the president, who estimated: “He shows it by his choice of travel destination. “

This welcome from François indeed confirms the good relations between the two men. Emmanuel Macron also highlighted the regular contacts he maintains with the Pope. Revealing, for example, that he had had Pope Francis online on Sunday, October 3, a few hours before the publication of the Sauvé report. A report that the president ruled ” very brave “ from the French episcopate. The report, and in particular its proposal on the secrecy of confession, had already been discussed during the meeting between the Pope and the Prime Minister, Jean Castex, on October 18.

What will the Pope and the President be talking about? “I’m going to listen to it”, answers Emmanuel Macron. “I will ask him how he sees the construction of this world according to which one speaks so much. “

The two men could address the situation in Latin America, but the fate of Lebanon – a country that Rome and Paris see as a key to the stability of the region – could also be raised, while the Pope received Thursday, November 25 the Lebanese Prime Minister. They are also expected to address the plight of migrants, two days after the tragedy that claimed the lives of at least 27 of them on Wednesday, November 24. The Osservatore Romano moreover devoted, Thursday 25, its “one” to this drama.

In Rome, the organization of this meeting between Emmanuel Macron and the Pope did not fail to surprise, because the Pope generally abstains from receiving a head of state as an election deadline approaches. “Going to see the Pope is always sending a signal to Catholics”, has also underlined Emmanuel Macron. Before recalling, as if to better illustrate his remarks, that he assumed “Totally” the “Roots” from the country, “Judeo-Christian”, or “Catholicism was the state religion”.

But this time, Vatican diplomacy seemed to make an exception, and considered that the electoral campaign was not sufficiently advanced to prevent the meeting. “On the other hand, for a trip to France, it’s too late”, slips a high Vatican spring. The president, who asked at the beginning of November, just after the G20 in Rome, to be received by Francis, intends to renew his invitation to the Pope in France.

“He will renew his invitation”, we confirmed at the Elysee a few hours before departure. “I have always left him free. What matters to me is to talk to him regularly ”, nevertheless made a point of emphasizing the president on the plane. One of the options, according to our information, is to suggest that the Pope visit France as part of the French presidency of the European Union, which will begin in January. The president thus wishes to play on the European fiber of the Pope, who never ceases to call on the Old Continent to find its spiritual roots so as not to “Become a management office”, as he did on his return from his trip to Slovakia.

The President of the Republic, accompanied by four ministers – Bruno Le Maire (economy), Florence Parly (defense), Clément Beaune (Europe) and Jean-Yves Le Drian (foreign affairs) – will meet the Pope at 11 a.m. The audience will be followed by a brief interview with Cardinal Pietro Parolin, Secretary of State of the Holy See, before the French President returns to Paris.