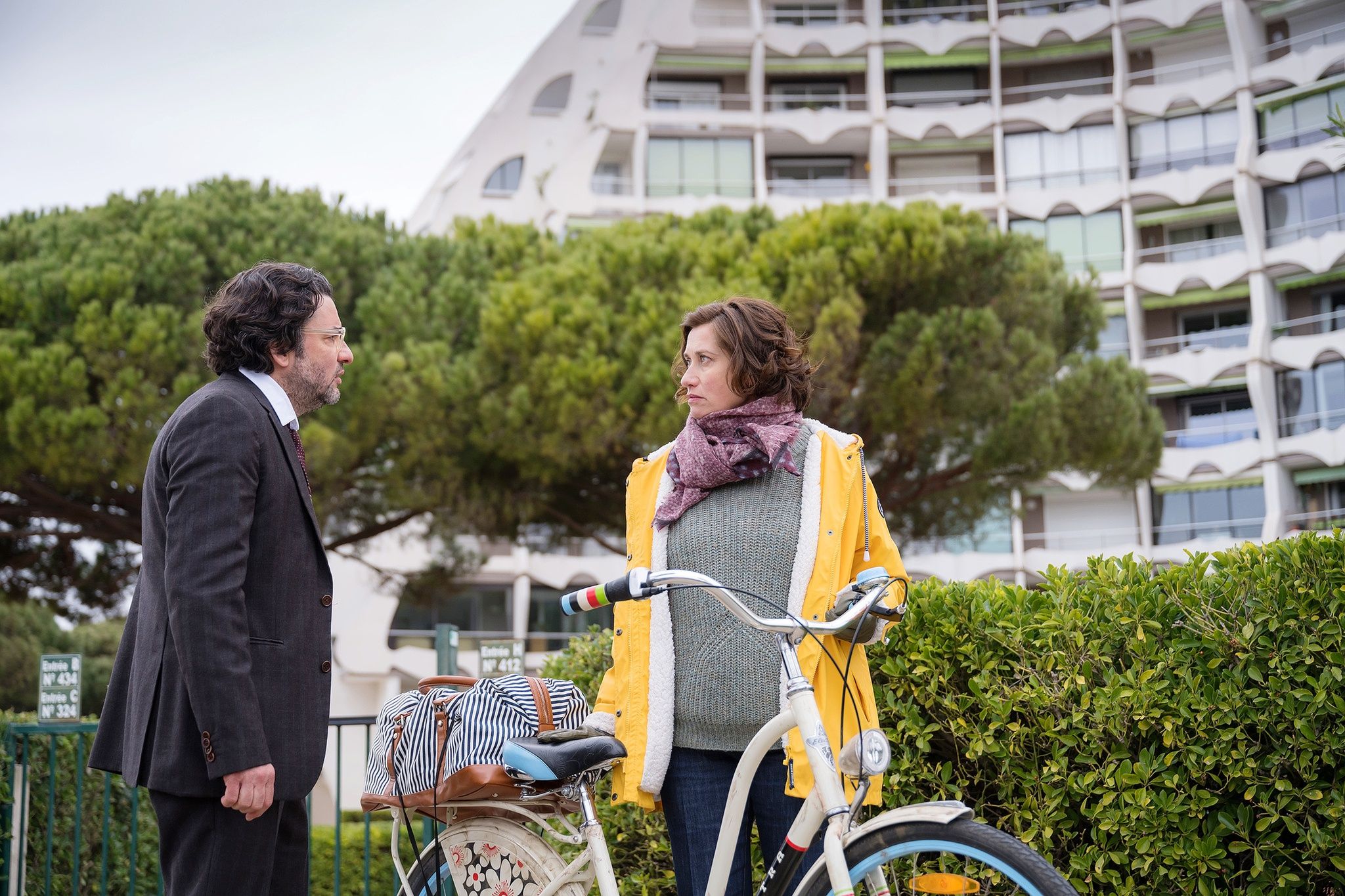 A seaside resort in the dead of winter, with its abandoned beach bars and rain-battered alleys, can easily flank the drone. Refugees on the top floor of a building in La Grande Motte, Carole and Richard Lazure have zero morale: swindled by their tax advisor and badly defended by an incompetent lawyer, they lost their business, their house and no longer even enough to buy the essentials. The eruption into their life of a childhood friend of Richard, a talkative talker with questionable dating, could be a game-changer … or make their situation worse.

To give a surrealist touch to his fiction, the director Laurent Herbiet (Malaterra, Frozen) takes great advantage of the setting: the concrete labyrinth of this neighborhood that has remained intact since the 1970s, with its bizarre architectures, windy apartments and sinister building lobbies. The Lazure couple, weighed down by bad luck, look like laboratory rats subjected to a sadistic experiment. How far will they go to escape this trap?

Nothing creepy, however, in this comedy with burlesque accents, which sometimes recalls certain films of the Coen brothers and their sympathetic losers. Former collaborator of Alain Resnais, to whom he dedicates this telefilm, Laurent Herbiet takes a benevolent look at his characters and infuses spicy humor into increasingly unbelievable situations. From bickering to reconciliation, Richard and Carole, finely interpreted by Éric Caravaca and Emmanuelle Devos, are touching but never pathetic in their efforts to save their skin.

By their side, Simon Abkarian brings his haughty charm to this not very bad villain character. Low season as a bonus offer an acid charge against a company that crushes or scams the weaker ones. It’s hard to resist the laughter when the young boss of the real estate agency where Richard now works intends to this “boomer” to sell “dreams” to his “guests”!

The pride of being a wife

"Politics must be revitalized by a spiritual breath"