A president who “has real expectations vis-à-vis religions” 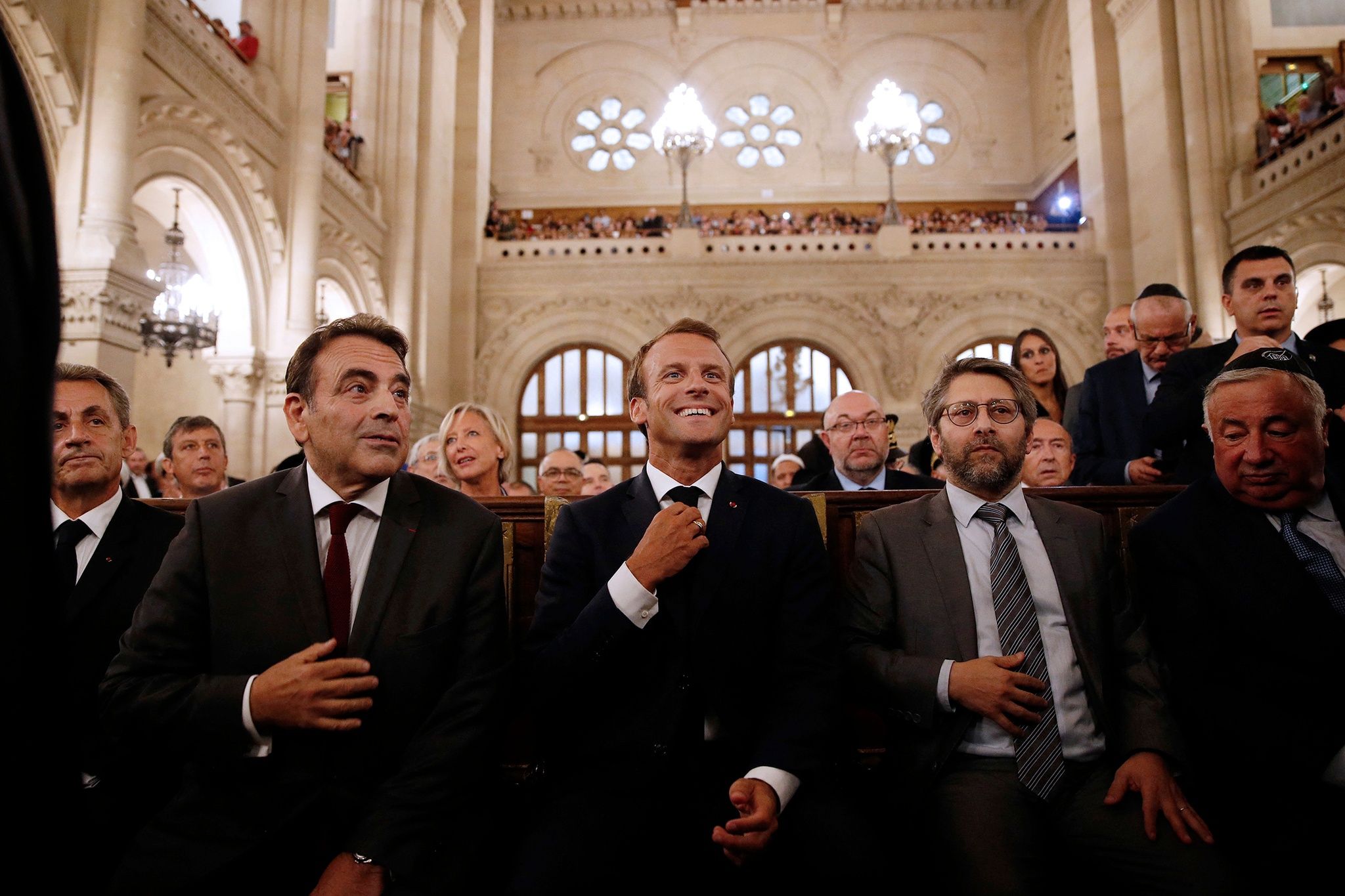 On May 4, 2017, they spoke with one voice. In a joint statement published three days before the second round of the presidential election, the president of the Protestant Federation of France, François Clavairoly, the chief rabbi Haïm Korsia and the president of the French Council of Muslim worship Anouar Kbibech called for “Vote for Emmanuel Macron” facing Marine Le Pen.

Four months later, at the town hall of Paris where a colloquium on the 500 years of the Reformation was being held, Emmanuel Macron, as a thank you, urged French Protestants to stay “The watchtower of the Republic, its vanguard in its philosophical, moral and political battles”.

Former assistant to the Protestant philosopher Paul Ricoeur, Emmanuel Macron says he is sensitive to the “Culture of debate” Protestant circles. “He is a man who listens to speeches that convey values ​​and meaning, who knew how to make himself available when it came to being”, confided Pastor François Clavairoly, ahead of the dinner of the Charles-Gide circle in which the President of the Republic participated on October 26, with 200 Protestant business leaders.

However, relations were not free from friction with the heirs of the Reformation.. Regarding the reception of migrants, the revision of bioethics laws or the suspension of worship during confinements, the subjects of divergence were not lacking. But, it is assured in the entourage of the Head of State, with regard to the opposition of the Protestant Federation to the law on separatism, “All ambiguities have been removed”. And “The republican commitment” of French religious leaders is welcomed.

Conversely, Chief Rabbi Haim Korsia almost unreservedly supported the law on separatism – ” just “ and ” necessary “ -, however worried that she might show that “Religions are a risk for the state”. But this state of mind is not at all that of Emmanuel Macron, assures the Chief Rabbi of France, who is one of the evening visitors to the Elysee.

“He has a real expectation vis-à-vis religions, he is aware that they are part of the structure of our society”, he assures, recalling that the representatives of the cults were “Associated with major reflections” by Emmanuel Macron, thanks to “Listening and sharing great responsibilities ». « We have always had very strong support from him on all matters relating to freedom of worship. », Adds Haim Korsia, referring to the question of ritual slaughter, regularly on the spot.

With regard to the Muslim world, Emmanuel Macron was proactive at the start of his mandate, insisting, during his vows to the religious authorities, in January 2018, on the necessary “Structuring of Islam in France”, “condition even so that you do not fall into the nets of the divisions of your own religion and the crisis it is experiencing on the international level”.

« Tired of bickering “ between the different bodies, “He has since taken a step back”, analyzes an observer. If he had paid close attention to the launch of the Muslim Association for Islam in France, by Hakim El Karoui, intended to transparently finance religious projects, Emmanuel Macron finally decided to rely on the existing , the French Council of Muslim Worship (CFCM). ” His approach to the subject is not philosophical but political “, Estimates Bernard Godard, specialist in Islam and former civil servant at the ministry of the interior.

Because it made a direct link between the disorganization of Islam in France and the separatism of radical Islamism, the Mureaux speech, delivered on October 2, 2020, endorsed the security perspective it has on the issue. Emmanuel Macron «set Islam aside and raised a presumption of guilt against Muslims ”, denounced Anouar Kbibech, president of the Rally of Muslims in France.

While the law on separatism has been passed, and mosques suspected of radicalism are in the sights of the Ministry of the Interior, French Muslims are now “Cautious, circumspect” towards him, believes Bernard Godard. In January, in response to the Elysee’s injunction, five member federations of the CFCM ratified, in the presence of the Head of State, the “charter of principles of Islam in France”. Three others refused to sign it.

As for the problem of a national council of imams, called for by Emmanuel Macron to label imams trained in France, it remains unresolved: two competing proposals, one from the Great Mosque, the other from the CFCM, are presented. to the President of the Republic. It has not finished with the divisions of Muslims in France.