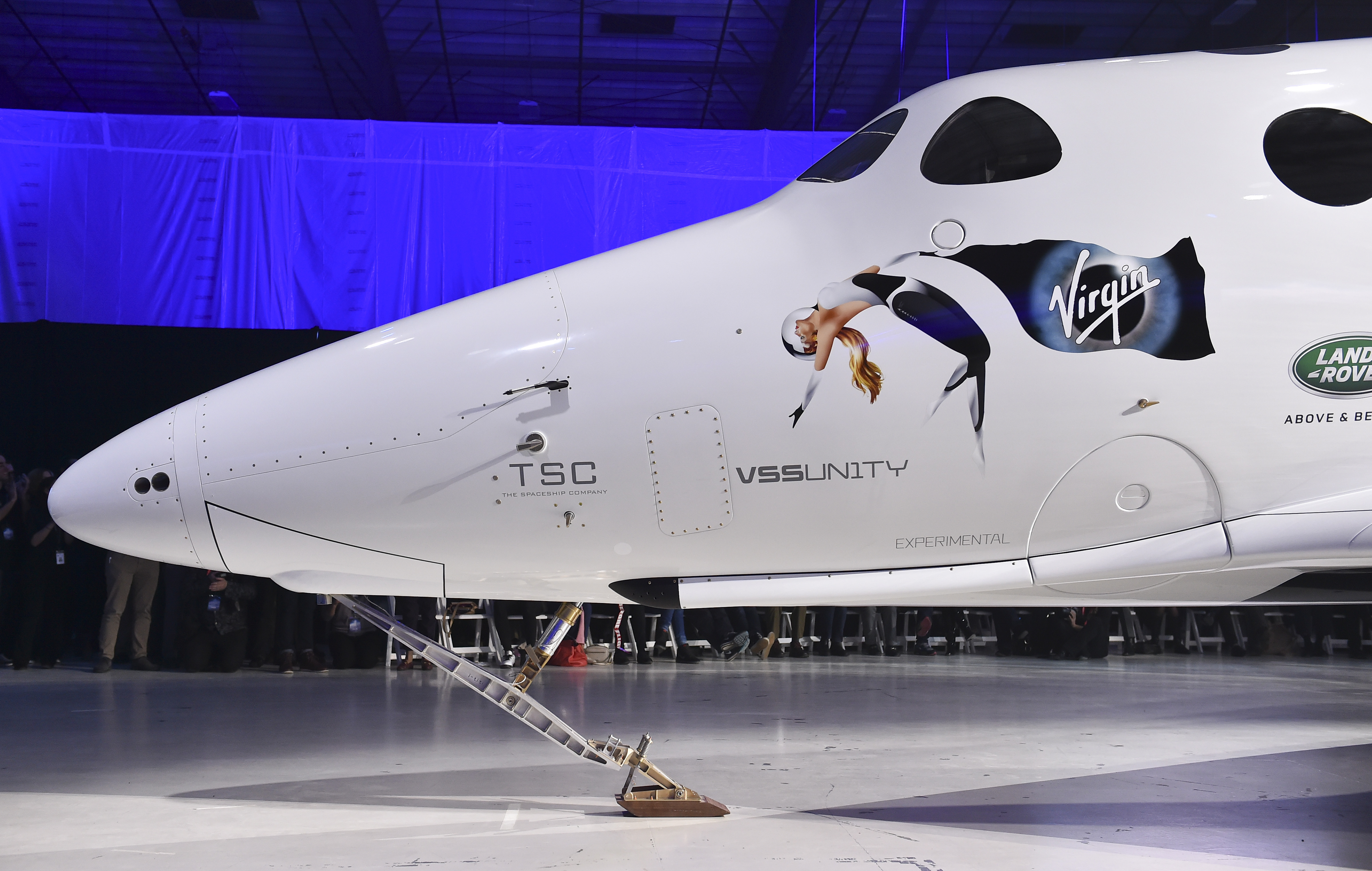 It is a gift that fell from the sky. Two space seats aboard a Virgin Galactic ship, valued at $ 450,000 each. This prize was won by a 44-year-old woman living in Antigua and Barbuda, who had entered a raffle. Keisha Schahaff will thus become the first passenger from the Caribbean Islands to float in zero gravity, an experience that only some 600 humans have ever been able to experience. She decided she would go there with her 17-year-old daughter, a science student currently in the UK for her studies, dreaming of working for NASA.

The news was told to Keisha Schahaff by Virgin Galactic founder himself, Richard Branson, who visited her home in Antigua and Barbuda in early November to hand her her astronaut suit. “I was just thinking of doing an interview on Zoom,” said the lucky winner. “When I saw Richard Branson come in I started screaming! I couldn’t believe it.” Keisha Schahaff won this award by participating in a fundraiser organized by Virgin Galactic on the Omaze platform, which raised $ 1.7 million. The money will be donated to the NGO Space for Humanity, which works for wider access to space. The amount of donation donated by Keisha Schahaff was not disclosed, but these started as low as $ 10.

“A great opportunity for me to feel alive”

The drive attracted nearly 165,000 participants in eight weeks, Virgin Galactic said in a statement. “When I was little, I was always fascinated by space,” Keisha Schahaff explained, recounting that she was “always the first to buy her tickets” to see the latest Star Wars or Star Trek in the cinema. “It’s so fascinating, it’s like liberating,” said this health coach, who works especially with women. She found herself entering the raffle after seeing an advertisement on a Virgin Atlantic plane. “I just filled out the form and did what was asked, not realizing that I might really have an answer,” she recalls.

“It’s a great opportunity for me to feel alive,” said the one who still lives today in Antigua, where she grew up, and who hopes “to inspire others to live their dreams too”. The proposed trip offers only a few minutes in zero gravity: a huge carrier plane takes off from a classic runway, then drops the ship, which looks like a large private jet, at altitude. This then ignites its engine until it exceeds 80 km in altitude, the limit of space according to the American army, then descends while hovering. The flights take place from Spaceport America’s base in the New Mexico desert, which Keisha Schahaff can visit with Richard Branson.

When will she leave?

She will be one of Virgin Galactic’s “first astronauts”, but her place in the queue has not yet been determined, according to a spokesperson for the company. The company has already pre-sold some 700 tickets for the space: 600 between 2005 and 2014, priced between $ 200,000 and $ 250,000, then 100 new since August, when they went on sale for $ 450,000 the unity. The goal is to sell 1,000 in total before the launch of commercial flights, the first of which is to take place in the fourth quarter of 2022, after a period of aircraft improvements currently underway. Wednesday’s announcement is intended to demonstrate that space tourism opens up opportunities for a diversity of people, despite prices remaining for the moment inaccessible to the vast majority of the population.

“Being able to give people of all ages and backgrounds equitable access to space, and in turn, the opportunity to inspire and guide others once on Earth, is what Virgin Galactic has been striving for ever since. two decades, “said Briton Richard Branson, quoted in the press release. On July 11, the billionaire himself boarded the SpaceShipTwo spacecraft during a test flight, accompanied by Virgin Galactic employees. The race is raging with billionaire Jeff Bezos’ company, Blue Origin, which also offers suborbital flights offering a similar experience, but aboard a rocket taking off more classically vertically. Blue Origin’s third manned flight is scheduled for early December.