“Encanto”, family neuroses with an air of cumbia 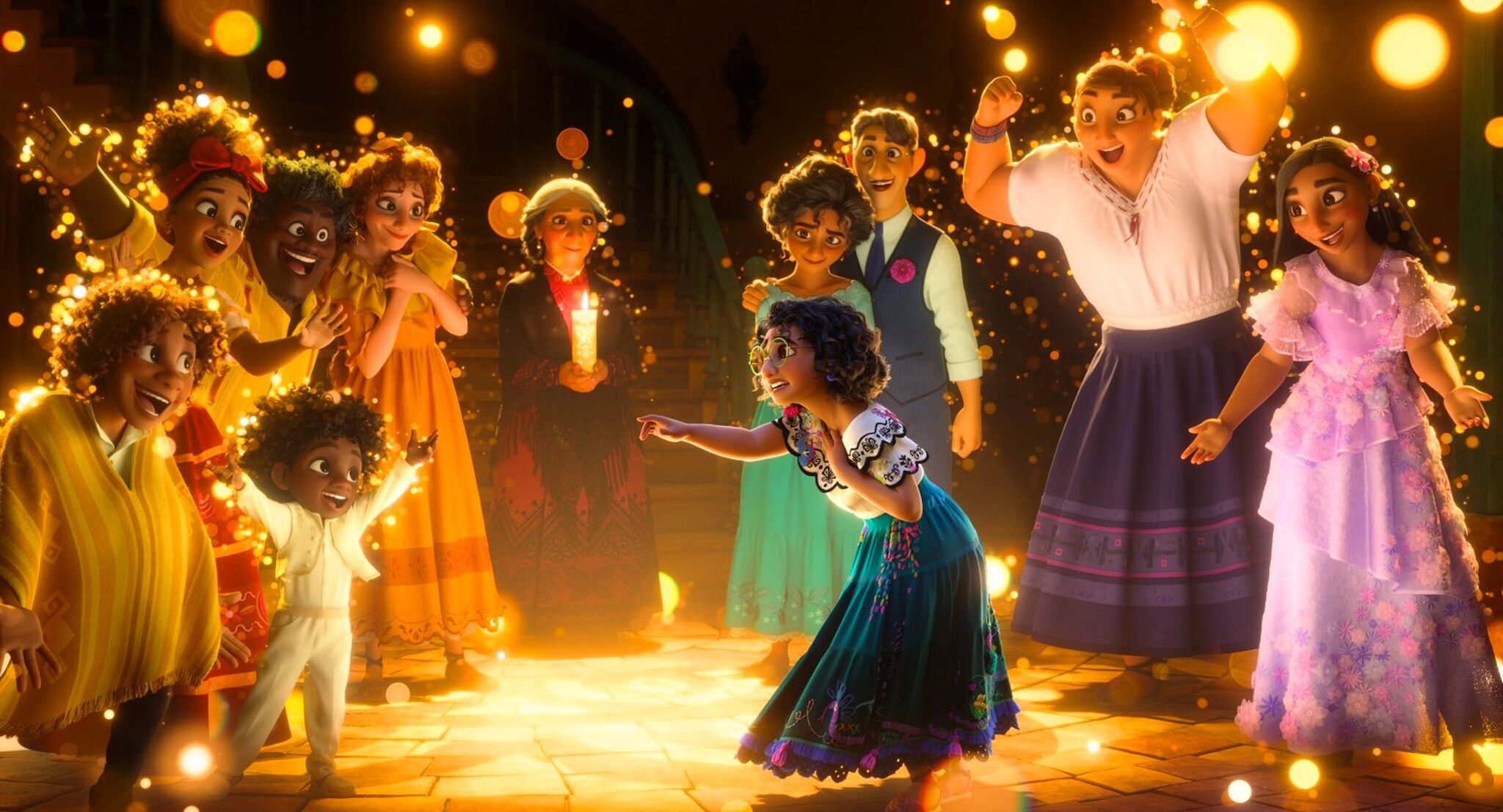 The new animated film from Disney studios, Charm (enchantment in Spanish), makes you want to play a little with its characters, almost all endowed with magical powers. In the Madrigal family, therefore, I ask the grandmother Alma, imperious matriarch, the mother Julieta, cordon-bleu whose dishes cure all the ills, the sister Luisa, force of nature, the aunt Pepa, cyclothymic able to command the highs, cousin Dolores, a gossip with fine hearing… And the young Mirabel, the heroine of this story located in a village lost in the heart of the mountains of Colombia, what is her power? Pickaxe!

The 15-year-old has had a reason, which she explains in song: she has nothing exceptional but makes up for it with a constant good humor and great keen observation. A quality allowing him to glimpse each other’s flaws.

Faults that are starting to crack the walls of the casita, “Maisonette” resembling an enchanted castle, each ornate door, colored terracotta tile and openwork window of which is endowed with life. Its foundations, like those of the family, seem threatened, despite the efforts, behind the scenes of a mysterious character …

Although a bit frantic, Charm is a delightful musical fable that speaks volumes about the complexity of family relationships. Each plays a role supposed to make the family prosper on the ashes of an original trauma experienced by the grandmother: the tragic loss of her husband, when she was only a young mother. But in wanting to force fate, the varnish cracks.

On catchy tunes inspired by the mixed music of Colombia, crossroads of Latin American cultures and countries of great natural, geographic and ethnic diversity, the Madrigals try to better understand each other and keep alive the flame of the magic candle that lights up their homes. . Served by words with approximate rhymes (in French at least), this fireworks display of shimmering colors and lush landscapes celebrates with panache the return to theaters of Disney productions.

“The bishop’s beatitudes”, the papal gift to the Italian episcopate

"The bishop's beatitudes", the papal gift to the Italian episcopate