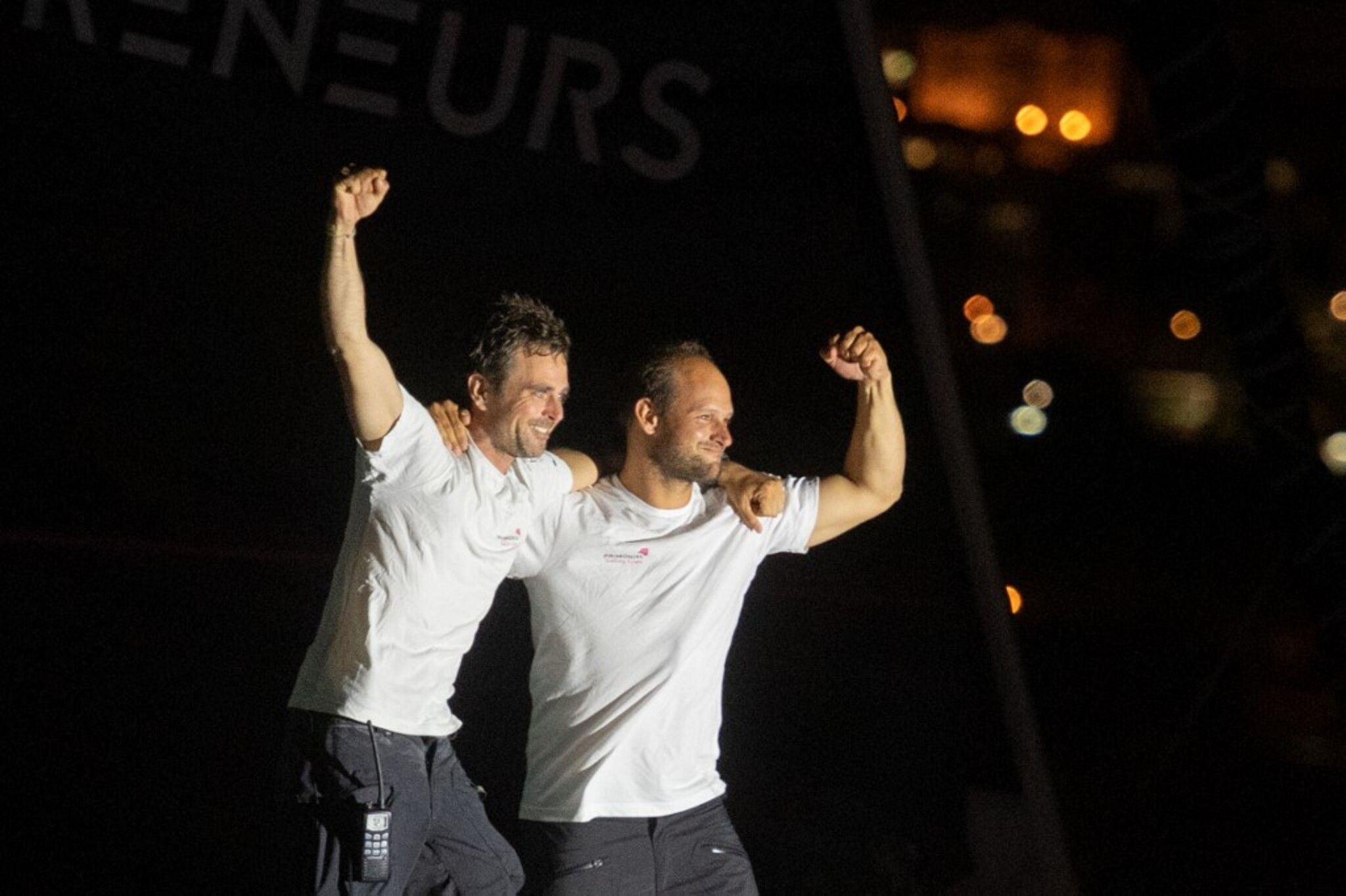 Their nerves put to the test for a fortnight, Sébastien Rogues and Matthieu Souben crossed the finish line of the Transat Jacques Vabre on the night of Monday to Tuesday November 23 at Fort-de-France in Martinique, to win in the 15m multihull category, ahead of the super stars of the race, the “Ultimes”, whose course is longer.

The tandem, associated for the second time in the doubles race, burst into joy after being the first of the 75 boats still in the race (out of 79 at the start) to cross the line in the bay of Fort-de-France, at 9:54 p.m. Monday local time (2:54 a.m. Paris time).

→ READ. Sailing: the Transat Jacques-Vabre in a favorable wind

They thus won the race in the “Ocean Fifty” category (15 m multihulls), one of the four classes of sailboats entered in the race. The organizers have set up three different routes depending on the class of the boat to allow a relatively grouped arrival.

The first “Ultimes” expected at midday

“It’s a lot of happiness, we are happy with the efforts we have made over a fortnight. It’s awesome ! These are rare moments in a lifetime, and that is priceless ”, launched with a broad smile on his face Sébastien Rogues, who answered journalists from his boat moored at the pontoon lit by the full moon and in the absence of the public due to the curfew in force in Martinique.

The two sailors arrived before the fastest boats in the world, the “Ultimes” (32 m long flying maxi-trimaran), which have a course a third longer than the Ocean Fifty, and whose current leader, the Franck Cammas / Charles Caudrelier tandem (Maxi Edmond de Rothschild) is expected from midday Tuesday (Paris time).

“It’s always a pleasure to arrive before the Ultimes, it must be said! They really didn’t have the same course as us and, anyway, they’re the most beautiful boats in the world with the best sailors in the world. That won’t change. But there is little chance in life when you can win the Jacques Vabre and even less win it in front of the Ultimes so maybe this one will be the only one in our life ”, rejoiced Sébastien Rogues, after a grueling race. “This Transat Jacques Vabre was longer than expected, we were all a little surprised, it was a lot of psychological commitment”, summarized Matthieu Souben.