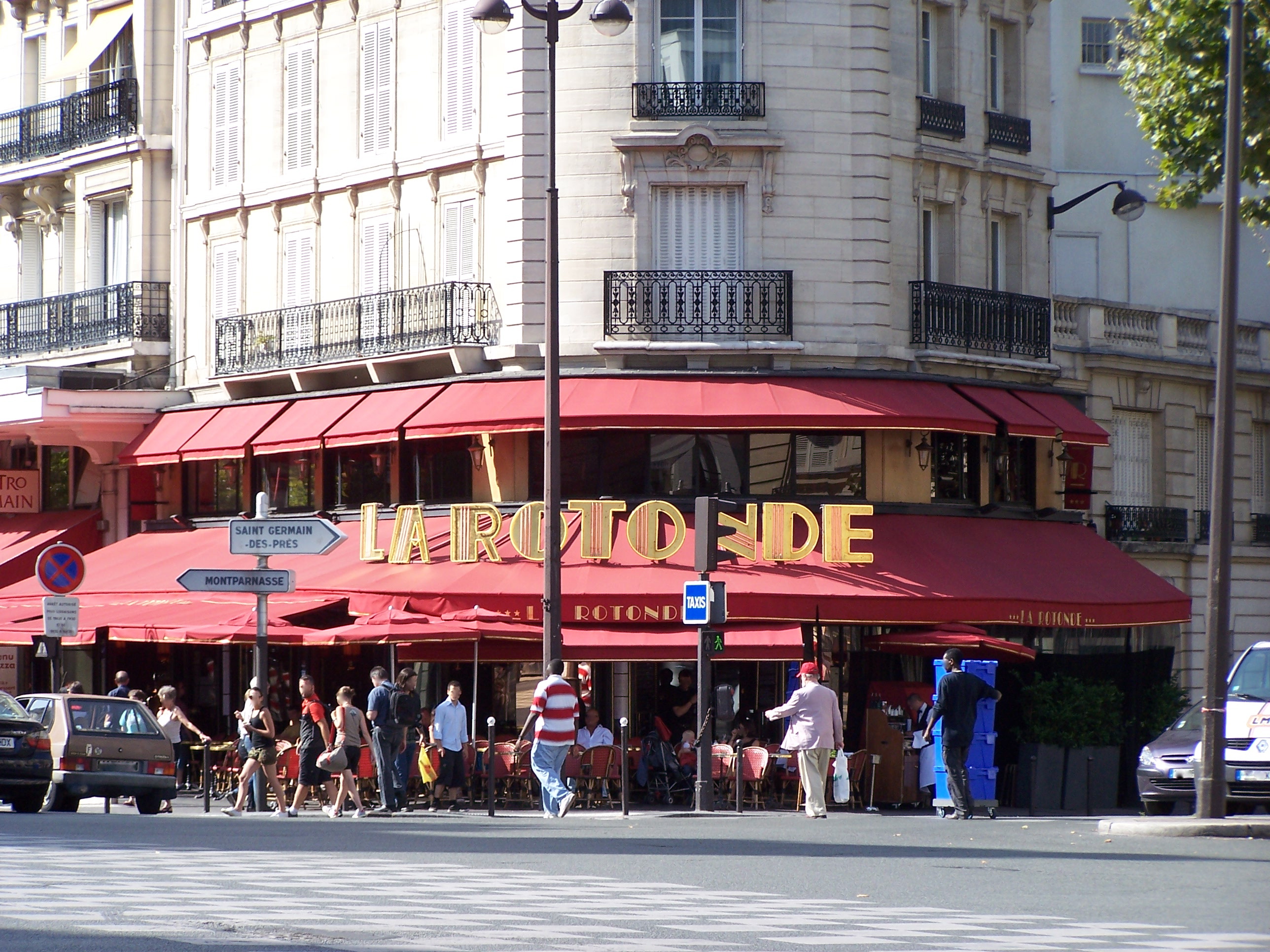 According to the polls, the second round of the presidential election could well pit Emmanuel Macron and Eric Zemmour. The two men have nothing in common, apart from perhaps their favorite brasserie: La Rotonde, located in the Montparnasse district of Paris. Emmanuel Macron celebrated there on April 23, 2017 the results of the first round of the presidential election with Line Renaud, Stéphane Bern, Pierre Arditi, Erik Orsenna, François Berléand … While Eric Zemmour remakes the world regularly with his friends Philippe de Villiers and Patrick Buisson, especially after their meeting with their publisher, Albin Michel, located a stone’s throw away. Among the regulars are also Dominique Strauss-Kahn, Alain Souchon, Patrice Leconte, Sempé, Jean-Pierre Léaud, Mathilde Seigner, Laurent Gerra, Julian Draxler, Edgar Morin, or François Hollande, who celebrated his victory in the socialist primaries in 2011.

But, the bright red facade of the century-old brewery hides controversial practices. Between 2014 and 2017, the tax authorities notified him of several adjustments relating to VAT, CVAE and income tax, plus penalties of 80% for “fraudulent maneuvers”. The bill amounts to 2 million euros for the Management Company of the Rotonde Montparnasse, and is estimated at 660,000 euros for its parent company, Financial la Rotonde.

The brewery contested these adjustments. First, in April 2019, the Paris administrative court ruled in favor of him. But Bercy appealed successfully. In July 2020, the Paris administrative court of appeal restored all adjustments. The brewery appealed to the Council of State, but the latter rejected his appeal on Monday, November 22. The tax adjustment is therefore definitively validated.

But that’s not all. The brewery also challenged – but in vain – a surprise tax raid carried out on November 19, 2013 in the early morning in the establishment, as well as at the home of the owner Gérard Tafanel.

Finally, the tax authorities deemed the case serious enough to report it to the Paris prosecutor’s office in 2017. The latter referred Gérard Tafanel and his brother Serge to the Paris Criminal Court for “tax fraud”. The judgment should be rendered in early 2022. Note that the two Auvergne have chosen as lawyer Antoine Vey, the historical partner of the Minister of Justice Eric Dupond-Moretti.

Basically, the tax authorities discovered that part of the receipts were not declared in the restaurant’s accounts. The Tafanel brothers deny any cover-up: “it’s a tissue of lies. A pure invention “, they told the Parisian. “There was never any question of concealing receipts. There is no proof that the Tafanel brothers have hidden receipts. The tax authorities have not proved the frauds. And the Rotonde is still contesting. The sums in dispute. were not paid into their personal account but into that of the company, “added Antoine Vey.

Unfortunately, the Tafanel brothers were denied by the courts, which confirmed that the official accounts of the brewery were indeed incomplete. As the Administrative Court of Appeal wrote in its stop : “The verifier [du fisc] noted that the receipts were not numbered, a gap hindering the control of their digital sequence. In addition, tax administration officials noted anomalies in the checksums. Finally, in addition to these inconsistencies making it impossible to analyze the sequentiality of the receipts, the auditor and the specialized agents, after examining the computer [relié aux caisses enregistreuses], noted the existence of three files allowing the deletion of recipes using an external tool. In view of these converging elements in favor of revealing a generalized system of revenue reduction, the accounts were therefore rightly rejected as being devoid of probative character ”.

The court concluded: the tax authorities have “demonstrated that the company, while giving its accounts the appearance of sincerity, manipulated its computerized data, using a process that it itself described as being difficult to detect, so as not to declare a non-negligible part of its turnover ”.

To quantify the recovery, Bercy had to reconstitute the hidden turnover, and estimated it at about 5% of the declared turnover, or 250,000 to 350,000 euros per year over the period. The Tafanel brothers contested this estimate, and even convinced the administrative court, which ruled that the reconstitution of turnover was “excessively summary”, and therefore canceled the adjustments. But this judgment was overturned on appeal.

However, the tax authorities made a flower at the brewery in 2018. Bercy waived part (220,125 euros) of the adjustment on corporation tax, and certain penalties. Still, the tax authorities will not cash their recovery anytime soon. Indeed, the Rotonde asked to be placed in safeguard, which spreads out the payment of the debts. This request was accepted in December 2017 by the Paris Commercial Court. The brewery came out of this safeguard procedure in March 2021.

However, the business of the brewery (which employs 48 people) is flourishing, making the fortune of the Tafanel brothers, who manage and own 50/50 the establishment after having bought it in 1992 from their uncle Georges, who had it. itself acquired in 1971. Since 2008, its turnover has doubled to now close to 10 million euros per year, boosted in particular by a regular rise in prices (since 2012, the menu has gone from 42 to 48 euros ). It has distributed 1.5 million euros in dividends over the past seven years. In 1998, his business was valued at 5 million euros.

However, the status of “Macron’s favorite brewery”, of which the Tafanel brothers were very proud initially, turned out to be a double-edged sword. Become a symbol, the Rotunda is the target of many opponents, in particular yellow vests. “At each event, double the CRS cords are needed to protect the brewery”, said Explain the mayor of the borough Jean-Pierre Lecoq (LR). In January, the establishment was the victim of a fire, apparently criminal, following which the President of the Republic made a call for comfort. “Emmanuel Macron knows everyone, from the simplest kitchen assistant to the diver, to the chef, to all the people in the room, he had a word for everyone,” Gérard Tafanel explained on LCI. The brewery has since reopened.

Contacted, the lawyers of the brewery Antoine Vey, Samuel Scherman, Pierre-Jean and Fabrice Piro, did not respond.

The results of the Rotonde (in kE)