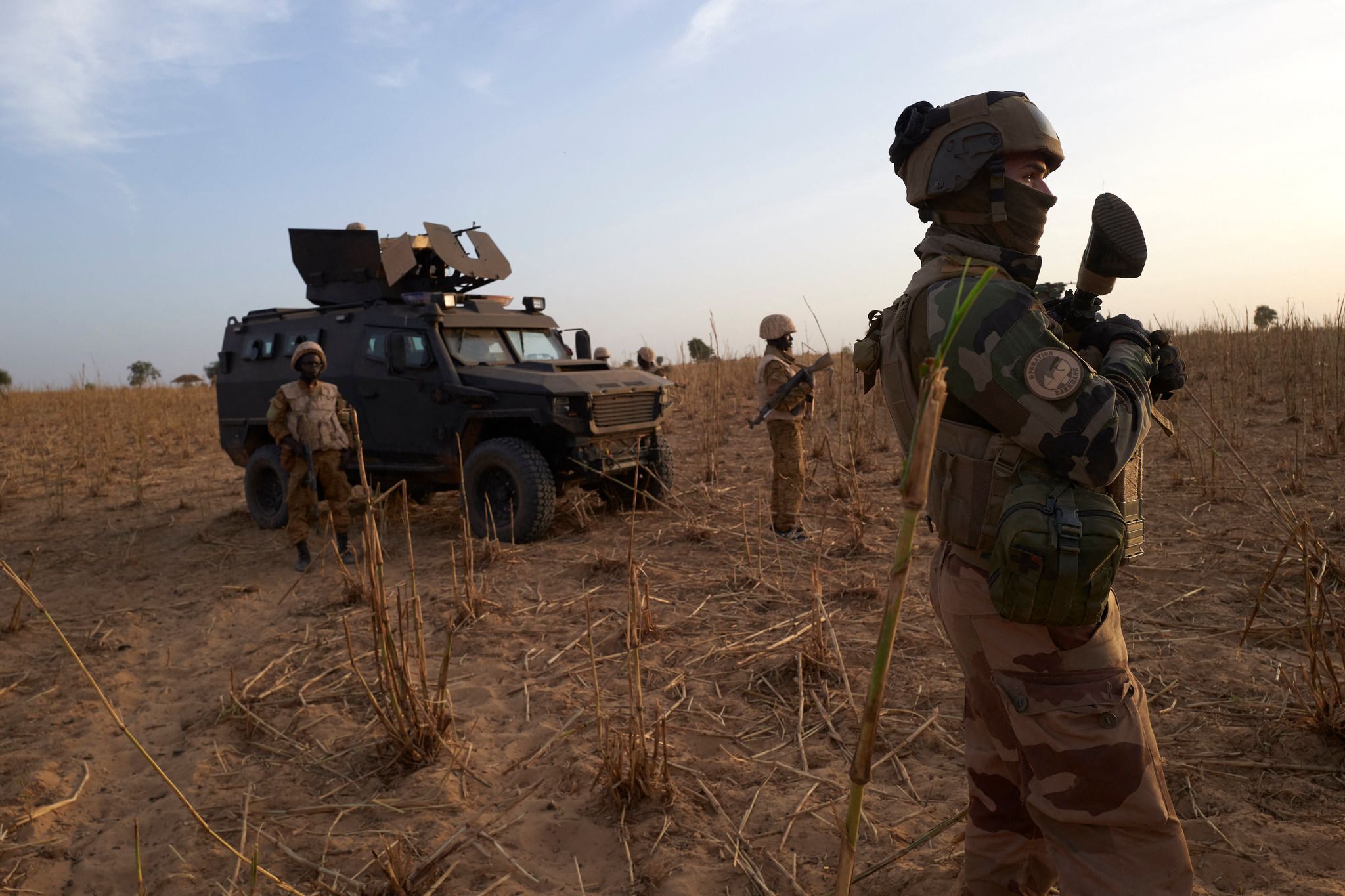 The child is carried in triumph, at arm’s length by a cheering crowd. With his slingshot, he has just shot down a minidrone sent by French soldiers from a logistics convoy trapped in Kaya (100 km north of the Burkinabe capital). On social networks, his image and his feat are relayed by Burkinabés exasperated by the French presence on their soil, while violence and insecurity continue to spread throughout the country.

Since Thursday, November 18, an angry crowd has prevented him from crossing this city which hosts tens of thousands of displaced people, victims of jihadist groups and, to a lesser extent, self-defense groups. Composed of 90 vehicles protected by a hundred soldiers, ” this convoy left Abidjan on November 14 and entered Burkina Faso on the 16th. Usually, it takes about ten days to reach Mali. », Explains to The cross, Colonel Pascal Ianni, spokesperson for the army staff (Ema). ” These incidents took place on a road axis that the French forces have been using for years and which has been called the “sacred way” as its importance recalls that of the famous strategic road linking Bar-le-Duc to Verdun to supply the French army. during the great war », Emphasizes Philippe Chapleau on his blog, Ligne de Défense. A route taken by French logistics convoys since 2015: “It’s the 32e convoy of this type “, says Colonel Ianni.

► Is the convoy still blocked?

« No, it is not blocked, replies the spokesperson for Ema, it is parked a few tens of kilometers from Kaya. We have decided to deploy to the south of the city, while the spirits calm down. For us, it is a question of lowering the tension and avoiding another day of face-to-face between the demonstrators, the Burkinabé gendarmes and the French soldiers.. »

If the convoy is not blocked, according to the French army, it has not moved at all since Thursday in the direction of Niger, the country through which it must transit before reaching Mali. ” We have made it clear to President Kaboré that we would like him to resolve the situation in Kaya and I believe it will be resolved. “, Explained Saturday, November 20, the Minister of Foreign Affairs Jean-Yves Le Drian. However, 72 hours later, the French request was unsuccessful. ” The convoy tried to fall back towards Ouagadougou, but the demonstrators organized themselves, they raised many roadblocks on the road, in particular at the entrance of the city. So that the French gave up going to the capital », Assures Burkinabé journalist Édouard Samboe. ” Faux, reacts Colonel Ianni. We absolutely did not give up going to Ouaga. We are just stationed to explore all the options. We will follow the chosen option as soon as the conditions are met. We are very peaceful. “

What do the protesters want?

« They want the departure of foreign armies from Burkina, in particular, the French », Answers Édouard Samboe. “ At best, they do not understand why they cannot overcome armed groups, when they have so many materials and resources. At worst, they suspect the French of helping or secretly arming the terrorists to justify their presence in our country. ” And to recall that these demonstrations take place a week after the death of 53 people, including 49 gendarmes, killed in a jihadist attack and two weeks after the lightning passage of the polemicist Kemi Seba.

This activist says he came to Burkina Faso to demonstrate “Against the double game of France in its military operations in the Sahel and Burkina Faso and against the French military presence in Burkina Faso and the Sahel “. His deportation to Benin on October 30 gave him publicity and an audience on social networks. ” The young people who mobilize against the French convoy respond to the slogans of Kemi Seba and the Coalition of Patriots of Burkina Faso (COPA-BF), a vast pan-African movement which opposes the presence of French soldiers in Burkina Faso. Faso, says Burkinabé journalist Édouard Samboe. They are very followed on social networks and mobilize more and more people as evidenced by their action by Kaya. They call this movement against the French, “Resistance”. Moreover, they are so effective that the mobile Internet connection has been cut by the authorities in Ouagadougou and in several cities since Saturday. “

On the side of Paris, we rather see in this movement an anti-French manipulation as affirmed, Saturday, Jean-Yves Le Drian: “ It’s a little tense for internal reasons, but also external because there are influencers who wage an information war. ” Which ? “There are manipulators, by social networks, by fake news, by the instrumentalization of part of the press, who play against France, some sometimes even inspired by European networks, I am thinking of Russia” , replies the head of French diplomacy. In the crowd in Kaya, a protester waved a small tricolor. The Russian flag.