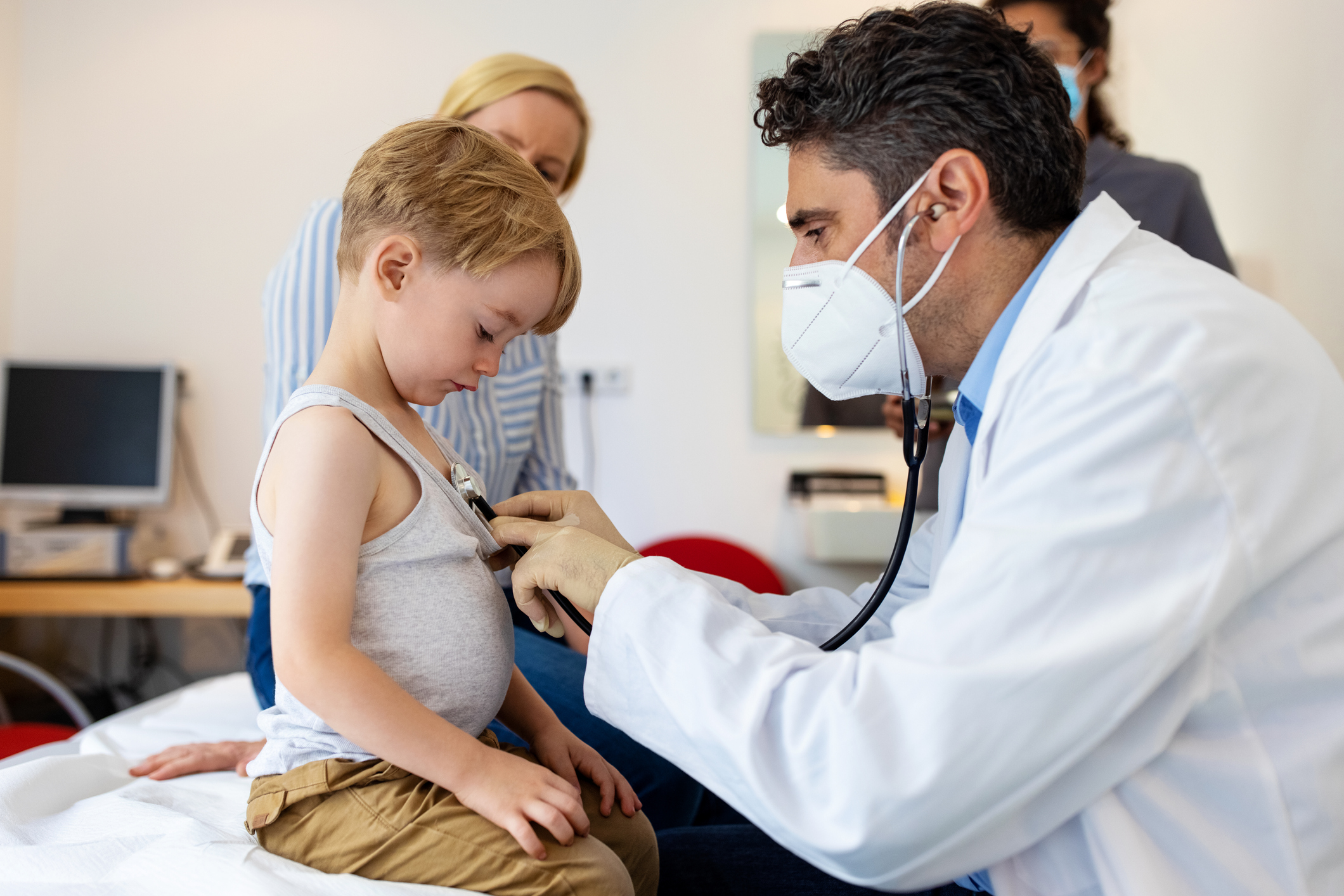 This is the scenario feared by insurers and mutuals: that of the “Grande Sécu”. This is one of the four options put on the table by the High Council for the Future of Health Insurance (HCAAM), a body bringing together players in complementary health, health professionals, consumer associations, parliamentarians. or trade unionists. This working group, commissioned this summer by the Minister of Health, Olivier Véran, will have to submit its report in the coming weeks, even if the members of the HCAAM are increasingly skeptical about the possibility of reaching a consensus.

This pharaonic “Grande Sécu” project would involve a complete overhaul of the health system, granting Medicare a much more important role than at present and reducing the scope of complementary activities to a very small extent. And it seems that the executive does not take a dim view of this scenario. Olivier Véran was already pointing out this summer the “structural weaknesses” of the current system and the loss of purchasing power caused by the management costs of supplementary insurance. An interest that can clearly be seen in the work of the HCAAM. Details of this scenario are set out on 17 of the 35 pages of the pre-report. This document, which Capital was able to consult, includes both the main principles of “Great Security” but also a study on the redistributive effects for households.

Thus becoming the universal insurer of the French, and for a broader spectrum of coverage, the health insurance would considerably reduce the remainder of health expenditure. All without the citizens needing to cover themselves with a supplement. Thus, all user fees – this participation necessarily remaining the responsibility of the patient for medical consultations or the purchase of medication – would be abolished and assumed by the Social Security. Even the 100% health reform – allowing the French to benefit from hearing, dental and optical care fully reimbursed by health insurance and complementary health insurance – would fall under the full bosom of Social Security.

Obviously, such a project implies a surge in expenses borne by Social Security. They are estimated at 18.8 billion euros, to which is added a loss of 3.5 billion euros related to the tax on insurers, or 22.4 billion euros in total. In order to guarantee the financial accessibility of care for all French people, and by the way to avoid encouraging health professionals to apply prohibitive tariffs, the Grande Sécu intends to “strengthen price regulation”, both for agreed tariffs and for free rates. “A reimbursement of excess fees by Social Security at their observed level seems inconceivable,” warns the HCAAM. Once these rates are better regulated, Health Insurance could even cover part of the overruns, without precisely defining the contours of such reimbursement.

If, on the other hand, the health professional practices agreed tariffs, then the Social Security would simply cover the additional part. Let us take an example: by going through a general practitioner approved by sector 1 – that is to say without exceeding fees -, the consultation is billed to you 26 euros. Today, the Health Insurance takes care of 70% of this sum, or 17.2 euros, and in the overwhelming majority of cases, the complementary will take care of the rest, or 7.8 euros. Tomorrow, it will therefore be Social Security which could cover 100% of this amount. This example could be extended to other expenditure items: paramedical activities, transport costs or laboratory analyzes.

The scope of action of the complementary would therefore be greatly reduced, their role being limited to the coverage of excess fees and expenses not covered by the Social Security – the hearing, optical and dental care baskets not included in the reform of the 100% health for example. In return, they would see a number of regulatory constraints disappear, such as the obligation of employers to subscribe, specific mechanisms for the civil service and the self-employed, and socio-fiscal exemptions from collective contracts.

The reform would also allow administrative simplification. “The formalities of access to complementary solidarity health could be drastically simplified”, underlines the draft report. As for the third-party payment system, that is to say the exemption from advance fees, it would be generalized because the Health Insurance would become the sole interlocutor for reimbursement. The HCAAM thus cites the recent successes of tests and vaccines reimbursed in full by Social Security, without any intervention from the complementary.

Savings generated thanks to the disappearance of management costs

Very fine principles, but for what reality for the French? As such, the impact study provided by the HCAAM is eloquent. The boom in health insurance spending implies a “due proportion” increase in revenue. In other words, the operation will be financially neutral for households in businesses since the money allocated to the budget of the complementary would be transferred to the Social Security. Companies would pay more employer contributions instead of the obligation to provide their employees with a supplement, the CSG could be raised, just like the VAT, taxes and other taxes allocated to Social Security.

But where the operation becomes profitable for households, it is thanks to the savings generated on the management fees of mutuals. They are estimated at 5.4 billion euros by Health Insurance and concern both the marketing of the contract (the acquisition of new customers, advertising, intermediaries), its management (collection of contributions and its termination) – and the services provided (application of third-party payment and reimbursement of health costs).

80% of the French would win

To refine the analysis, two scenarios were then put on the table, on the basis, for each of them, that 50% of French people covered by the least protective contracts will no longer benefit from additional health insurance. “This amounts to making the assumption that 20% of individuals covered by a company contract would no longer be covered, and that 70% of individuals today covered by an individual contract would disaffiliate”, underlines the draft report. For complementary products, the market would therefore shrink by 70%, or 27 billion euros in evaporated turnover.

The first option consists of redistributing the savings made on management costs to each category of household. The second intends to target mainly the savings made on retirees and inactive. Whatever scenario is adopted, the first 8 income deciles would emerge as winners from the reform, as you can see in the graph below. In fact, the progressivity of contributions linked to this new social security model would be reinforced. People belonging to the second decile would thus contribute ten times less than those in the last decile. Note that if the poorest 10% of French people benefit less from the redistributive effects (between 110 and 140 euros in annual earnings) than those of the next decile (between 280 and 300 euros), it is largely because they are already benefiting complementary solidarity health which greatly reduces their out-of-pocket expenses. Health expenditure will thus weigh less heavily after reform. Within the second decile, the effort rate, namely health expenditure in relation to disposable income, would thus drop from 15.3% to 12.5% ​​with the second scenario.

If the 8th decile appears to be the tipping point of the reform – the operation being neutral for them – this is not the case for the richest 20% of French people, who are therefore the losers of the reform. The last decile would see its health expenditure increase by 300 euros per year with scenario number 2. Significant losses that should however be put into perspective with regard to their standard of living.

Simulations challenged by the complementary

These simulations and the staggering cost of mutual management fees are however contested by Eric Chenut, the new president of the French Mutuality. “If the Health Insurance were to resume the activity of complementary, there would be additional costs with the transfer of associated personnel. Otherwise, there would be a considerable social plan, ”he told the Parisian. The president of the French Insurance Federation, Florence Lustman, has also waved the red flag of unemployment. According to her, 100,000 direct and indirect jobs would be threatened by the Grande Sécu project.

“In addition, comparing the management costs of compulsory health insurance and mutuals does not make sense. For Social Security, we do not take into account, for example, the collection of contributions provided by Urssaf, continues the boss of mutuals. And in our management costs are integrated benefits in kind and in service such as preventive actions and the development of contracted networks which make it possible to reduce the remainder of the charge. ”