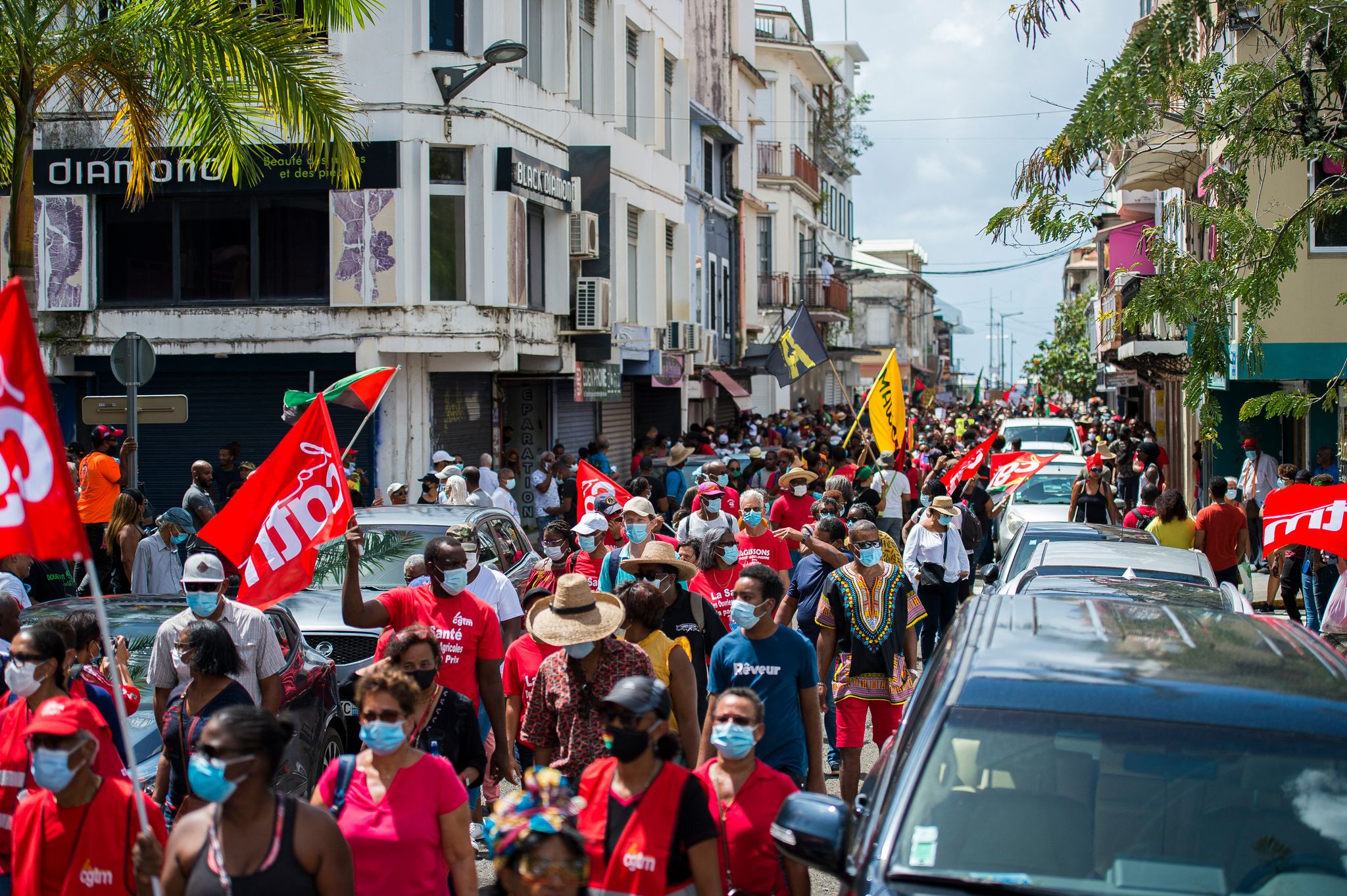 Patricia Chatenay-Rivauday connects the arguments at a very rapid rate. No need to hesitate, she knows the file. The dates, the names, the numbers. She doesn’t sleep much anymore, since she was “Viscerally engaged” against chlordecone.

→ READ. A new strategy to fight chlordecone in the West Indies

To this very toxic insecticide, spread in the banana plantations of the West Indies, she blames the death of her sister and that of her father. Every month, she talks with lawyers: “Everyone told me that such a scandal would never have taken place elsewhere in France, she asserts. Or else, justice would have already done its job, the victims would be compensated and the soil cleaned up. “ This is still not the case, neither in Martinique, nor in Guadeloupe.

This Tuesday, November 23, one of the lawyers seized of the file, Mr.e Christophe Lèguevaques, tries to revive the judicial machine. He requests, in an open letter published by The cross, the holding of a trial for “prejudices of anxiety”, a procedure launched in November 2019, in order to condemn the State. This collective action has dragged on for “More than eighteen months”, without “The State (has) taken the trouble to present its defense”. Such deadlines carry “Necessarily infringing the principle of a fair trial”, writes the lawyer, pointing to the risk that France will be sanctioned by the European Court of Human Rights.

→ OPEN LETTER. Open letter: “The State in the face of chlordecone, an unbearable contempt”

The other ongoing criminal procedure dates back to 2006 and will most certainly end with a dismissal, the facts being deemed to be time-barred. The complainants were informed by videoconference in February 2021, fifteen years after the first complaint, and Martinique immediately caught fire, experiencing its greatest mobilizations for ten years. This is to say how the subject remains sensitive. And current: in the general strike which paralyzes Guadeloupe since November 15, chlordecone is cited among the reasons for the anger.

The West Indians, it must be said, are marked in their flesh. “It’s kind of our DNA. Today, if we take a blood test and find chlordecone there, we know that you come from Guadeloupe or Martinique ”, believes Jonathan Leury-Agarat, founder of the movement Farmers for neither land. The molecule manages to cross the placental barrier and exposure begins in the early stages of fetal development. Then, it is the absorption of contaminated products that maintains this rate of chlordeconemia, and the habits of self-consumption and barter – from allotment gardens not always tested – are so entrenched that it seems complicated to change.

According to scientific studies, six hundred years will be necessary for the natural depollution of all soils, when the insecticide remains detectable in more than 90% of the populations. For Janmari Flower, doctor in ecology at the University of the West Indies and member of the Vivre association, the urgency is to obtain more resources for soil research and diagnosis. It alerts in particular on “The cocktail effect”, the combination of chlordecone with other chemical inputs, such as glyphosate, which “Is to be feared for the next few years”. “What are we going to leave to our children? “, asks Janmari Flower.

The activists, in fine, have the impression of having been guinea pigs, on which the State has tested “His shenanigans”. Their anger has become deaf and their mistrust immense: some reject the vaccine against Covid-19, convinced that France is seeking to “Poison again”. If it does not belong to them, Patricia Chatenay-Rivauday however justifies: “The chlordecone affair reveals to us what the state has always thought: ‘These are blacks on an island, they can die!’ “ The words are harsh, excessive will judge some, but at the height of the resentment of many Antilleans.

The State, it is a fact, extended by ministerial derogations the spreading of the insecticide until 1993, even though it had banned it in 1990 in France. The objective was then to ensure the survival of the banana sector, which was fighting against the banana weevil, and to allow companies importing chlordecone – mostly owned by descendants of settlers, the “bekés” – to ‘sell their stocks. The protagonists of the scandal, some of whom have confessed to lobbying the state, have since died. “They have never been tried, regrets Philippe Pierre-Charles, trade unionist and aggregate of history. Today their descendants lead economic empires in the West Indies. Can you imagine the feeling of injustice? “

For a people already bruised by slavery, this is too much impunity. The case is described by the West Indians as “Crime of poisoning”, from “Silent genocide”, as the dead pile up. “It’s also a fight for the parents we have lost”, claims Patricia Chatenay-Rivauday, who besides her sister and her father, is convinced that the insecticide caused the death of her uncle, her sister-in-law, some of her cousins. Eleven people, she counts, in her close entourage. Thirty by adding friends of friends. “I don’t know a West Indian who doesn’t have cancer deaths around him”, she blurted out.

Exposure to chlordecone, an endocrine disruptor and proven carcinogen, is an increased risk factor for prostate cancer, according to Inserm, and agricultural workers who suffer from it may soon be compensated. The same Inserm refutes, however, any effect of “Excess mortality” among exposed workers. Whatever, psychosis has set in: “As soon as it hurts somewhere, it becomes obsessive”, says Patricia Chatenay-Rivauday, who has been doing more health checks since the death of her parents. She concludes: “In the asbestos scandal, the state was condemned for prejudice of anxiety …”

Criminal action was launched in 2006, when four West Indian associations filed a complaint against X for endangering others and administering harmful substances that had harmed the physical integrity of others. The public prosecutor disputes the admissibility of the complaint.

In 2008, after citizen mobilizations, the Court of Cassation deemed the complaint admissible. The case is relocated to the health center of the Paris tribunal de grande instance.

In 2021, the investigating judges announce to the plaintiffs a probable dismissal.

A collective action for “prejudices of anxiety” was launched in November 2019, in order to condemn the State, which cannot be attacked criminally.

In May 2020, the administrative court is seized. Since then, the procedure has not advanced.

End of November 2021, Me Lèguevaques is asking the court to close the investigation and start pleadings by February 2022.

Prostate cancer soon to be recognized as an occupational disease

The announcement was made in the Senate on October 20 by the Minister of Agriculture. It responds to a promise made by Emmanuel Macron in 2018, during a visit to Martinique, and paves the way for compensation for the agricultural workers concerned. A first half-hearted victory for activists who fear a ” obstacle course “ and wonder about the recognition of other potentially related disorders, including premature births or endometriosis.