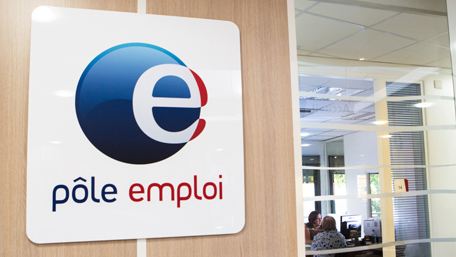 On October 1, the flagship measure of the unemployment insurance reform, namely the new method of calculating benefits *, entered into force. But two other penalizing measures must still be put in place by the end of the year, as announced by Jean Castex on September 8. It is about the tightening of the rules of degression for the highest incomes and the application of stricter conditions to open a new right to unemployment. a stopped, published in the Official Journal this Saturday, November 20, acts their implementation on December 1.

As a reminder, since July 1, the degression of unemployment benefits has come into force for people under 57 years of age who received a salary greater than 4,500 euros gross per month as part of their activity. Concretely, this measure provides for a maximum reduction of 30% of their unemployment benefit. And this, from the ninth month of compensation. Or from March 2022 for people who have opened a right to unemployment on July 1. But on December 1, as provided for in the decree published this Saturday, this measure will be tightened: the degression will apply from the seventh month of compensation for new beneficiaries, and no longer from the ninth, as is the case currently. Or from June 2022 for job seekers who will be eligible for unemployment on December 1.

These two tightening (of the degressivity rules and of the conditions for opening a new right) will apply more exactly to people whose employment contract ends as of December 1, with the exception of those whose dismissal procedure was hired previously. For the latter, the current conditions will apply (effective degression from the ninth month of compensation and four months of work required to open a new right).

The conditions for a return to better fortune are met

Two indicators are taken into account to know if the economic situation is improving. The first is the change in the number of job seekers registered with Pôle Emploi in category A (without any activity). The second is the level of hiring. To observe the improvement of the labor market, it is necessary at the same time that:

However, at the end of August, the number of DPAE stood at 3.22 million. As for the number of registrants in category A of Pôle Emploi, at the end of August, it fell by 270,000 over the last six months. Unless there is a reversal in the labor market by the end of the year, the two conditions are therefore now met to tighten the conditions for opening a new right to unemployment and the rules of degression for high incomes. According to decree published on March 31, the Ministry of Labor gives itself the possibility of fixing by decree the date of entry into force of these hardenings. And this, within three months following the simultaneous fulfillment of the two conditions mentioned above. It is therefore now done, with the decree published this Saturday, November 20.

>> Our service – Are you looking for a job as a Business developer? Take advantage of a free test to certify your skills and get the job you deserve thanks to our recruitment platform

The bonus-malus (partially) effective in September 2022

As a reminder, another part of the reform also (partially) entered into force on July 1: the bonus-malus on short contracts. The objective of this measure is to limit employers’ recourse to short contracts in seven sectors of activity, where the rate of breach of contracts is greater than 150% (manufacture of foodstuffs, beverages and tobacco products production and distribution of water, sanitation, waste management and pollution control; other specialized, scientific and technical activities; accommodation and catering; transport and storage; manufacture of rubber and plastic products as well as other non-metallic mineral products; woodworking, paper industries and printing).

The bonus-malus will be calculated from the end of contracts observed over the period from July 1, 2021 to July 1, 2022. And it is only from September 2022 that companies abusing short contracts will see their contributions increase, while good students will see their contributions decrease. It should be noted that among the sectors that are very greedy for short contracts, there are companies that have been particularly affected by the crisis (manufacture of food, drink and tobacco products; other specialized, scientific and technical activities; accommodation and catering; transport and storage). The government has therefore planned to exclude them temporarily from the bonus-malus system, until the effects of the crisis have subsided. The effective date is yet to be determined for these employers.

* The amount of unemployment benefits is determined on the basis of the daily reference wage (SJR). Previously, the latter was calculated only from the days worked by the job seeker. But since the entry into force of the reform on October 1, the SJR has been calculated on the basis of the average monthly income received by the job seeker over a period of 24 months (or even 36 for those over 53). This method of calculation is therefore less favorable to job seekers, since periods of inactivity will also be taken into account in the calculation of compensation. This greatly reduces the SJR, and therefore the amount of unemployment benefits. However, a floor level has been set, which consists in limiting the decrease in the SJR to a maximum of 43% compared to the old method of calculation.